The natural photo degradation of diazepam (valium) and similar medicines – followed by bacterial breakdown – may reduce their potentially harmful impact on the UK’s freshwater environment, a team of researchers has said.

Diazepam – used to treat anxiety and other similar conditions – has been detected in rivers across the UK and Europe, having been released from waste water treatment plants. At the levels recorded, it has the potential to produce harmful ecological effects in surface waters, including changing the behaviour of fish shoals and their ability to sense danger from predators.

Now, experts in the Biogeochemistry Research Centre at Plymouth University and the Institute of Integrative Biology at the University of Liverpool, with funding from the Natural Environment Research Council, have identified a bacterial breakdown pathway. They say it could reduce the concentrations of diazepam and similar chemicals that reach rivers and subsequently flow into the world’s oceans.

Dr Alan Tappin, Research Fellow at Plymouth University and the lead researcher on the project, said:

“Contamination of aquatic systems by human and veterinary pharmaceuticals now appears to be extensive; however there is a significant lack of knowledge of their aquatic transport and fate, and effects on fish and aquatic organisms. Diazepam is seen as an essential drug by the World Health Organisation, but it is excreted into waste water treatment works because people take more than can be metabolised in their body. Previous research has shown that similar chemicals can have a negative effect on the behaviour of freshwater fish, and there is potential for them to impact marine ecosystems. Understanding diazepam’s chemical behaviour in the environment is therefore crucial.”

For the study, researchers in Plymouth and Liverpool recreated river environments in laboratories using water and bacteria taken from the Rivers Tamar and Mersey.

Previous research at Plymouth had demonstrated that diazepam and similar compounds could be quickly converted to benzophenones when exposed to sunlight. As a result, the current research team exposed bacteria to diazepam and ACB (a benzophenone) to analyse whether the medication could be broken down by natural microbes. Experiments were also conducted to see if the compounds were preferred by bacteria even when other sources of energy were present.

The researchers found that diazepam was not readily attacked by bacteria, particularly when other compounds were available as a source of energy. However, ACB, its photo-degradation product, was extensively attacked by the bacteria from both rivers and completely broken down into small, natural molecules, including ammonium.

“Significant ACB degradation occurred in every experiment, leading us to propose that the aquatic photo-degradation of diazepam to ACB, followed by breakdown of ACB, is a key removal pathway for these emerging contaminants. As ACB is photo-produced by several benzodiazepines used as medicines, this pathway is relevant for their removal within freshwater environments. Our study builds on previous work within the Biogeochemistry Research Centre demonstrating the conversion of diazepam to ACB in sunlit surface waters. Given the current concern around the impact of benzodiazepines on river environments, our study can make an important contribution to assessing the risk posed by diazepam and similar medicines to the environment.” 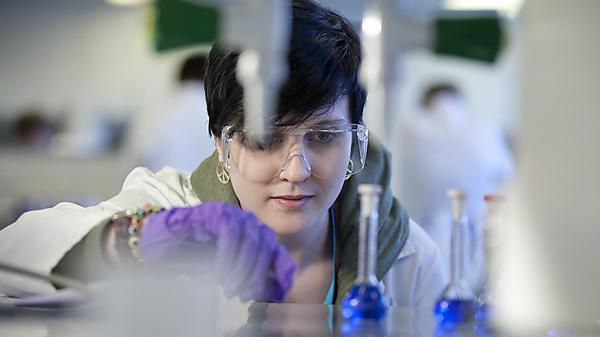