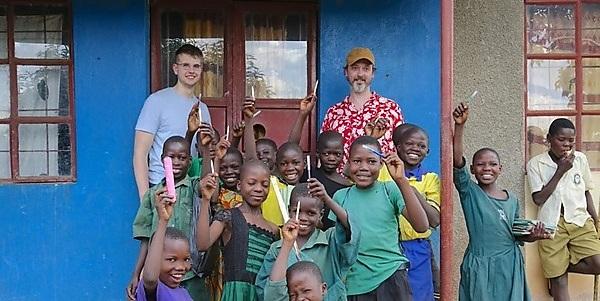 Now Illustration students are helping to tackle it by making educational pieces for families in low to middle income countries.

The students from the University of Plymouth recently travelled to Uganda as part of the FRESH AIR project led by the University’s Peninsula Medical School.

The project has worked with midwives to raise awareness of the damage of biomass fuels among women in the country, who are exposed to the fuels more through cooking. The second and third-year Illustration students have created bespoke educational materials to highlight the dangers of smoke inhalation, and encourage mothers to keep their children away from the fires.

The art is an aspect of the FRESH AIR project that has already received positive acclaim from mothers, midwives and children in the Jinja district of Uganda, alongside professionals from the World Health Organisation.

Dr Rupert Jones is leading the project, and data so far shows that the education programme is having an impact on women’s decisions, which could save and extend thousands of lives going forward.

Free public event: Action for Healthy Lungs in Africa and Beyond

It’s really about all the creative ways we’re helping to educate people to prevent them getting lung disease, and how to treat themselves to make themselves fitter and weller without the use of drugs.

“I created an educational comic book with a narrative based around educating women about the dangers of inhaling fire smoke. That way, they can work to improve ventilation and make healthy alternatives in their homes to minimise the risk. The personal highlight of the trip for me was taking our work into a rural Ugandan school where the children and tutors reviewed our work and they were very positive – positive to the point where the children all started singing to us, which was very enjoyable.”

“I think these kind of trips are important because they show potential for illustration and for our student illustrators to see how their work can be used on important real-life projects related to health but also to other global issues such as sustainability.”

Illustration is all around us, in all forms of communication. We’ll encourage you to explore a range of techniques, media and approaches so you’ll be just as likely to see your work on the side of a building or on a tablet screen as on the pages of a book

Award-winning, committed tutors – who work at the forefront of illustration and are passionate about image-making – will support you on your journey.
Let’s explore the course 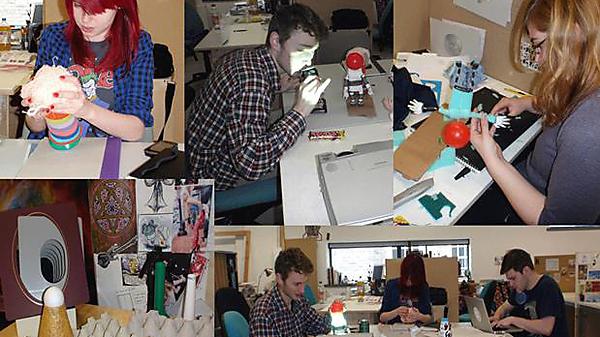