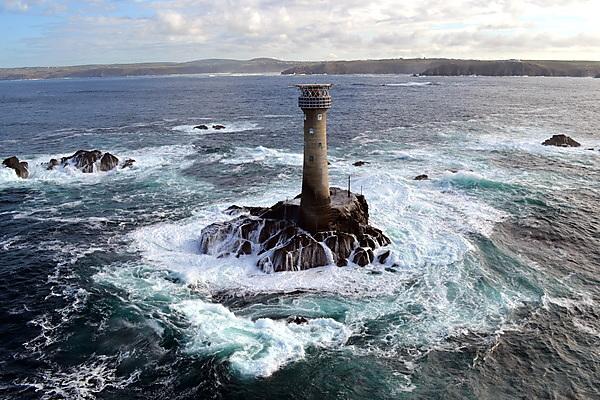 The issue of how heritage structures are impacted by environmental factors such as wind and waves is the focus of a prestigious journal released this month – and edited by a respected coastal engineer at the University of Plymouth.

Alison Raby, Professor of Environmental Fluid Dynamics in the School of Engineering, Computing and Mathematics has led a special edition of the renowned Philosophical Transactions of the Royal Society A, which focuses upon mathematical, physical and engineering sciences.

Drawing together 13 research papers from around the world, the themed issue examines a range of structures and different forms of ‘environmental loading’ – from wind and waves, to ice flows and earthquakes.

“Our iconic heritage structures have great cultural, and in many cases functional, value and have withstood the elements for many years,”

“But there is genuine concern for the long-term future of many of these structures. What we have attempted to do in this special issue of the journal is pull together a number of investigations that examine the ways we can determine environmental loading, and how we can therefore make informed choices around maintenance and protection.”

Professor Raby is the project lead for STORMLAMP – STructural behaviour Of Rock Mounted Lighthouses At the Mercy of imPulsive waves – which is investigating the resilience of some of Britain and Ireland’s most exposed coastal lighthouses.

Funded by a £1 million grant from the Engineering and Physical Sciences Research Council, STORMLAMP has been looking at the Eddystone Lighthouse, near Plymouth; Bishop Rock, Wolf Rock and Longships, in Cornwall; Les Hanois, in the English Channel near Guernsey; Fastnet, to the south of Ireland; and Dubh Artach, off the west coast of Scotland.

It was during the early phases of this project that Professor Raby began to understand that complementary investigations were taking place in other institutions, and with the support of the Philosophical Transactions of the Royal Society A worked with academics around the globe to produce a special issue.

Among the topics discussed in the journal include the retrofitting of Maori communal houses at risk from earthquakes in New Zealand; ancient monuments in northern Thailand similarly at risk from seismic shocks; the futures of Gap Rock lighthouse in Hong Kong and the Luarca breakwater in Spain; and historic transporter bridges under strain from wind loading.

“To have gathered so much new and fundamental research for this edition is really exciting,”

“And what it demonstrates is the willingness of groups of academics to share research approaches and findings, which will improve current and future research projects, as well as their outcomes.”

Professor Raby’s co-editors on the project were Professor Dina D’Ayala, of UCL; Professor James Brownjohn, of the University of Exeter; and Dr Alessandro Antonini, of TU Delft, The Netherlands.

The special issue can be accessed online via the link below.

Philosophical Transactions of the Royal Society A

How have iconic lighthouses situated on precipitous reefs, survived for a century or more? Will they survive into the future?

To answer these questions the University of Plymouth has been conducting research into wave loading on rock lighthouses over the past few years. A pilot project on the Eddystone Lighthouse led to the multi-partner Engineering and Physical Sciences Research Council funded STORMLAMP (STructural behaviour Of Rock Mounted Lighthouses At the Mercy of imPulsive waves) project.

The research team worked with the Filmbright video production company to produce a short film on the project to date. Context for the film was provided by the UK General Lighthouse Authorities, and the historic background to the lighthouses by the Plymouth City Museum and Art Gallery historian.