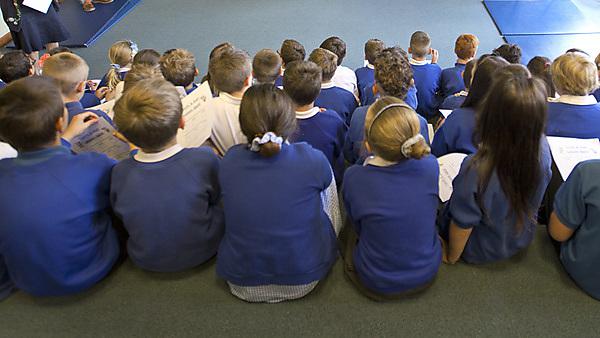 A new link has been identified between obesity in childhood and the lowering of the age of puberty.

The research which discovered the link, carried out at University of Plymouth's Faculty of Medicine and Dentistry, is published in the Journal of Clinical Endocrinology and Metabolism.

The study focuses on a protein called sex hormone-binding globulin (SHBG), the regulation and role of which in children are poorly defined. SHBG binds to the sex hormones androgen and oestrogen. SHGB levels are initially high in childhood but decline significantly before puberty, in essence ‘allowing’ puberty to happen.

The research team analysed data from the EarlyBird longitudinal measurement of 347 schoolchildren in Plymouth, UK, aged five to 15 years.

The findings of this study showed that a child who is heavier at age five tends to have lower levels of SHBG throughout childhood and reaches puberty sooner. The tendency was more striking in girls than in boys.

The study suggested that a combination of hormonal disturbances that are associated with weight gain and obesity, together with inflammation, might be the biological mechanism that explains the observed relationship between weight gain and the declining age of puberty.

It is not known why increasing body weight is associated with earlier puberty, especially in girls, but one possible explanation for this is that humans, like all mammals, require large amounts of energy to reproduce. Throughout most of evolution, a well-nourished state would have greatly favoured successful pregnancy in a world with high perinatal mortality. Conversely, a state of poor nutrition and low body weight, is disadvantageous to reproduction, and slows down reproductive maturation or leads to infertility. Deliberate weight control in female athletes and dancers, or the state of anorexia nervosa, still result in the same phenomenon of infertility. Thus, the hormones that control appetite and body weight interact closely with those that allow fertility. The new findings show that SHBG is part of an interaction between the body’s systems for controlling energy balance and reproduction.

The findings are of additional interest because they might go some way to answering the question of why, historically, the age of puberty has declined over the past century. For example, the onset of puberty in girls in 1920 was 14.6 years; in 1950 13.1; in 1980 12.5; and in 2010 10.5. In boys puberty has always tended to occur a year or so later than in girls.

The findings also open a debate about the role of the worldwide obesity epidemic in the general lowering of the age of puberty. The World Health Organization recognises childhood obesity as one of the most serious global health challenges for the 21st century. Figures from the UK’s National Child Measurement Programme 2012/13 show that almost a third of 10 to 11 year olds and over a fifth of four to five year olds were either obese or overweight.

Worryingly, as well as now identified as contributing to the lowering age of puberty, obesity in childhood also increases the risk of heart disease and diabetes in later life.

The study was led by Professor Jonathan Pinkney, Professor of Endocrinology and Diabetes at University of Plymouth's Faculty of Medicine and Dentistry. He said: “There are critical windows early in life which the die is cast for our long term health. We know that weight gain often begins early and we wanted to investigate how early weight gain might be linked to earlier puberty.”

He added: “Here we have found compelling evidence that hormonal effects of obesity, and associated inflammation, affect levels of SHBG and hence the age when puberty commences. As a higher proportion of youngsters around the world have become obese, so has the age of puberty dropped. We now know that the relation between these issues is more than coincidental.”

He concluded: “These findings have significant implications for children’s development and public health around the world. Reduction in the age of puberty, as a result of early weight gain, expedites physical and psychosocial development at a younger age, and this potentially means an earlier ability to reproduce as well as poorer long term adult health. The observed effects on puberty are another reason to take action against childhood obesity.”

Journal of Clinical Endocrinology and Metabolism