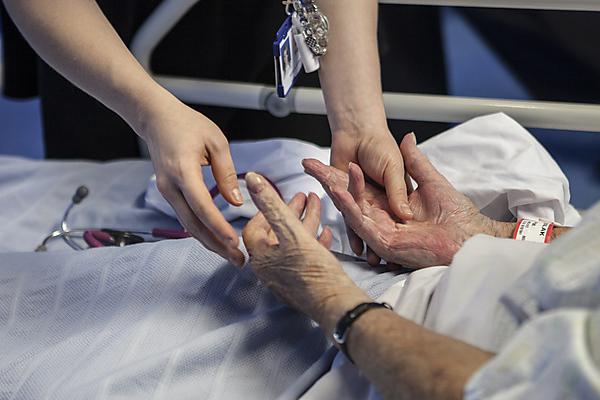 Between 1998 and 2013 emergency admission to UK hospitals rose in number by 47 per cent. In recent months, an increasing number of hospitals have been put on black alert as pressures from emergency admissions have serious repercussions for bed occupancy and planned (elective) treatments.

There is evidence that a significant proportion of acute hospital admissions are avoidable, and hospitals across the country have introduced a range of innovative initiatives to try to avoid these unnecessary admissions. Until now, there has been no research to investigate how well such measures work in practice and whether they meet the needs of patients.

The research was funded by the NIHR Health Services and Delivery programme and supported by the NIHR Collaboration for Leadership in Applied Health Research and Care South West Peninsula (PenCLAHRC).

The study found that the likelihood of a decision being made to admit a patient to hospital was not determined solely by the medical diagnosis and perceived risk: it was also influenced by the seniority and experience of the clinical staff making the decisions, the patient’s social circumstances, access to certain investigations, the proximity of the four-hour target and the availability of time to arrange alternatives to hospital admission where these existed.

However, the approaches taken to reducing unnecessary admissions varied considerably across the four hospitals, and it was evident that the various innovations had been developed to respond to local need. Some of the main innovations included a hospital based acute GP service, ambulatory care units, a range of discharge assessment procedures and teams for elderly patients, the availability of rapid access outpatient clinics, the use of observation areas where patients were not subject to the four hour target – allowing more time to gather vital medical and social information, observe, investigate and make arrangements that could avoid hospital admission.

Early patient assessment by senior staff always played a central role in reducing admissions in all four hospitals, but their expertise was deployed in different ways, including in a purely advisory “controller” capacity supporting trainees and other frontline staff.

This study found that, on the whole, patients were very happy with their experience of hospital emergency care although they were also aware of the severe pressures on these hospitals, and there were certain areas of criticism from carers. For medical and nursing staff of all grades there were concerns around pressure of work, staff retention, but also the use of locum staff – an observation which emphasised the importance of good local knowledge of alternatives to admission and continuity of team and care.

“Hospitals and their staff are under immense pressure to ensure that each and every patient receives the best and most appropriate treatment. The emergency department is a particular pressure point and we were impressed by how each of the four hospitals in the study addressed the issue of avoiding admitting patients to the ward where it was unnecessary. While there were common themes in how the hospitals approached this issue, the systems and innovations they put in place were informed by local knowledge and need.”

“The fundamental problem is the high demand for hospital treatment, but the pressure on staff, recruitment difficulties and sometimes reliance on temporary staff also tend to contribute to admissions. The four-hour rule expedites treatment decisions - which is a good thing, but it seemed that many decisions about care were made in a rush in the final half hour, which may be why some of the ‘off the clock’ innovations we observed were thought to be successful in avoiding admissions.”

According to Professor Pinkney this study captures the experiences of patients and staff and informs the ongoing debate about how to reduce avoidable admissions. The information can assist policy makers with the evidence they need in order to advise on innovations that can improve NHS performance and most importantly patient experience.
Professor Byng commented:

"The results of this study show that there is a range of different methods that hospitals can use to safely reduce numbers of potentially avoidable hospital admissions and improve patient care. Some of these approaches are already in use, whereas others could be more widely adopted or scaled up in ways that could contribute to reducing pressures on acute hospitals."