A graduate who earned numerous accolades during his studies at the University of Plymouth has been nominated for a national award by the Royal Television Society (RTS).

Alex Nicol, who graduated in 2015 with a first class BA (Hons) Media Arts degree, has already won the News category of the 2015 RTS Student Television Awards for Devon and Cornwall.

Now he has been shortlisted in the Undergraduate News category of the national competition after impressing judges with a documentary film titled Wars on the Moors, which focuses on ongoing legal arguments around river access in the UK.

Alex spent six months researching and producing the piece, which included interviewing user groups involved in the debate and attempting to find solutions to their dilemmas.

Speaking after winning the regional competition Alex, named Media Arts Student of the Year for 2014/15, said:

“During my time at the University of Plymouth I thoroughly enjoyed the freedom and ability to express myself through different mediums. The course helped me to develop a variety of skills and knowledge which enabled me to move into a commercial environment directly after graduation. Winning this award has made me reflect on how much time and energy was spent in the creation of the documentary over a six-month period, and I would like to extend my thanks to all the people who appeared and assisted in the creation of Wars on the Moors.”

As well as his success in the News category of the regional awards, Alex was also nominated in the Comedy & Entertainment section for another piece of work, What Did You Make Me For? That category also saw a nomination for another University of Plymouth media arts student Jack Wenman, for a piece called Working Title.

“We have been entering student work for the regional Royal Television Society Student Awards for the last five years and won every time. Alex’s award was very well deserved, and he has been an outstanding ambassador for Media Arts at University of Plymouth. He has been a valuable member of the staff student liaison committee, helping to bring new initiatives into the programme, and won the Dean’s award in his second year. We now wish him all the best in his future career.”

Alex will find out whether he has won the national competition during a ceremony at the British Film Institute's Southbank Centre in London on Friday 03 June.

The variety of different courses and the ability to cross-pollinate knowledge between courses is invaluable. The location is amazing for anyone interested in the outdoors, providing a perfect backdrop for any film shoot you could want.

Plymouth provided Alex Nicol with the opportunity to experiment, develop commercial awareness, create productions, and network within the industry. 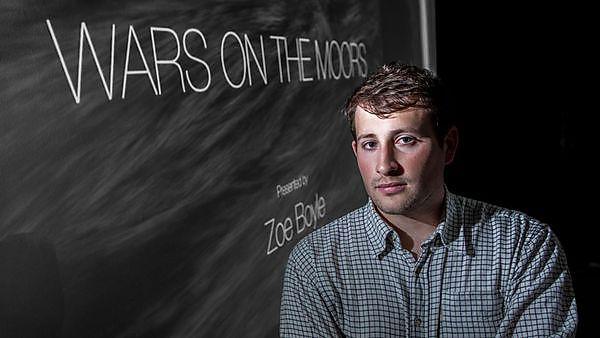