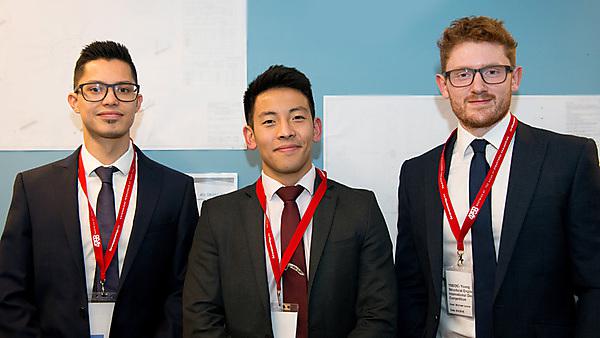 A team of University of Plymouth students have triumphed in a major international competition for their vision to create a space station that could orbit Mars.

Entrants were asked to design a modular construction space station that could be assembled in zero gravity conditions and act as a staging post for exploration of the planets of our solar system.

It needed to have the capacity to develop its own gravity field, accommodate the servicing and launching of landing vehicles and support a permanent crew of 10 with additional accommodation for 10 other visiting crew members and engineers.

As well as a detailed report giving a structural overview and space worthiness, they also created section drawings of their proposed craft’s docking connection, elevation controls and module specifications.

Ajen, the team leader for the project, said:

“The aerospace industry has made tremendous leaps recently, with the successful launch and landing of the Falcon Heavy. As engineers, when we see innovation through the achievements of remarkable companies such as SpaceX, we see possibilities of what we can accomplish in the present and future. This competition provided an extremely exciting opportunity for us to fulfil our sense of wonder and appreciation for aerospace engineering. Although aerospace design is not part of our curriculum, we were still able to use our engineering mind-set to understand and figure out problems encompassing the space station design.

It gives me great confidence that with an effective team, efficient communication and a committed attitude, no problem is too great to solve.”

Elliot, the draftsman within the team, added:

“Neither of us had ever worked in aerospace design, so the whole project – and especially to win the competition – was amazing. We had done live projects that involved a lot of research before, but to enter a completely new field presented a range of different hurdles. From a design perspective, the whole process has been really useful and shown me that when I graduate this summer, the skills I have learned during my course will be transferable to a range of engineering challenges.”

“This competition proved to be a wonderful opportunity for us to apply our problem-solving abilities as civil engineers in an entirely new field. It is a field each of us continues to be amazed by and which continues to excite us with glimpses of what the 21st Century will bring. To be given the opportunity to work on a project which aligned our professional and personal interests so closely was reward enough of its own, but having that work recognised by the Institution of Structural Engineers as one of the winning designs was incredible.”

The Young Structural Engineers International Design Competition is a chance for young structural engineers to be adventurous, and encourages young engineers to develop their ingenuity, imagination and inventiveness.

It is run every three years by the institution’s Educational Trust, and was judged by a panel that includes specialists in the field covered by the competition and Directors of the Educational Trust.

The Undergraduate Prize is awarded to the best entry submitted by undergraduates studying a civil or structural engineering course, with the winners receiving £2,000 in prize money and a certificate.

Specialised modules facilitate research and manufacture tools or components for both station and planet-side operations until a self-sustaining colony is established. The command module is situated within the centre while corridor modules will provide a pathway into the modules in the circumference of the circle.

The Drake will not only ferry personnel and supplies to prospective colonies but serve as an orbital staging platform for exploration and colonisation efforts. The Drake’s versatility springs from its modular and compartmentalised design which utilises modules similar to those currently in use as part of the ISS. This ensures that current technology can readily facilitate construction and delivery of individual sections to orbit, whereby rapid assembly can occur, minimising risk

The modules will be designed to withstand launch, construction and orbital loads, and will have a 200mm aluminium alloy shell thickness and exposed areas will further be covered in kevlar and nextel to provide a debris protection blanket. Exterior metals will be anodized to ensure thermal efficiency, and the space station will be insulated using multi-layer insulation, which is comprised of mylar and dacron.

An active thermal control system will be used to transfer heat and energy away from the wires in the space station to the outside utilising liquid-heat exchange systems and radiators. Wiring within the space station will have silicon insulation for fire risk reduction and power is generated utilising solar panels that extend from the central command module and the exterior modules.

Gain the skills and knowledge needed to play a key role in design, creation and maintenance of the vital infrastructures that support lives in our increasingly populated and changing world. 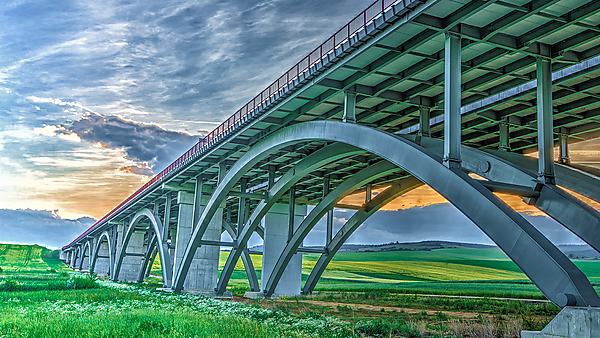