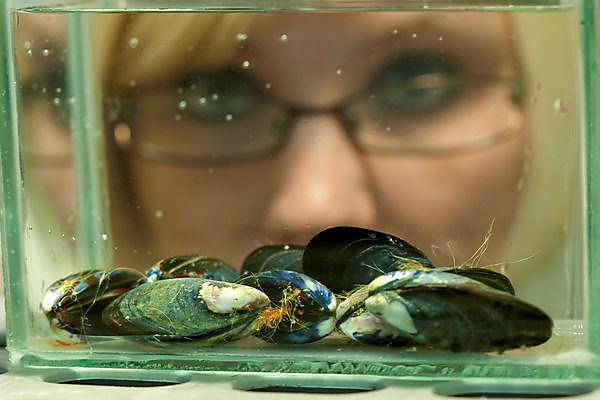 Scientists in the UK and Europe will examine the reactions of manufactured or engineered nanoparticles – used in food colouring, cosmetics and other industrial products – with other common pollutants such as exhaust fumes, tobacco smoke and oil leaks, collectively known as polycyclic aromatic hydrocarbons (PAHs) and universally present in the environment.

They will then investigate whether the complex mixtures produced by these reactions could also have a detrimental impact on human and environmental health.

The three-and-a-half year study, funded with more than £750,000 from the Natural Environmental Research Council (NERC), will be led by Plymouth University Professor of Ecotoxicology Awadhesh Jha. It will see scientists from Plymouth working alongside colleagues from the University of Nottingham, King’s College London and the Universita del Piemonte Orientale, Alessandria in Italy.

Professor Jha said: “Man-made nanoparticles are of tremendous technological and economic interest and have a wide range of potential applications in environmental remediation, medical and consumer products. But they have properties which make them potentially reactive, and these particles are being discharged into the environment alongside other pollutants, such as PAHs. These chemicals have known detrimental effects on health, including induction of cancer, but the risk to health of the mixtures they create with nanoparticles has never been fully evaluated.”

The interdisciplinary study involves biologists, environmental toxicologists, chemists and modellers, with researchers at Nottingham’s Nanotechnology Centre manufacturing and characterising the nanoparticles in the laboratory.

By varying the concentration and exposure time of marine mussel DNA and genes to the nanoparticles, both as separate chemicals and in combination with environmentally relevant PAHs, researchers will then assess the level of damage caused.

The team will also record other biological measures such as the effect on cell membranes and generation of free radicals which can damage cellular systems. Modelling approaches will be adopted to determine potential hazards and risks to our health.

Professor Jha added: “Millions of years of evolution have left the functions of many of these genes essentially unchanged – and they are the same in humans as they are in mussels. Understanding for the first time how these ENPs and PAHs interact will have positive global impacts across government and industry, and increase public appreciation of the potential risks and harm. The combined effect of contaminants has been a burning issue for both scientific and regulatory communities, and assessing their potential human impact is crucial to ensure we have measures in place to protect both our health, and that of our environment, while harnessing their potential benefits.”

The results of the study will be shared with industry and other relevant stakeholders, with any identified detrimental effects being highlighted to regulators and policy makers.