Competition winners who designed characters for a new video game have seen their creations come to life with the Devon Collaborative Outreach Network (DCON) and a local video game company.

Two winners and runners up from both Stoke Damerel Community College and Tavistock Community College visited Plymouth University last week after designing characters for ‘Tap Tournament’, a new game by So Good Studios.

Plymouth graduate, Jack Gill, set up So Good Studios through business incubation centre the Formation Zone, and launched the competition earlier this year alongside DCON to raise awareness of what is possible through higher education.

DCON – a collaboration of Plymouth University, Plymouth College of Art, University of St Mark & St John and partner colleges – increases participation in higher education among under represented groups. It does this via outreach activity with funding from the Higher Education Council for England (HEFCE).

Following a number of submissions from the year eight cohorts at both schools, the eventual winners had the chance to press the ‘enter’ button which saw their characters arrive in the game for the first time.

“It was great to meet the students today and to show them exactly what their characters looked like onscreen. We had such a hard time choosing the best characters but the winners, Sir Jestalot and Fred the Colourful, were just brilliant. The key things that helped us set up So Good Studios were a great computing course, our own friendship, and support from the University – none of which would have happened had we not ventured into higher education. I really hope some of the school students today will be inspired by our story and consider higher education too.”

“DCON aims to engage schools and colleges with higher education in our region and it was fantastic to welcome the students to Plymouth today. Thanks to the work being conducted by Plymouth University, the University of St Mark and St John and Plymouth College of Art, doors are being opened for lots of students who might not otherwise have known anything about the opportunities.”

Studying computing and games development at University of Plymouth

Dr Dan Livingstone, current students, and graduates discuss what it’s like to study here and show you some of our facilities.

How does the support work?

At The Cube at the University of Plymouth you'll have opportunities to access our Business Creation & Growth Service’s business support:

You can also meet with The Cube’s Student Enterprise Manager to discuss your business and any opportunities or issues you have encountered. The Manager can organise a referral into the University of Plymouth’s expertise and facilities if appropriate. 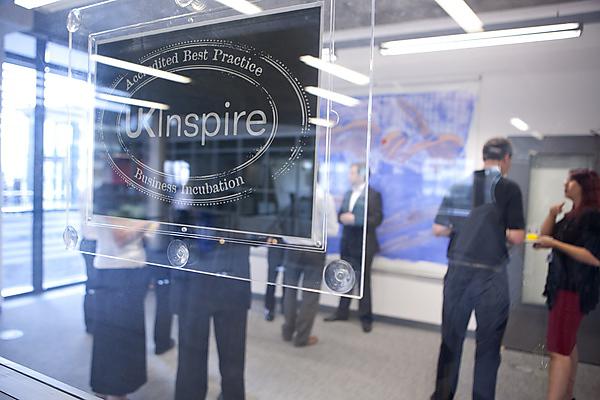