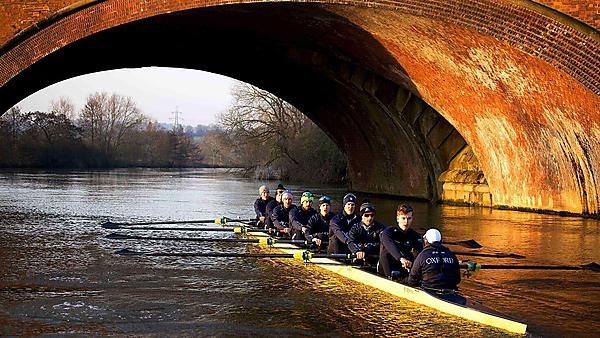 It was in early spring that photographer Roesie Percy secured her big breakthrough in The Times. Featured in the newspaper’s Unseen Gallery series, her evocative and colourful images from the world of rowing suddenly had a national audience. It landed her a commission to cover the world-famous Oxford and Cambridge Boat Race as well.

For any aspiring photographer, this would have been a significant achievement but, for Roesie, it was even more poignant as she’s registered severely sight impaired, with three separate congenital eye conditions that limit her to vision in just the corner of her left eye. With little central or peripheral vision or depth perception, she has had to develop her own approach and methodology to photography.

“Most photographers will look for the detail in their pictures,”

the third-year undergraduate on the BA (Hons) Photography degree in the School of Art, Design and Architecture says.

“They’ll see something that interests them and pinpoint on that. Whereas I will go for bold shapes and colours. As you’ll see with my photos, most are very colourful, and although they may be detailed in some regard, that’s not what I’m initially looking for.”

Roesie first became interested in photography when she was 11 through snapping pictures on her phone to upload to social media. Growing up in Bristol, she would often capture life around the harbour and some of the city’s grand buildings and architecture.

This led to commissions for the likes of Bristol 24/7 and a growing following via Instagram. But it was when she began to combine photography with her love of rowing that things really took off.

“I went to the Oxford and Cambridge Boat Race in 2018 and stood on Hammersmith Bridge with my camera,”

“I took some pictures and they were… well, awful! But that was the start of it. I went back the following year and had to borrow my dad’s Nikon, and I’ve never looked back. My photos were so much better.”

Roesie began to attend more and more events, including the prestigious Henley Royal Regatta, and, in 2020, was asked by Junior Rowing News to become their photography partner. Not even the COVID-19 pandemic could stymie her creative output, as she began to weave the sport into her coursework. This included an innovative project that focused on how rowers were keeping fit during lockdown – even convincing one person to transport their rowing machine down to the river’s edge so she could snap him against a fittingly ironic backdrop.

But what happens when that environment becomes more dynamic? How, we ask, does Roesie approach the challenge of covering a race?

“It’s because I know the sport like the back of my hand,”

“As long as I can do a recce, I can usually find the best locations and angles. During the race itself, I can hear when they’re coming – and their kits tend to be bold and colourful, which helps. I like to get a vantage point on a bridge, and I’ll sometimes have someone on the other side of it spotting for me. And because I know the way of the water, I know the line that they’ll take.”

That insight served her well when, earlier this year, courtesy of The Times, she was offered the chance to shadow the Oxford boat crew, both at their base and through some of their warm-up races. She also covered the race itself, something she described as “a privilege and an honour”.

Roesie is determined to expand her portfolio into other sports, aware as she is that the call for photographers who work exclusively in rowing is a vanishingly small one. She’s also keen to explore photojournalism, describing her style as documentary/creative. And while her sight impairment has provided her with something of a USP, she’s determined that her work be judged on its own merits.

“I compare myself to sighted photographers. People say my work is different and special, and yes, it is, but I don’t see it as a blind photographer. I see it as just a normal photographer. And it takes a lot for me to think a photo is good. It usually takes me a lot of time to edit them and be happy with them. I’m hard to please!”

“It’s life from the smallest aperture,”

she adds in conclusion.

“That’s what my eyesight is like. I can’t see a great deal so all I can do is see life through the smallest of apertures. I like that analogy." 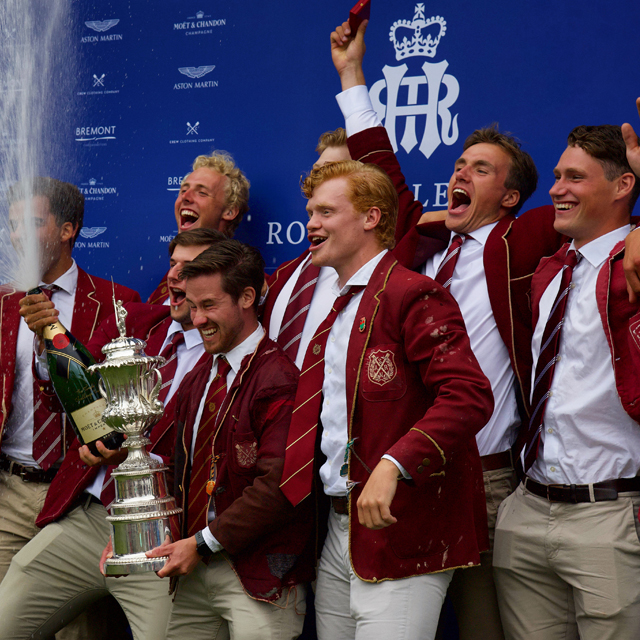 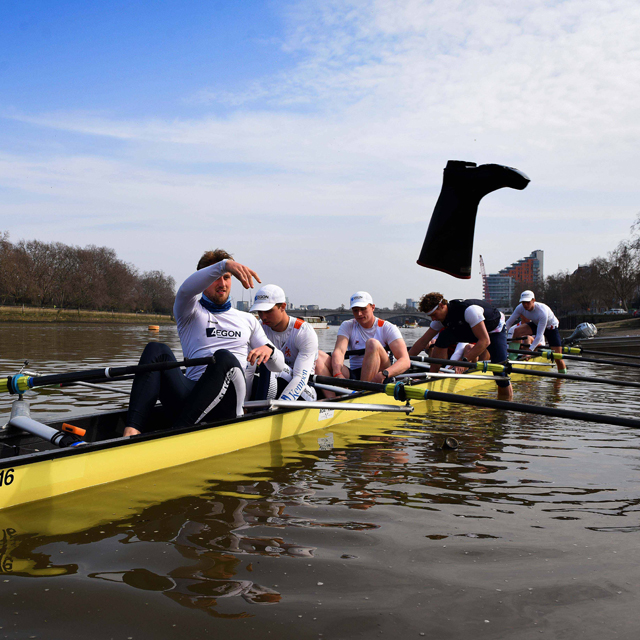 The Flying Wellies belonging to a celebrating Dutch crew 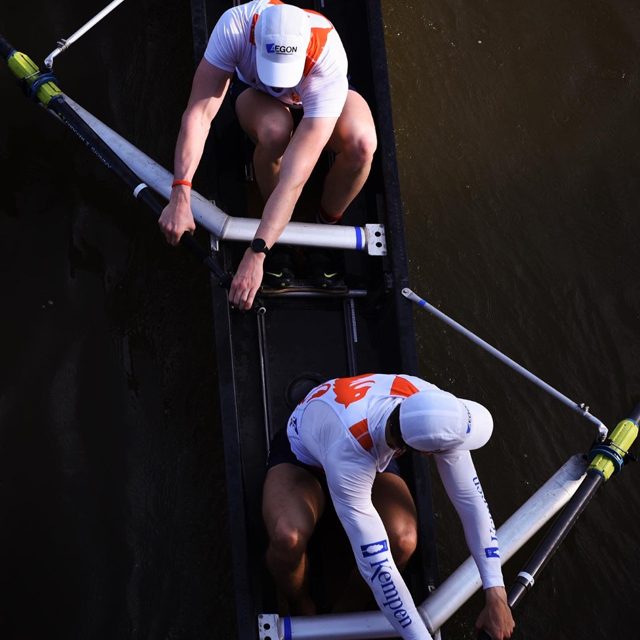 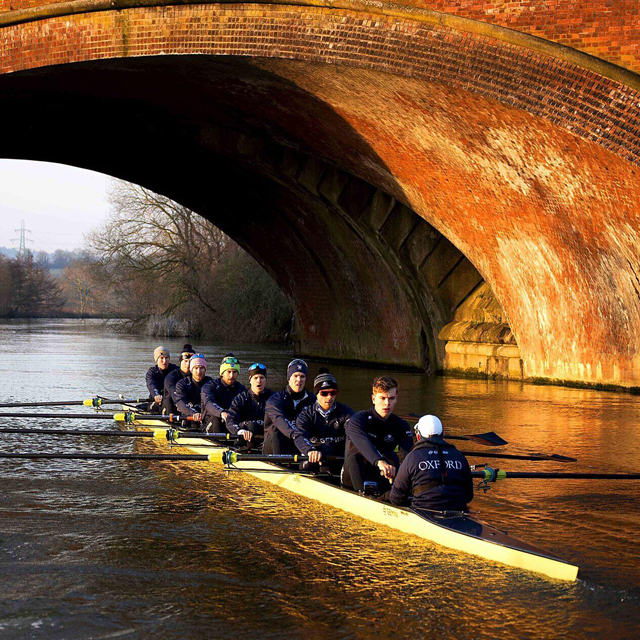 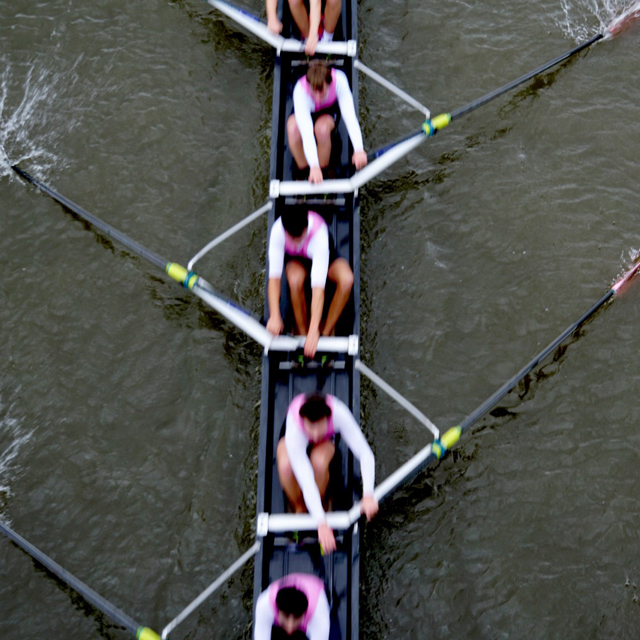 A shot from the Head of the River event in 2019 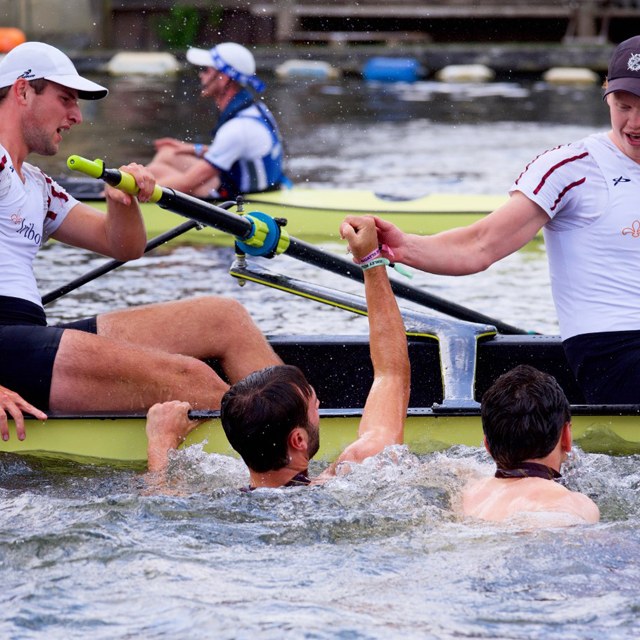