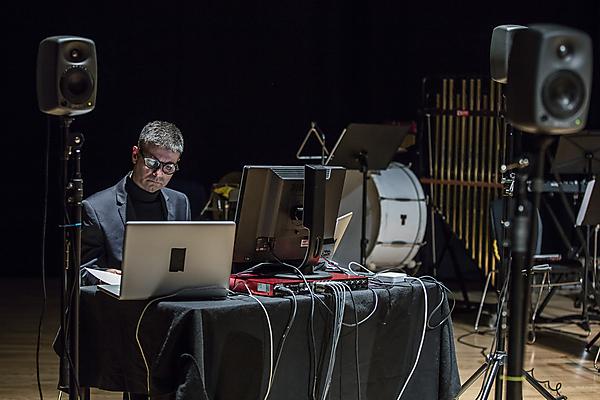 The potentially game-changing impact that Quantum Computing could have upon the UK’s music industry is to be the focus of a pioneering new project that will be launched in the New Year.

The collaboration between the Universities of Plymouth and Oxford will develop QuTune, a bespoke Quantum Computing programming toolbox to help musicians engage with the emerging – and transformative – technology.

Working with industry experts at Spotify, inMusic and Rigetti Computing, the team will run demonstration sessions of QuTune with the intention of creating a quantum-ready, technology-savvy community of early adopters.

The 12-month, £200,000 study, funded mainly by the UK National Quantum Technologies Programme, aims to prepare the ground for a much larger and longer-term project that will seek to widen the range of applications of QC technology in the music industry.

“The UK government has made clear its ambitions for a competitive quantum industry in our future economy. In order to realise this, however, it must enlarge the range of applications for the technology, forge new markets and develop a quantum-ready workforce. The music industry, which contributes more than £5bn to the UK economy, is heavily dependent upon computers and so the potential impact of next-generation quantum technology is likely to be profound.”

Quantum computing brings to music two advantages that classical computing cannot – new methods of creativity and vastly quicker algorithms. Both of these elements will be explored in QuTunes, which will be an open source programming toolbox, complete with tutorials and demonstrations.

Research on the use of computers in music dates back to the 1950s, and today computers are widely used across the industry. Film composers often employ them to generate and fine-tune their scores, and several music genres owe their very existence to computing technology. Moreover, faster quantum algorithms for searching databases have the potential to revolutionise the way music is distributed.

“This project will help us to gain a better understanding of how quantum computing technology would benefit our activities.”

“There are clear theoretical connections between quantum physics and music at a conceptual level. This project will provide the tools to exploit these connections in practice,”

added Professor Bob Coeke, of the Department of Computer Science, University of Oxford.

“I have no doubt that this project will provide new paradigms for all parties involved, for reasoning, creating and performing. We think of language and music, together with visual representation as the key pillars for understanding human perception, and this project could contribute to a unifying quantum model of these.”

"Quantum Computing tantalises us with the potential of computer-assisted exploration of very large creative spaces within the tight timeframes demanded by real-time performance and compositional-flow. Powerful new gestures, work-flows, and modes of expression glimmer on the horizon; inMusic is most intrigued and pleased to support this project's effort to map a path into the realm of quantum programming for music." 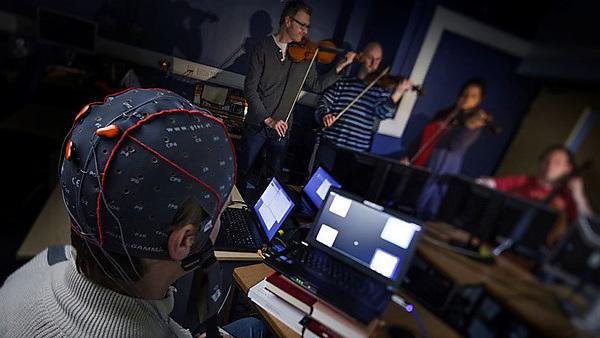 With cutting-edge research in topics including the interface between music, computers, and the brain within a vibrant contemporary music community, ICCMR offers a number of unprecedented opportunities for collaborative and interdisciplinary research with theatre, dance, psychology and neuroscience. It has an impeccable funding track record, with over £2.5m raised to fund its research within the last few years and it's groundbreaking research has been widely reported across numerous media channels including the BBC, CNN, Wired and The Telegraph.
Find out more about the ICCMR