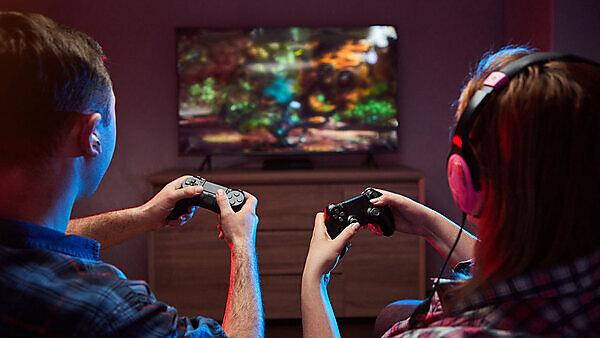 New research has shown that ‘loot boxes’ in video games are structurally and psychologically akin to gambling.

Completed by the Universities of Plymouth and Wolverhampton, the research was commissioned by GambleAware to explore any links between video game ‘loot boxes’ and problem gambling, as well as identifying any particular demographics more likely to engage with these features.

Loot boxes are purchasable video game features which offer randomised rewards. They are widely recognised as being similar to gambling and are currently being considered in the Gambling Act Review. The researchers published a study in the journal Addictive Behaviours, which partly forms the basis of a policy-focused white paper report. The report states that 93% of children in the UK play video games, and that up to 40% of these have opened loot boxes.

When completing the report, the researchers found robust evidence that loot boxes are structurally and psychologically akin to gambling. The review of evidence also confirms that for surveys investigating relationships between loot box engagement and problem gambling, 12 of 13 publications have established unambiguous positive correlations: the higher the level of involvement in loot boxes, the higher the score on a measure of problem gambling.

At the end of 2020, the UK loot box market was estimated to be worth £700m. Analysis of self-report spend data from 7,771 loot box purchasers found that around 5% of them generate around half of industry loot box revenues. A third of these gamers were found to fall into the ‘problem gambler’ category (PGSI 8+) establishing a significant correlation between loot box expenditure and problem gambling scores. The researchers’ brief screen of around 14,000 gamers found that young men are more likely to open loot boxes, with those of a younger age and lower educational attainment also more likely to engage with these features.

In addition, interviews with UK loot box purchasers showed that motivations for purchase are complex, and embedded within a network of personal, social and gameplay factors. Loot boxes are just one type of ‘psychological nudge’ used to encourage purchase, working alongside other techniques such as in game currencies and the ‘fear of missing out’ on limited time offers. The interviews also highlight that the digital assets in loot boxes often have real-world and/or psychological value. This suggests that loot boxes could be regulated under existing gambling legislation.

Based on these findings the researchers have suggested a number of policies to prevent gambling harms associated with loot boxes:

“Our work has established that engagement with loot boxes is associated with problem gambling behaviours, with players encouraged to purchase through psychological techniques such as ‘fear of missing out’. We have also demonstrated that at-risk individuals, such as problem gamblers, gamers, and young people, make disproportionate contributions to loot box revenues. We have made a number of policy suggestions to better manage these risks to vulnerable people, although broader consumer protections may also be required.”

“This research is part of GambleAware’s continued commitment to protect children, adolescents and young people from gambling harms. The research has revealed that a high number of children who play video games also purchase loot boxes and we are increasingly concerned that gambling is now part of everyday life for children and young people. GambleAware funded this research to highlight concerns around loot boxes and problem gambling, ahead of the upcoming Gambling Act Review. It is now for politicians to review this research, as well as the evidence of other organisations, and decide what legislative and regulatory changes are needed to address these concerns.”

The full white paper Lifting the Lid on Loot Boxes is available to view on the GambleAware website. A pre-print of their screen of 13,000 gamers is available on Open Science Foundation.