Are business and community organisations across Devon and Cornwall adequately prepared for the major challenges posed by Brexit?

That is one of the main questions being posed in new research from experts in conflict resolution and international politics at the University of Plymouth.

Through a year-long project coinciding with the UK’s scheduled exit from the European Union, researchers hope to understand how organisations are currently preparing for Brexit and their major questions and concerns.

It will then build on this by helping them develop the capabilities they need to increase their capacity and negotiate new, positive relationships with key stakeholders.

The project is being led by Professor of Human Resource Management and Employment Relations Richard Saundry, a renowned expert on workplace negotiation and mediation, who has worked for many years on research projects with the Advisory Conciliation and Arbitration Service (ACAS).

It also builds on previous Brexit-related initiatives from the University, including the iSPER Brexit Series, through which academics offered their insight into how organisations and officials could best respond to the referendum vote. 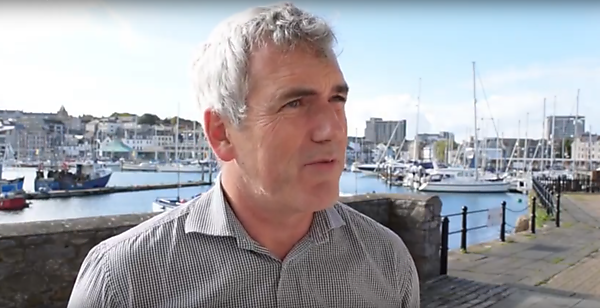 “Through the Brexit process, there has been a huge focus on the government’s capacity to negotiate – or, some might argue, the lack of it. But amid continued uncertainty as we await the precise final outcome, business and community groups are having to continue negotiating what, in many cases, are complex deals and agreements. We want to fully understand those challenges and offer our expertise to overcome them, so that organisations can continue to thrive in the post-Brexit environment.”

They say the preparedness of key stakeholders to forge new relationships and rebuild those damaged as a result of the political uncertainty has to date received little attention.

The researchers have begun to conduct short interviews with representatives of public, private and third-sector organisations to explore the potential impact of Brexit and identify the interests of different groups.

A series of roundtable meetings dedicated to specific sectors have been scheduled for late April and early May to allow businesses, local government, trade unions and third sector community groups to share their views and explore common issues. These will be followed by training workshops which will focus on core skills including negotiation, persuasion, communication and conflict resolution.

The ultimate aim is to enhance the core skills and confidence among stakeholders, but also to create a model for building negotiating capacity that can be easily transferred to other parts of the region.

“The Brexit vote and the triggering of Article 50 have created a fluid and politically intense environment in which operational decisions act as political signals of attitudes to Brexit and its potential impact. It has also increased societal tensions – including an increase in hate crime – which poses challenges for political and community leaders. This project, firmly rooted in localities and communities that have clearly been ‘left behind’ in terms of prosperity and economic development, aims to ensure individuals, groups and institutions have equal opportunity to negotiate their place in the post-Brexit landscape.”

If you would like more details or information on how to take part in the project, contact Michele Fox on 01752 585742 or by emailing michele.fox@plymouth.ac.uk.