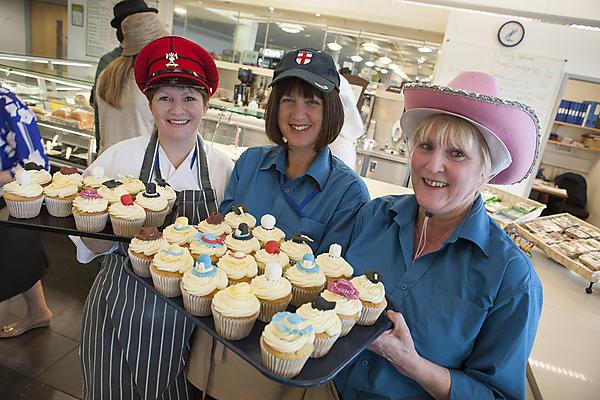 From top hats to bowlers, boaters to sombreros, beanies to tam o’ shanters, hundreds of people in and around Plymouth are expected to don their hats on Friday 27 March, Wear a Hat Day, to raise money for Brain Tumour Research.

A grand ‘hat-a-thon’ will take place at Drake’s Place, main University campus, and the Brain Tumour Research Wall of Hope at the John Bull Building, at 12 noon on Friday. Everyone is invited to come along and join a huge crowd of people wearing hats, including mascots from local sports teams, and be a part of the world’s biggest photograph of hat-wearing fundraisers.

Meanwhile, on 25 March members of the Plymouth University Raiders squad will be on campus for this Wear a Hat Day event in aid of Brain Tumour Research. Team members will be posing for selfies with students and helping with small competitions and give away prizes around the area surrounding the Students' Union roof. Students and those participating in the event have the chance to win tickets to upcoming Plymouth University Raiders matches.

The same day will see Plymouth milliner Patricia Pentecost from Just Seven selling hats on behalf of Brain Tumour Research. Patricia will be in Drake’s Café between 10.30am and 2.30pm.

Vospers are running a Wear a Day event at their Marsh Mills branch on Friday, and even the cast of Peter Pan Goes Wrong at the Theatre Royal have got in on the act with their selfie in hats.

Money raised will go towards life-changing research into brain tumours, supported by Brain Tumour Research. Plymouth University is one of four of the charity’s Research Centres of Excellence and it is the leading centre in Europe for pioneering research into low-grade brain tumours occurring in teenagers and adults.

The partnership with Brain Tumour Research allows the Plymouth team to focus on bench-to-bedside translational research. By identifying and understanding the mechanism that makes a cell become cancerous, they are exploring ways in which to halt or reverse that mechanism.

At present the only treatment options for people with such brain tumours are mainly invasive surgery or radiotherapy. By testing drugs in such a fast track way the team in Plymouth achieve the potential for making drug therapies available to patients both safely and faster.

The research is led by Professor Oliver Hanemann from Plymouth University Peninsula Schools of Medicine and Dentistry. He said:

“The support Brain Tumour Research is receiving for Wear a Hat Day from across the region and within the University is phenomenal and hugely appreciated. Brain tumours are the biggest cancer killers of people under the age of 40, yet receive less than one per cent of the national spend on cancer research. This is why every penny we raise in the South West counts towards helping us to find effective therapies for those with brain tumours – at present the only treatment is invasive surgery and radiotherapy.”