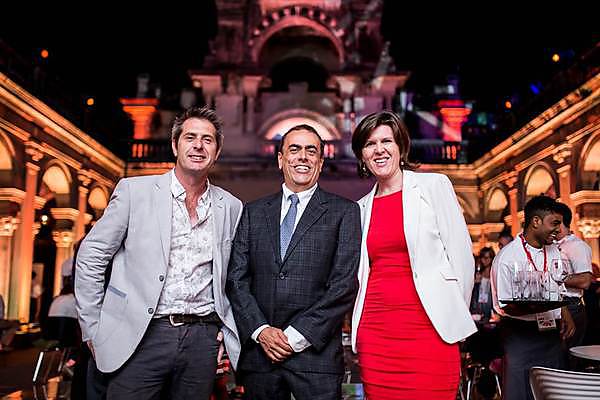 Professor Iain Stewart MBE has completed a trio of high-profile speaking events in Rio, Brazil, as part of a scientific and cultural programme organised with the British Olympic Foundation.

Iain, Professor of Geosciences Communication, in the School of Geography, Earth and Environmental Sciences, was invited by the UK Foreign and Commonwealth Office to make a lead contribution to a variety of debates around industry and the environment.

The first saw Iain, who is also Director of the University’s Sustainable Earth Institute, deliver a keynote lecture at a UK government business event, Powering the Future, at British House, which addressed oil and gas issues and opportunities for the UK.

“The talk used the 50th anniversary of the North Sea oil and gas province to examine how the UK is addressing its energy future needs, and particularly the contribution of fossil fuels. There has been an extraordinary industrial revolution in those stormy waters of the North Sea, and much of it has taken place ‘out of sight’. Now, in the context of the downturn for the global oil industry, and with climate change agreements on the horizon, will the centre of gravity for Britain shift onshore? Will the North Sea become a testing ground for new technologies, such as carbon capture and storage, and what role will fracking play if any at all?”

The second talk was also at British House and was part of the UK Science and Innovation Network series on biodiversity, and saw Iain discuss the geological history of Brazil, looking back to the landmass of Pangea 250 million years ago and how it broke up into the major continents. The third, held at the spectacular Museu do Amanhã (Museum of Tomorrow), was a public talk on geosciences.

“It was a great opportunity to contribute to the cultural and scientific programme that all go to shape the legacy of the Olympiad,”