is a lecturer in events and tourism management at . He received his PhD in Tourism and Hospitality Management from the University of Plymouth, having previously completed an MSc in Global Economy from the University of Glasgow. His current research explores, through protection motivation theory, the influence of the covid-19 pandemic on tourists’ travelling decisions. He anticipates this will yield some essential strategic insights of interest to hoteliers.
To find out more about work, please contact him via email.
Before the pandemic, growth in the China’s domestic tourist industry was expected to peak between 2020-25. Even though this number has now been revised downwards, internal tourism has been boosted in recent years by infrastructure improvements, such as the construction of high-speed train routes that connect cities across the country, and the growth of the Chinese middle class. Many Chinese travel to celebrate festivals with friends and family. Festival Tourism is a popular tourism product in China; this year (2022) around 130 million passengers were on the road during China's Spring Festival public holiday. Yet, it has become more common for travellers to stay in hotels and other hospitality venues when they visit friends and family. Here, Dr Chen talks about the resulting construction craze of hotels and resorts.

Most large hospitality groups globally have a business model whereby they rent property from the developers or owners of the land on which their hotel sits. In China this business model has an additional unique characteristic due to the changing role of the central government in urban land growth in recent years. As the ultimate owner of the land, the Chinese Government decides how the land will be used or developed. Previously, the government’s urban land growth objective was solely to ensure economic development. Now, some argue this has been replaced by multi-objective considerations of economic, social, and environmental issues that address both urban and rural interests, with local government policies also influencing land use patterns. As a result, it is becoming increasingly difficult for developers and hoteliers to satisfy these multiple objectives.

To access land, developers need to take part in a government-run auction. Companies bidding at this auction need to build robust working relationships with the government for their bids to be successful.  Normally auctions will be decided on the bids’ economic merits, as well as on the available employment and economic data. It is claimed that consideration is given to those bids most likely to boost the economy, encourage employment, complement the existing industrial base and surrounding environment as well as demonstrate sustainability.
The most profitable projects for land developers in China are the construction of residential and commercial properties. House prices are high, even in provincial Chinese cities. Here, property prices can equal those of cities like London. Despite the market realities, land developers are currently under pressure from the government to build more hotels and resorts. For developers, this is a less attractive proposition; the return on investment can take years to recoup. Hotels and resorts will pay, but not immediately. Once the land has been acquired, and the developers have completed construction, hotel and hospitality management companies will come in and operate the hotels.  This creates a tension between land developers, hoteliers and the government. The former are chasing profits and the latter is taking a broad brush approach, considering overall economic development and the multiplier effect. Everyone is weighing up the costs and benefits.

Lay of the land

My research, using game theory, explores this and other tensions in the Chinese hospitality industry. Game theory has not been applied much in the tourism industry, but I think applying it within this context can offer new insights to inform strategy development.
I explored the auction, construction and hotel management processes through a game theory lens in order to identify and understand the differing interests and benefits to each group in the process i.e. central and local government, the developer, the hotel and hospitality management company. I interviewed government officials, hoteliers and hotel managers, as well as land developers, and created an economic model to assess the benefits.
Hospitality groups are interested in expanding their businesses across China and growing their presence from first tier cities i.e. Shanghai to second and third tier cities such as Xiamen and Yangzhou. The government needs to reach agreement with land developers and then engage with hoteliers who need to generate interest in an area through marketing and advertising. Hoteliers and land developers need to recruit from the local labour force (usually local government will be keen to upskill the local population so this can be a win-win). Recruiting locally is likely to increase salaries as well as locals’ purchasing power. For land developers, construction in first tier cities costs more, but the returns are greater. I wanted to use the model to understand if there is an ideal city and population size where everyone gets some reward; a multiple win-win situation.
Of course, this can be more complicated as account needs to be made for suppliers, the workforce and other social organisations, but what I discovered through this simplified process, is that the existing government priority has not been changed; economic development still trumps other objectives. The government was more inclined to select sites in cities with significant economic potential; in fact, this was even more important than building near existing tourist sights, conference and exhibition centres.

Other land of opportunity

There are opportunities for more foreign hotel and hospitality groups to enter the Chinese domestic market, but they must work in partnership with the government to do so. Western business travellers in China prefer to stay with a brand they recognise, especially if they can get loyalty points too. Meanwhile some Chinese tourists are looking for a western experience and will opt to stay in foreign-owned hotels, like those managed by IHG and Hilton.  These groups tailor their hotels and operations in China to the local market. Food menus are modified for instance. Feng Shui, which is still very important to the Chinese, especially in places like Hong Kong, can dictate the position and direction of buildings, as well as the numbering systems used. The Chinese do not like the number four as it sounds like the word for ‘death’ in Chinese for example.
In future, I believe the hospitality industry in China will have to pay closer attention to consumer behaviour. The current development model is only taking government, developers and hoteliers into the equation; consumers need to be factored in too. Post pandemic, consumers are paying more attention to hygiene, health and security. Wellness and wellbeing are important. Purchasing habits have changed; people used to book travel and accommodation through an intermediary, now they are doing this themselves. Hotels will need to invest more heavily in upgrading their digital real estate and ensure there is a seamless booking system complemented by an attractive loyalty programme.
Tourism and hospitality have been hit hard by the pandemic; this has made locational strategies more complicated than ever. Whilst the global economy has slowed down, there’s been considerable technological innovation. I am convinced that this, together with consumer pressure, will affect the government’s land development priorities in the decades to come. 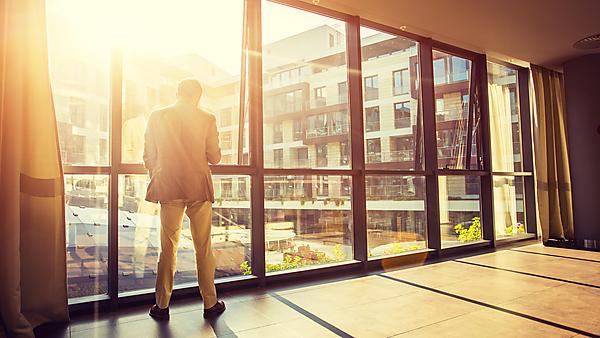