The University of Plymouth has been ranked by its own staff as one of the top 50 places to work in the country.

A study conducted for media and finance company Bloomberg named the University as the 42nd best employer in the UK, based on a survey conducted in October 2015.

“This is such a terrific result. It's heartening to hear our staff are not only happy to work here, but also would recommend the University of Plymouth to others. It is an early endorsement of the change of culture we have been working so hard to achieve, promoting greater transparency and encouraging staff to have a greater influence on the running of their University. We have always taken pride in building an outstanding student experience, but this survey highlights the importance of focusing on our staff experience too. Our staff are first class and it's gratifying their views show such high regard for the University.”

The survey, which lists the top 400 employers in the UK, was conducted by statistical analysts Statista via a series of online panels.

A sample of 15,000 UK employees was used to achieve a representative snapshot of life at a British business, and only companies with at least 500 employees are included on the list.

Respondents answered 35 questions about their employer, and came from 25 industries including automotive, media, oil and gas, construction, retail, and food and drink, with companies in each sector ranked against each other.

Charlotte Edney, analyst at Statista and co-author of the report, said:

“Reputation and the atmosphere within a company is very important for employee satisfaction. Colleagues working together, [doing] interesting work, being given the opportunity for training, all plays a part in that atmosphere and development driver.” 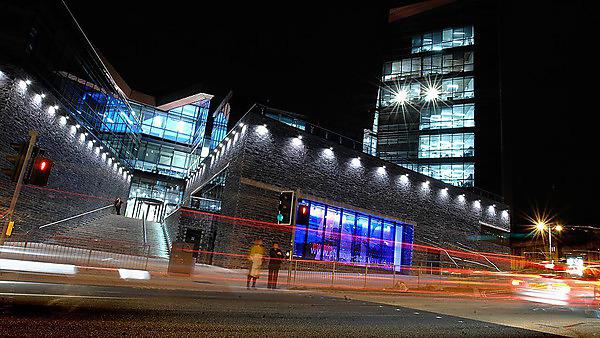 The Arts Institute, Plymouth's space for arts and culture

Hosting The Levinsky Gallery, the Jill Craigie Cinema, and The House, a state of the art performing arts centre; we champion new innovations across all art forms.
Tweets from @plymuni