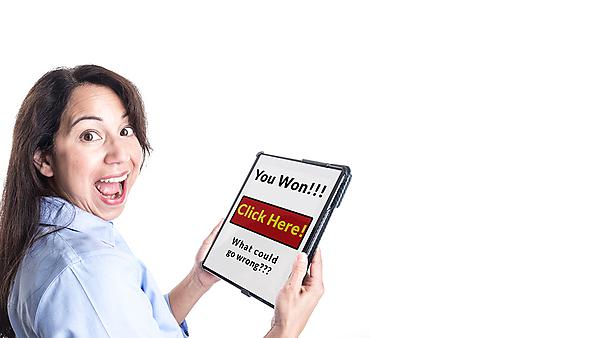 Professor Yaniv Hanoch, Professor of Decision Science in the School of Psychology:

When the study added a requirement that people pay an activation fee of $5 to $100, nearly a quarter of the subjects still had an interest in responding. 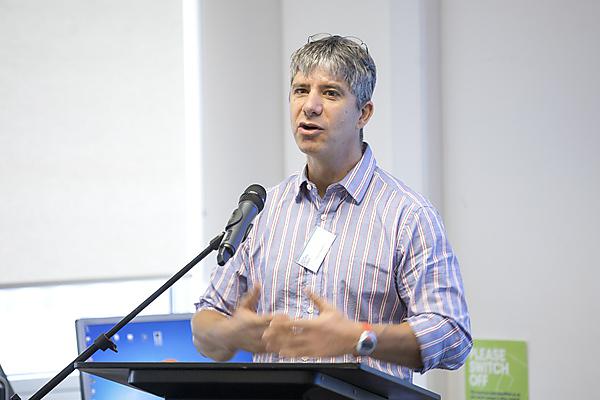 Consumers who perceive the benefits of large sums of money promised in mass marketing scams (MMS) are more likely to discount the risks and fall prey to perpetrators, according to new research co-authored by the University of Plymouth.

The study published in the Journal of Experimental Psychology, also shows that less-educated consumers are more likely to be susceptible to the opportunity for a large reward.

However, the presence of an activation fee helped reduce intention to comply with the scam.

Led by Scripps College, USA, the analysis of over 500 adults sampled over the course of two experiments was designed to identify the underlying psychological factors involved in responding to MMS.

In the study, based on 25 real scam solicitations that were successful at ‘hooking the victim’ in and around Los Angeles, USA, the chance to win a large sum of money such as $25,000 influenced the perceived risks of participation – including the possibility of identity theft, and further persuasive tactics by scammers.

The study also explored how activation fees (e.g. pay $5 and you can claim your prize) might impact interest in responding to the scams.

The researchers found the most important factor in deciding whether to respond was the person’s assessment of the risk versus the potential reward. Almost half of their subjects indicated an interest in responding, which was more than researchers had anticipated.

When the study added a requirement that people pay an activation fee of $5 to $100, nearly a quarter of the subjects still had an interest in responding.

Among the demographic variables, age and education independently predicted responses after controlling for the activation fee, such that older adults and highly educated participants were less likely to 'make the call,' and high activation fees deterred individuals reporting a high likelihood to respond.

Professor Yaniv Hanoch, Professor of Decision Science in the University of Plymouth’s School of Psychology, said:

“While prior research models have explored primarily the way the marketing ploys are presented to consumers, the recent research delves into the individual differences of the scam victims themselves.On the one hand, consumers are for the most part able to recognize potential scams. But the lure of the prize is largely driving individuals’ behaviours, leading many of them to discount the possible risks. The sentiment seems to be, ‘after all, what harm can be done by just responding to a letter?’

“It’s important to look at these factors so that consumer education can be improved and targeted. Given that perception of benefits and risks were the most important factors in intention to comply in both experiments, one clear option is to encourage individuals to focus only on the risk and discount the benefits.”

MMS represents one of the most rapidly growing crimes, costing billions of dollars worldwide and extracting an enormous toll on individuals who fall prey to sophisticated MMS techniques.

“In our second experiment, in particular, participants were less likely to indicate they are willing to call when there is an activation fee, although there was no difference between $5 or $10. Similar to our first experiment, risk and benefits assessments remained the highest predictors of intention to respond. In addition, and contrary to popular belief, our data shows that age was not a significant risk factor regarding the promise of a reward in this study. That said, future studies may be designed to sample larger groups of elderly participants. Numeracy, loneliness and financial status were not relevant factors in the MMS results.”

Professor Wood, a leading scholar on elder abuse, also highlighted the need for prevention and education.

“As one example, scam-avoiding materials may be incorporated into existing school eSafety programs,” she said. “In addition, because the presence of an activation fee helped reduce intention to comply with the scam, another possibility is to encourage consumers to ask themselves if they will be willing to pay an activation fee before replying to these scams.”

The full study is entitled 'Call to claim your prize: Perceived benefits and risk drive intention to comply in a mass marketing scam and available to view in the Journal of Experimental Psychology' (doi: 10.1037/xap0000167). The study was co-authored by Stacey Wood, Scripps College; Pi-Ju Liu, University of California, San Francisco; Yaniv Hanoch, University of Plymouth; and Patricia M. Xi and Lukas Klapatch, Claremont Graduate University.