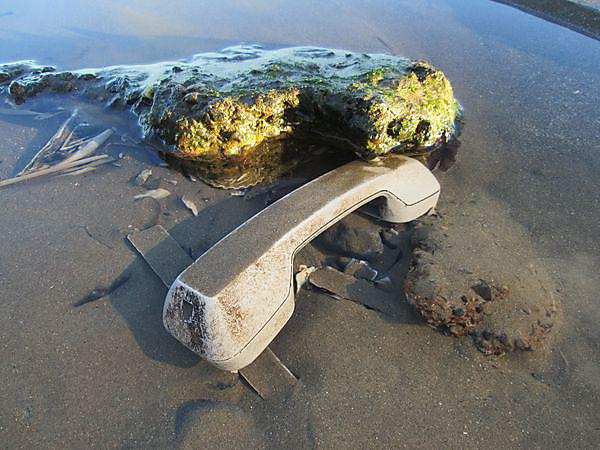 New research shows that plastic litter can smother marine life, dramatically reducing the numbers of organisms – and compromising the ecosystem services they provide – in coastal marshes.

That is the key message to emerge from a collaborative study led by Dr Dannielle Green, an IRC-funded Research Fellow in the Biogeochemistry Research Group at Trinity College Dublin. Dr Green is the lead author on a paper just published in Environmental Science and Technology, which describes the worrying ecological effects of discarded plastic carrier bags.

The experiment showed that in just nine weeks, plastic bags smothered the surface of coastal sediment, preventing oxygen and nutrient flow, and blocking light. This caused a substantial reduction in the amount of ‘microalgae’ beneath the bags. These tiny algae form the base of the food webs in these habitats, which means their proliferation is important for animals higher up the food chain, including worms and bivalves, which, in turn, are food for commercially important fish that feed within the marsh during high tides.

Because some of the animals affected during this study are known to be hardy and resilient to other types of pollution, other, more sensitive groups of animals like those living in coral reefs could be more strongly affected from smothering by plastic waste.

“The same effects were there regardless of whether the plastic in question was biodegradable or not. While biodegradable plastics are produced because they are thought to be better for the environment because their persistence is shorter, our study suggests that the rate at which they break down may not be fast enough to have any meaningful advantage over conventional bags in marine habitats.”

Professor Richard Thompson, of the School of Marine Science and Engineering at Plymouth University, is co-author on the paper and has been working on the effects of marine litter for over 20 years. He said:

“It is widely recognised that plastic litter can be harmful to individual organisms, but a key new finding of our current paper is that even within a matter of weeks this litter can affect communities of organisms and the services and food they provide to others.”

“Plastics bring many societal benefits, but it is also clear that accumulation of end-of-life plastics represents a waste management problem. Experimental evidence on the effects of plastic debris – in this case single-use plastic bags – in the natural environment is very important to help inform appropriate legislation.”

A plastic bag levy was first introduced by Ireland and was deemed the most popular tax in Irish history. Many other nations have considered, or are considering, similar legislation.

Globally, however, the production of plastic has increased from 1.5 million tonnes in the 1950s to around 300 million tonnes in 2013. Of this, single-use packaging items account for almost 40% and a not-insignificant portion could end up in the marine environment as litter, transported via wastewater flows, inland waterways, wind or tides. Worryingly, plastic litter currently accounts for up to 80% of all litter found in marine habitats.

“Even if plastics degrade and seem to ‘disappear’, they persist as micro-plastics and could cause harm to marine organisms that ingest them. The potential for rapid effects coupled with the persistence of plastic debris, including plastics described as 'biodegradable', emphasises the need to focus on reducing and re-using plastic and subsequently recycling, rather than designing materials with enhanced degradation. These could lead to inappropriate disposal and further accumulation in marine environments as well as compromising recycling streams.”

A link to the research paper in Environmental Science and Technology

More images for the media (via dropbox)