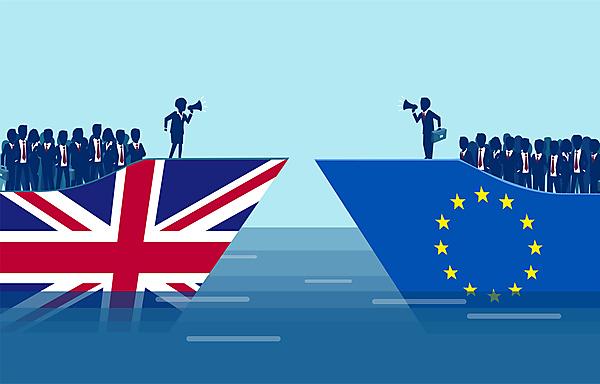 Political leaders are drawing upon centuries’ old myths and symbols of ethnic white majorities in their campaigning, say the authors of a groundbreaking new book on the rise of nationalism in the West.

Donald Trump, Marine Le Pen and campaigners for Brexit have all tapped into rural, native identities that originate as far back as the early 19th Century for use in their social media communications.

Through the analysis of more than 16,000 tweets surrounding the 2016 Brexit campaign, the US Presidential election and the 2017 French Presidential election, the authors of The New Nationalism in America and Beyond have found that far from being genuinely ‘new’, recent nationalist movements have evoked language and sentiment consistent with that used in relation to Irish Catholics the 1820s, and southern Italy and eastern Europe migration in the 1870s.

“Analyses of these political events have tended to focus on the ‘left-behind argument’,”

says Dr Eric Taylor Woods, co-author of the book, and a sociologist in the School of Society and Culture at the University of Plymouth.

“In other words, income inequality is driving growing resentment and alienation among working classes across the West. But that does not explain why people are being drawn to populist, nationalist campaigns. It only explains ‘why now’. What we’ve found is that this ‘new nationalism’ is actually not new at all. It’s deeply-rooted, it re-occurs, and when it does, we see an incredible continuity in the types of ideas that are used.”

Dr Woods and his co-author Dr Robert Schertzer, of the University of Toronto, began to research Trump’s communication strategy following his election win in 2016. But once it became clear that events in Europe were following a similar theme, they expanded their focus.

They began with a ‘historical deep-dive’ of political literature and history covering several hundred years in order to construct a model of the foundational ethnic myths and symbols of each country. What they found were recurring themes and ideas, particularly around immigration and religion, such as those expressed in the United States in the early 19th century, with criticism of the ‘liberal elites’ who were facilitating Irish Catholic immigration that was threatening to ‘erode American culture’. This was echoed during a 50-year period around the turn of the 20th century, when migration from Southern and Eastern Europe dominated politics – even with a first reference to ‘making America great again’.

“In all three countries, we identified strong similarities, such as the way rural areas are framed against cities,”

“There is this sense that that the ‘real America’, or ‘real England’ is a rural one, and that cities are locations where the culture is under threat of being eroded.”

The team then moved on to examine the political communication surrounding the three events and looked for examples of when these historic themes re-occurred. In Britain, they found that the Brexit campaign’s tweets evoked long-standing views of Europe as a place of ‘chaos’, taking historic views of France and Germany as being ‘authoritarian and anti-democratic’ and substituting them for the European Union. They also evoked religious concerns surrounding Turkey’s potential membership of the union, echoing the anti-Catholic tone of the 19th century.

Trump’s tweets, meanwhile, were found to focus almost exclusively on nationalist ideas, as opposed to policy. They found that he focused his efforts on creating an ‘in’ and an ‘out’ group, with suburban Christian White Americans firmly at one end of the spectrum, and Muslims at the other – and other racial minorities somewhere in between.

In France, they found that Le Pen was prepared to go even further, openly attacking Islam as being ‘anti-liberal’.

“What our research has shown is that tackling income inequality will help – but it’s not going to necessarily change people’s ideas around immigration and religion,”

"We shouldn’t be surprised that this is happening, because these ideas are endemic and embedded in the West – and we have to acknowledge that if we are to confront it.”

The New Nationalism in America and Beyond is published by Oxford University Press. More information is available on the publisher’s website.