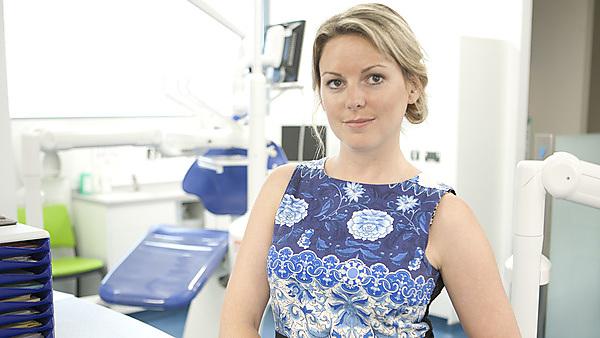 Researchers from Plymouth University Peninsula Schools of Medicine and Dentistry have received one of the prestigious 2014 Oral and Dental Research Trust-GSK Research Awards from the British Society of Oral and Dental Research, for a research project which seeks to re-programme the immune system to stop bone destruction and tooth loss in severe gum disease.

The study relates to periodontitis, which is a common oral health disease that affects the supporting structures of the teeth. It is also linked to other diseases such as diabetes and artherosclerosis (thickening of the artery walls), making it a significant problem in dental patient care.

According to the British Society of Periodontology, around 10 per cent of the UK population appear to suffer from the more severe forms of the disease which result in tooth loss.

During the disease process the bone and soft tissue that hold teeth in place are destroyed – teeth become loose and eventually fall out.

A great deal of this damage is caused by bone-destroying cells called osteoclasts, and the researchers aim to identify the mechanisms behind this destruction, so that it can be stopped or even reversed.

Unfortunately, this bone destruction is irreversible and current treatment options are limited. Lost bone cannot be regenerated, which is why the bone-destroying mechanism needs to be stopped before it can start its campaign of damage.

The research team are investigating how the faulty immune system in patients with periodontitis can be re-programmed to fight bacteria without damaging healthy tissue, thereby halting bone destruction before it advances.

The study is led by Dr Louise Belfield, Lecturer in Biomedical Sciences at Plymouth University Peninsula Schools of Medicine and Dentistry. She said:

“Periodontitis and the damage it can do are serious threats to oral and general health. We are excited by the potential of our study to stop bone destruction and tooth loss, and our results could mean relief for tens of thousands of patients. Our thanks go to the British Society of Oral and Dental Research for this award, which will support our work.”