Scientists from the University of Plymouth have joined an international research expedition to the Galapagos Islands in an attempt to reduce the impact of marine litter on the region’s wildlife.

There is a growing movement in Galapagos to drastically reduce marine plastic pollution with the aim of having a plastic-free Galapagos Marine Reserve.

As part of the ambitious programme Professor Richard Thompson OBE, Head of the University’s International Marine Litter Research Unit, joined a team focussed on helping local authorities develop a plan that will see Galapagos become a model for the world on how to deal with plastic pollution.

The trip was led by the Galapagos Conservation Trust (GCT) and brought together other UK marine plastic pollution experts, local agencies in the Galapagos and the community.

“The Galapagos Islands are a haven for marine wildlife, but they face the same threats as the rest of the planet when it comes to plastic pollution. It was certainly interesting to see the impact litter is having on this region, but also encouraging to see there is such commitment from both scientific and local agencies in trying to address it. This is exactly the type of holistic approach we are trying to promote through our research and it could provide a blueprint for how to tackle this issue globally.”

Research conducted by the University in 2015 showed that globally, nearly 700 species of marine animal had been recorded as having encountered man-made debris such as plastic and glass.

At least 18 Galapagos species have been recorded either entangled by plastic, or have been found to have ingested it, including the endangered Galapagos sea lion.

In order to try and address this, the GCT is working with partners including the Galapagos National Park and the Galapagos Science Center to combine ground-breaking scientific research with coordinated outreach in order to eliminate plastic pollution from the Galapagos Marine Reserve.

Its ‘From Science to Solutions’ workshop in Galapagos, which ran from May 9-12, was hosted by GSC and the Charles Darwin Research Station. As well as Professor Thompson, the event was also attended by former Plymouth PhD student Dr Kayleigh Wyles, now at the University of Surrey, and researchers from Exeter and York.

It explored three main themes: quantifying the impacts of plastics to the Galapagos wildlife; determining where marine plastic pollution is coming from and where it goes to; and identifying solutions such as alternative products and behaviour change.

The findings from the workshop will be used to support local agencies to develop a five-year action plan to address the issues surrounding plastic pollution. This will build on the recent resolution by the Government Council of Galapagos (CGREG) to restrict single-use plastics as well as existing community initiatives, whilst supporting the scientific research needed to answer critical questions and investigate solutions that will actually work to manage plastic pollution in Galapagos.

“The Galapagos Islands are one of the most unique, scientifically important places on Earth. Galapagos Conservation Trust is proud to be working with experts from the UK and local Galapagos agencies to tackle the issue of marine plastic pollution. There is a real opportunity, and at a relatively small cost, to provide the world with an example of how we tackle plastic pollution in our oceans. We need to act now in order to help protect some of the world’s rarest species in one of the world’s most iconic archipelagos before it is too late. Everything is in place, bar funding.”

Marine biology graduate Monty Halls is President of the Galapagos Conservation Trust, the only UK registered charity focused solely on the conservation of one of the most unique and ecologically important, but vulnerable, areas in the world.

Find out more about the GCT 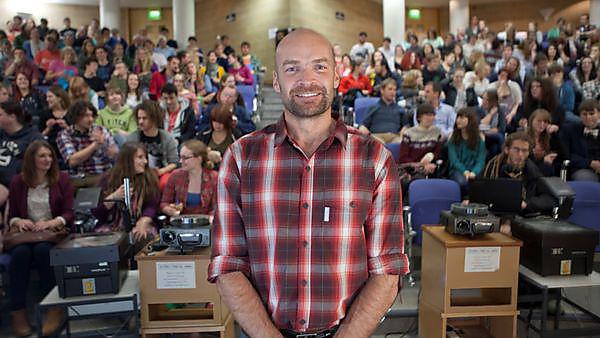