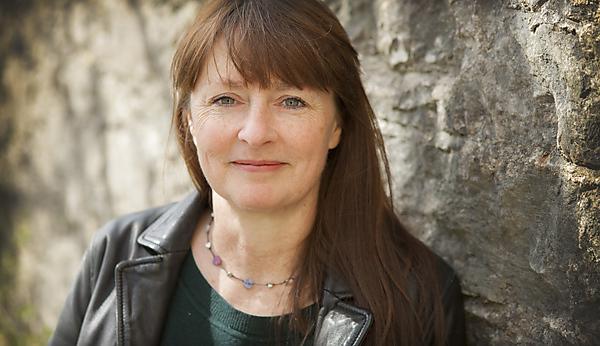 A study of the human relationship with owls by University of Plymouth lecturer and author Dr Miriam Darlington is being serialised on BBC Radio 4.

Owl Sense, published by Faber on February 8 charts the author’s travels from her home in Devon to the Hebrides, as she searches the British Isles and extends her study across Europe, from Spain to Finland, to locate the continent’s different species of owl.

Into this narrative Dr Darlington, a Lecturer in Creative Writing at the University weaves owl facts, and the history of human-owl interaction over thousands of years. An intensely personal element includes her teenage son’s journey from the early symptoms of illness to a diagnosis of non-epileptic seizure disorder, via a poignant series of crises and periods of uncertainty for the family.

Owl Sense is the successor to Otter Country (Granta, 2012), a nature-travel memoir chronicling the author’s fascination with, and search for wild otters. Dr Darlington explained why she chose to shift her focus to the skies for this new book. She said:

“Owls have captivated the human imagination for millennia; this charismatic, nocturnal bird provokes an intense set of responses from humans, ranging from foreboding to wonder and reverence.

“In Owl Sense I set out to explore all the European species of this fascinating raptor, and the story uncovered is complex: looking at all things ‘owl', from the species' ecological significance as a top predator, to its iconic symbolism in art, religion, story and film; I look at the literary history of owls as ghosts and portents, and of course the effects of the Harry Potter stories, where owls bring messages to their owners.”

Dr Darlington also notes the importance of nature writing, and the particular significance of her chosen subject at a time when wild and undeveloped areas are under threat. She added:

“In a world where the priorities of wildlife conservation can be in conflict with human encroachment, the owl can act like a talisman. As well as being cutified as a fun soundbite on Youtube or accessorised in gift shops, the real, wild owl’s presence in areas designated for development means that habitats must be protected and conserved.

“I feel it’s an emblem of the wild at a time when concern for the natural world is in the spotlight; how we see the owl is crucial to our understanding of our own place in the environment, and to our responsibility to respect, protect and preserve nature.”

Dr Darlington is a noted authority on nature writing. She was a member of the panel that chose a shortlist of the nation’s favourite nature books as part of an Arts and Humanities Research Council (AHRC)-funded project called Land Lines: British Nature Writing, 1789-2014. She also writes a regular Nature Notebook column for The Times.