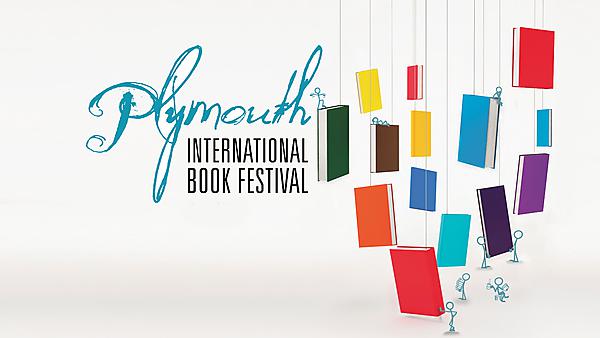 Bestselling authors Judy Finnigan, Simon Scarrow and Matt Haig will be among the leading literary lights appearing at the 2015 Plymouth International Book Festival.

The 2015 festival is being held from October 15-22, with talks, performances and workshops taking place on the Plymouth University campus and at venues around the city.

Organised through a partnership of Plymouth University, Peninsula Arts, Literature Works and Plymouth City Council, and supported by Arts Council England, the Festival aims to unite local and global authors and audiences.

“This fourth Plymouth International Book Festival provides another chance to discuss, debate and be inspired by books. Now a major event in our city's cultural calendar, and a true celebration of reading and writing, it is also generating unique opportunities for students, staff and the wider community to engage with some of the leading writers and creative thinkers of our time.”

“This festival continues to thrive and is a wonderful demonstration of how important access to books, stories, writers and reading remains for people of all ages and interests.”

Judy Finnigan and Richard Madeley, as well as being household names from the small screen, have become synonymous with discovering and sharing great fiction through the Richard and Judy Book Club. Both will be appearing in Plymouth to discuss Judy’s latest novel, I Do Not Sleep.

Simon Scarrow’s Roman soldier heroes Cato and Macro first stormed the bookshops in 2000 in Under the Eagle and have subsequently appeared in a number of other bestsellers including Centurion and The Gladiator. He will discuss his work with Devon writer Michael Jecks, himself the author of more than 30 historical novels based on Dartmoor.

Matt Haig suffered a breakdown in his early twenties, and believes that reading and writing books saved his life. His novels include the bestsellers The Last Family in England, The Radleys and The Humans, while his novels for children include Shadow Forest, To Be A Cat and the new young adult novel Echo Boy.

There will also be an exploration of the impact of National Trust properties on popular literature, and an exciting blend of young and old performance poetry in Public Address: The Soapbox Tour.

As well as hosting a blend of local and global talent, the 2015 festival will include a greater social focus, with the chance to relax in a 1950s Hollywood-style café, Chez Paulette. Created by Plymouth University Fine Art lecturer Anya Lewin, whose father ran an establishment on Los Angeles’ Sunset Strip, it will be provide an opportunity to meet before or after events and mull over literary passions and experiences.

“This festival goes from strength to strength and is now a firm date in our cultural calendar. It’s interesting to see how many of the writers and performers talk about how the importance of reading and writing to their health and happiness. We hope the event inspires more people of all ages to get stuck into a book.”

“Reading is increasingly being shown to have a positive impact on health and wellbeing which is just one of the reasons why we are very pleased to be supporting the 2015 Plymouth International Book Festival through our National lottery funded Grants for the arts scheme; the festival celebrates the joy of reading and how it inspires and engages people of all ages. This year’s impressive line-up is sure to entice festival go-ers while the partnership of organisers across the city continues to develop year on year.”