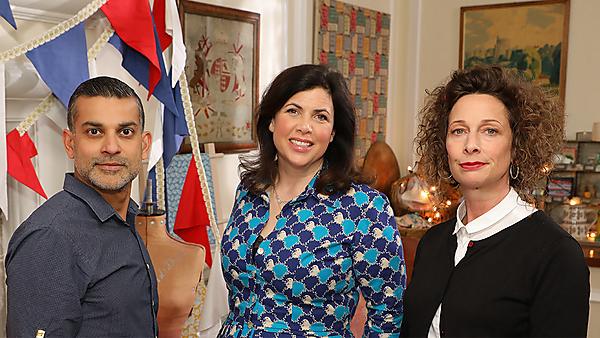 And along came Polly. No not the Hollywood film, but an altogether different Polly is hitting the mainstream in Channel 4’s new Kirstie’s Celebrity Craft Masters, due to air from Monday 1 July at 5pm.

So who’s Polly and what’s the show about? Polly Macpherson is Associate Professor of Design at the University of Plymouth and Award Leader for the Designer Maker pathway in BA (Hons) 3D Design. She is one of two judges on the new prime time programme, that will see a host of famous faces from screen, stage and sport "taking on the challenge to learn a host of new craft skills and let their creativity run wild”, says Channel 4.

The new 15-part daytime series will each day see two different celebrities go head to head to win Kirstie’s craft trophy, after a day with a professional craftsperson who will teach them to make three items. The results, according to Channel 4 are “surprising and sometimes brilliant, sometimes disastrous”. Then they’ll travel to Kirstie’s Craft HQ, where expert judges Polly Macpherson and renowned designer Piyush Suri, will “be pulling no punches”, the channel says.

On taking part, Polly, who has over 20 years’ experience teaching designing/making processes and mixture of materials both in UK and abroad said:

“People enjoy the physical process of making things. The excitement of being able to take a lump of clay, for example, and make a pot out of it – and to say, ‘I did that!’

“To be given physical materials to play with and investigate is something a lot of people stopped doing when they were young and at school, and never really had the opportunity to have a go again. With life being very digitalised now, physically making something is great for mental health and that feeling of achievement whatever the level of craftsmanship.”

Finally, two intrepid celebrities will face off in a 30-minute timed crafting challenge, under the watchful eye of Kirstie and the judges and without their professional crafters there to guide them.

When the dust settles on all four challenges it’s finally time to crown the crafting champion. Channel 4 said:

“They may be used to the glitz and glamour of the awards circuit, but the prize our celebs really want is Kirstie’s craft trophy. Who will prevail? Every show will be jam packed with handmade goodness, celeb high jinks, Kirstie enthusiasm and tonnes of craft inspiration.”

“With life being very digitalised now, physically making something is great for mental health and that feeling of achievement whatever the level of craftsmanship.”

“My motivation is centred around celebrating the importance of the haptic ‘learning by doing’ mode of creative growth, supporting and guiding ‘Doers’ to achieve full recognition for their amazing achievements.

When it comes to university work my proudest accomplishments are, and have always been, being a part of the teaching, guiding and development of creative people achieving their goals.” 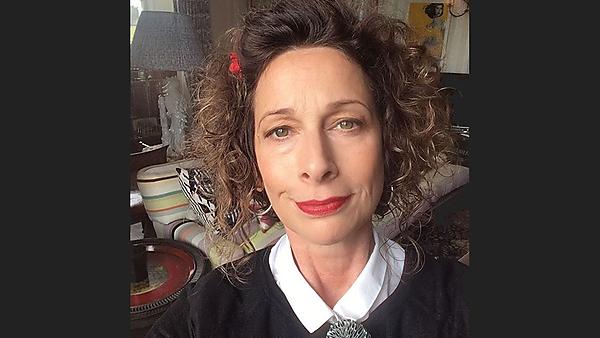 Inspired by these students' work?

Study BA (Hons) Product and Furniture Design or BA (Hons) Interior Design at Plymouth and be taught by Polly Macpherson.

Our creative design courses have an emphasis on individual teaching in a friendly studio-based atmosphere.
Find out more about our 3D design courses 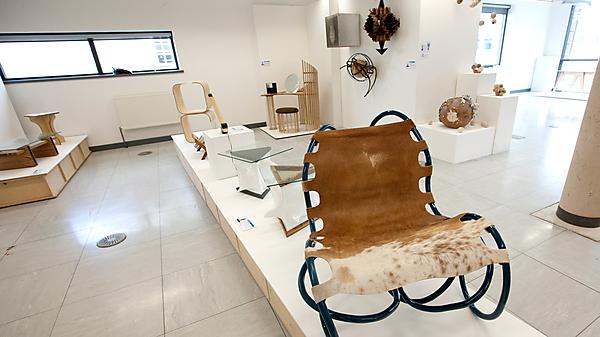