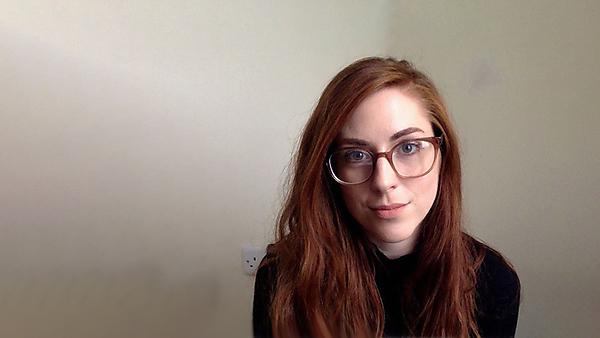 A mental health nursing student at the University of Plymouth has been shortlisted for a national award recognising outstanding students in her profession.

Second-year Felicity Allman has been nominated for the Most Inspirational Student Nurse of the Year prize at the Student Nursing Times Awards 2018.

An advocate for raising awareness of mental health conditions, Felicity was nominated by her personal tutor, Sarah Howes, supported by staff and students from the University and from clinical practice. She practises from the heart – she lives with anxiety, depression and eating disorder herself.

Her shortlisting is the latest in a line of successes, after representing the University at the Council of Deans of Health’s Student Leadership Programme – open to nurses, midwives and allied health professionals of the future. She also won £300 from the Royal College of Nursing (RCN) Students in Partnership Scheme to present at the RCN International Nursing Research Conference 2018 in April. Felicity’s research is on the use of internships in nurse training.

She is also a passionate supporter of Nursing Now – an organisation launched in February 2018 in collaboration with the World Health Organization and the International Council of Nurses, to raise the status and profile of nursing.

The Student Nursing Times Awards will be announced at a glittering ceremony on Thursday 26 April 2018 at the London Hilton on Park Lane.

“It’s such an honour to be nominated. I was speechless when I found out, and so humbled to meet some of the other candidates and hear about the amazing work they have been doing. I don’t wake up in the morning with the intention of inspiring others, but it’s a privilege to be recognised as an inspirational figure in nursing.”

Louise Winfield, Interim Head of the School of Nursing and Midwifery at the University of Plymouth, said:

“To be shortlisted for a national award is a fantastic achievement, and particularly one of this nature. The Nursing Times is one of the profession’s most respected titles so being recognised in this way is fantastic. We’re all incredibly proud of Felicity and she thoroughly deserves her place in the final 12.”