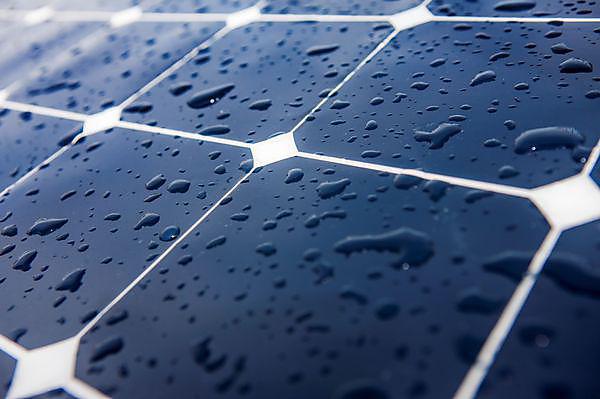 A University of Plymouth spin out venture founded on breakthrough research into the efficiency of photovoltaic solar panels has been granted two patents in the United States to protect its intellectual property.

PulsiV Solar, which is based at Plymouth Science Park, is developing technology that significantly improves the amount of energy generated by solar panel inverters and harvested for supply to the grid.

The first patent protects the technique developed by PulsiV, that of ‘pulsing’ the solar panel, drawing its power in bursts rather than continuously. Under testing, PulsiV’s prototype is performing strongly when compared with market-leading technology.

The second patent applies to new technology developed for LED lighting that reduces energy storage requirements. This means that LED lights can be built with fewer components, thus reducing their profile and increasing the flexibility in how they are mounted.

PulsiV Solar is the creation of Associate Professor Mohammed Zaki Ahmed, of the School of Engineering, Computing and Mathematics, through the support received from the Research and Innovation Directorate. He said:

“The granting of these two patents really does confirm the huge potential of these two technologies – both of which could prove to be ‘disruptive’ in a positive fashion. The patents also increase the commercial value of the company and set us up for future investment.”

US patents are notoriously difficult to secure due to the burden of proof placed upon applications and the rigorous scrutiny they are subjected to from experts in the field. PulsiV has already been granted patents in the UK and Europe for the work it is doing.

The company is now expected to seek new commercial investment, working with the Research and Innovation Directorate, Frontier IP Group plc, the University’s intellectual property partners, and the original investors to fully deliver the technology to commercial standards.

“We were pleased to note the granting of Pulsiv’s patents in the US. Pulsiv’s development programme and prototypes are progressing well and showing improvements over bench-marked industry technology. We look forward to continuing to support PulsiV on its route to commercial success.”

PulsiV has been supported by Plymouth Science Park, and its CEO, Ian McFadzen, said:

“PulsiV Solar is a prime example of how research and knowledge can be nurtured, supported and ultimately transformed into a significant commercial opportunity. It has the potential to not only make a major breakthrough in photovoltaic panel technology, but also to secure a platform for further research and development in a range of energy-related fields.”