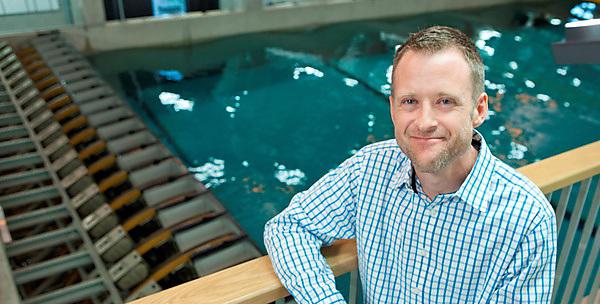 A groundbreaking partnership which enables maritime professionals to enhance their expertise wherever they are in the world has been shortlisted for a national accolade.

The Hydrographic Academy, run by Plymouth University in partnership with global geosciences company Fugro N.V, is in the running to be named most Outstanding Employer Engagement Initiative at the 2014 Times Higher Education Awards.

Launched in 2012, the Academy is a world first in distance learning and provides professional development opportunities in subjects such as hydrography, oceanography and meteorology.

It builds on the University’s 150-year heritage of delivering education to the marine and maritime sector, which has seen it awarded the Queen’s Anniversary Prize for Further and Higher Education.

“The geosciences industry has for several years been calling for improved levels of training and education in fields such as hydrography, oceanography and meteorology – the Hydrographic Academy has provided them with the portal to achieve that goal. It’s been a challenging and rewarding journey so far, as we have had to establish our own blueprint. No one has ever undertaken this kind of venture before. Through partnership we’ve created a model of education that is genuinely transformative, delivering something truly enterprising for the global maritime industry.”

The Hydrographic Academy offers students the chance to gain undergraduate and postgraduate qualifications, as well as securing professional body accreditation.

Using a combination of distance learning and fieldwork, with tutorials conducted over Skype or via YouTube, students can progress their knowledge whether they are starting from scratch or honing skills acquired within their working lives.

Within its first two years, the Academy has enrolled over 430 students from 38 countries, with the biggest representations coming from the UK, United States, Australia, Nigeria, South Africa and Indonesia.

“We are delighted to have been involved with Plymouth University’s Hydrographic Academy since its inception. It has been very proactive in enabling us to develop our people and retain them in the workplace at the same time. Close liaison between our company and higher education is vital if we are to continue recruiting and retaining the highest calibre of graduates into our business, and working with Plymouth University has definitely increased the professionalism and specialism of our surveyors.”

The Times Higher Education Awards aim to showcase the pioneering spirit, adaptability and quality across the HE sector, with hundreds of nominations across 18 different categories. The winners will be announced at a ceremony in London in November.