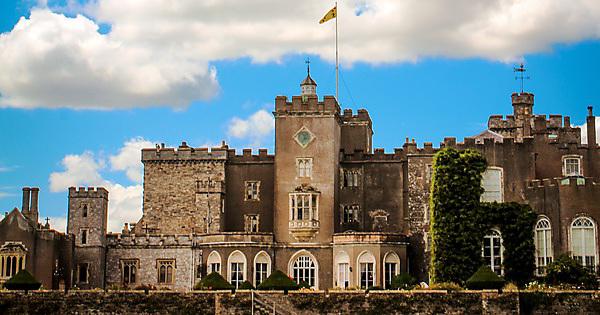 Powderham Castle, the ancestral home of the Earl of Devon

Hidden histories housed within the iconic family home of the Earl of Devon could be unlocked in a new project led by researchers at the University of Plymouth.

The University’s Cornerstone Heritage research group is working alongside the Historic Preservation programme at the University of Pennsylvania and the present Earl, Charles Courtenay, to reveal details of the remarkable transformation of Powderham Castle from a medieval stronghold into a Georgian country residence in the 18th Century.

The two-year project is intended to enhance understanding about those who owned and worked on the Powderham estate, for the benefit of the current owners and the local community.

Powderham, which sits on the Exe estuary just outside Exeter, came to the Courtenay family in the dowry of Edward I’s granddaughter, and her son, Sir Philip Courtenay, began building the Castle in 1391.

More than six centuries later, academics and students are beginning the task of digging through archival material while field work is undertaken to understand its unique development.

“The end of the 18th century was a time of great social change, and the extensive developments at Powderham reflect this. The then owner, William ‘Kitty’ Courtenay, had to pay particular attention to the fact that, as the only male of 14 children, he needed to create a stage that would impress potential suitors for his sisters. As such, and as a fascinating character in his own right, he created a venue with real grandeur that takes your breath away even now.”

“We have been working with the current Earl for about a year to unpick the unwritten history of the Castle, so its stories can be presented to a wider audience. Working with colleagues from Pennsylvania, we can combine studies of the library and collections with a forensic archaeological analysis to develop a full picture of the Castle’s Georgian history. It will give us a better understanding of the history, but also enable us to see how this centuries-old building fits with family life today.”

The many strands of the project include cataloguing the castle library, and producing a database of archived documents relating to the castle and Courtenay family (held in the castle and at local and national archives).

It will also allow the current Earl to develop a series of new heritage interpretation content and platforms, including digital media.

“We are very excited to make Powderham and its archives available to students from Plymouth and Pennsylvania, and much look forward to sharing the fruits of their research with a wider audience. For all its grandeur and its ancient history, much of Powderham’s story is hidden within the fabric of the building and its archives. We hope this exciting transatlantic research partnership will unlock those secrets, and give us unique insights into Devon’s illustrious history.”

Cornerstone Heritage is an interdisciplinary research initiative that brings together staff from across the University of Plymouth working in the field of Heritage (or how we live with the past today).

'Live Projects' are at the heart of Cornerstone's activities. Live Projects engage with community groups and heritage organisations in the co-production of research-led heritage initiatives.

Find out more about the research initiative 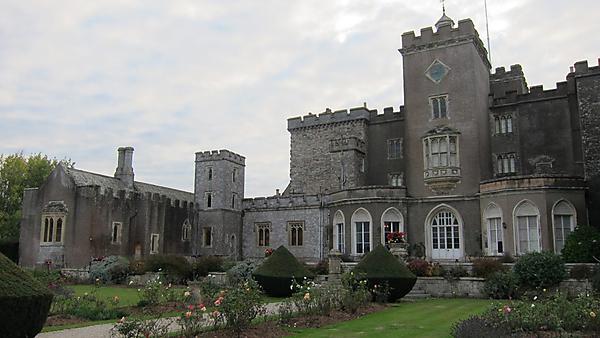