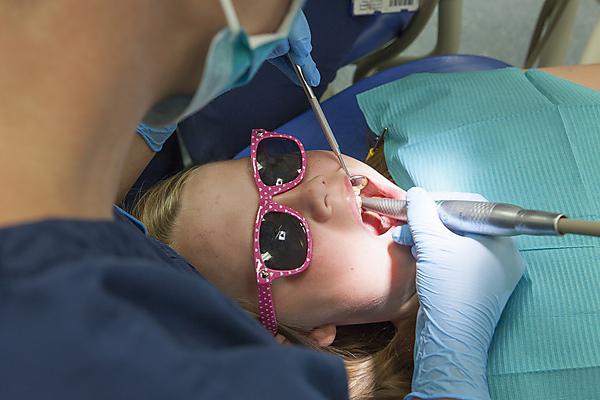 Guidelines on the care of children’s teeth from the National Institute for Health and Care Excellence (NICE), and which included input from a dental academic from Plymouth University, have formed part of a debate in parliament about ways to improve children’s oral care in the UK.

The debate drew upon recommendations issued by NICE at the end of 2014, which stated that nurseries and schools should have a role in helping children to achieve good oral health. NICE provided advice to local authorities to improve their whole community’s health through better advice and support in oral hygiene, by encouraging people to visit the dentist regularly, and through eating and drinking more healthily.

One of the contributors to these NICE guidelines was Professor Elizabeth Kay, Foundation Dean for the Peninsula Dental School of Plymouth University.

“The guidelines offer local authorities an opportunity and evidence as to how they can stop the most vulnerable children and adults in their areas from suffering from the pain, trauma and lifetime negative effects of tooth decay. Around 25,000 young children a year are admitted to hospital to have decayed teeth removed under anaesthetic, decay which is entirely preventable through good diet, effective tooth brushing and regular visits to the dentist. I am on record as stating that this is a national disgrace, which is why I am delighted that the issue has been debated in the House of Commons, referencing the NICE guidelines and highlighting steps that might be taken to mitigate the problem.”

In the debate the Minister for Community and Social Care, Alistair Burt, not only referenced the NICE guidelines but also stated that he would commit his officials to work with NHS England, Public Health England and local authorities to identify ways to reach the children in most need of dental care and support, and to ensure that they are able and encouraged to access high-quality dental preventive advice and treatment.