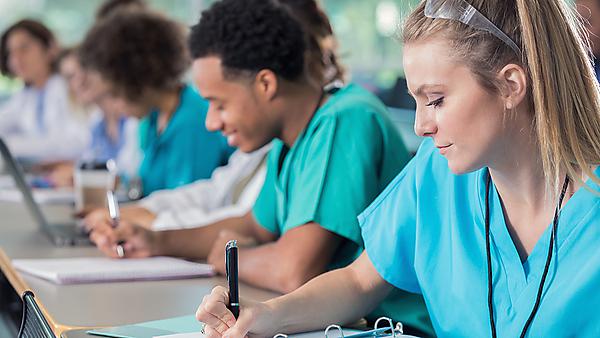 More doctors of the future will be able to train at the University of Plymouth thanks to a government allocation of 55 additional places.

The allocation will see the Medical School increase significantly in size, from 80 to 150 places for home students, based on an additional 15 in 2018 entry – and a newly-announced further 55 places for 2019 (58 per cent), bringing its total growth in this time to 87.5 per cent.

The latest expansion, announced by the Department of Health and Social Care and the Higher Education Funding Council, is set to bring millions to the local economy and help to sustain the local NHS.

The University was awarded the 55 places – the full number for which it applied – following a national bidding process announced in 2016, which saw Health and Social Care Secretary, Jeremy Hunt, reveal 1,500 extra funded places for medical students in the UK by 2019, in what is being described as part of the biggest ever expansion to NHS medical workforce.

The government specified that the places would be allocated to medical schools which:

Professor Rob Sneyd, Dean of the University’s Schools of Medicine and Dentistry, said:

“We’ve got something special here at the University of Plymouth, and to have that recognised by this allocation of numbers is testament to the work of everyone involved. This also realises the opportunity to extend our student doctor placement opportunities across the full south west Peninsula in extending our reach to Taunton and Torbay.”

The South West has the lowest per capita share of doctors in the UK with 87 per cent of UK average – and the Medical School is committed to ensuring that Plymouth trains, employs and retains local talent.

“These extra places will help us to make medical education attainable for those who otherwise may not consider it. So this is a significant achievement that confirms the quality of our medical education and the strength of our NHS Partnerships and we’re pleased with the outcome of the bidding process.”