Michael is an actor, director and writer. Well known for his roles as Moff Jerjerrod in Return of the Jedi (1983) and Michael Foot in The Iron Lady (2011), he founded the English Shakespeare Company in 1989 with director Michael Bogdanov. He has performed many memorable roles on stage and screen and is Honorary Associate Artist of the Royal Shakespeare Company. Here he talks to us ahead of his appearance at the 2017 Plymouth Festival of Words.

Michael Pennington on the importance of classical writers in modern culture:

"They are an essential lifeline to understanding and celebrating human nature in all its depth and contradictoriness. As you say, in this soundbite culture it is very important to hold on to the values of original thought and the recognition of what complex beings we are" 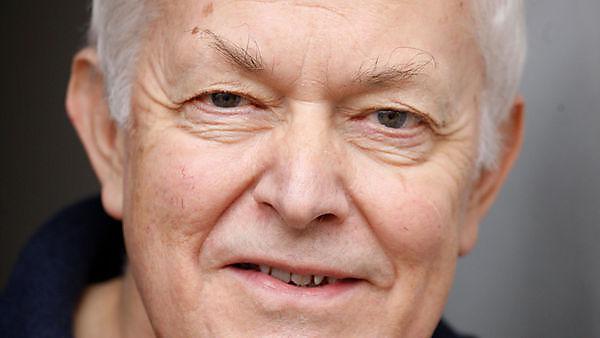 Q. What first inspired your love of the written word and performance?

A. I was taken (very reluctantly) aged 11 to see Macbeth, my first Shakespeare (I already loved pantomime), and it changed my life in a single evening.

Q. Your career path to this point has been a rich and varied one – when you first started out, did you have a plan of how you wanted it to develop?

A. You can’t really make plans like that in such a crowded profession, though I always hoped to do some of the great Shakespearian works, such as the above. It depends what directors offer you, and things went well for me in that respect.

Q. A lot of people will remember you for Star Wars – is that something you look back on with a lot of pride, having been involved with such an icon of the big screen?

A. I have no pride in it at all. By the time I did three or four days on Star Wars in 1981 I had already played many leading parts at the RSC, toured in the us and elsewhere, done plenty of TV and been nominated for awards for my theatre work. I continued on that path after those few days on Star Wars. The film was a very unimportant part of my career and I don’t usually include it in my CV.

Q. How did you get from Star Wars to classical writers such as Shakespeare and now Chekhov, and what challenges has that posed you?

A.I have always a great admiration and affection for Chekhov, both for his plays, his fiction and for him as a man. That’s why I’ve now done two solo shows illustrating his life, including this reading I am doing in Plymouth about a part of his life that is very little known.

Q. In an age where people want things instantly at their fingertips and, in many cases briefly, why do you believe these classical authors still have a place in our society and culture?

A. They are an essential lifeline to understanding and celebrating human nature in all its depth and contradictoriness. As you say, in this soundbite culture it is very important to hold on to the values of original thought and the recognition of what complex beings we are.

Q. What can people expect at your performance at the Plymouth Festival of Words?

A. The performance deals with an extraordinary journey Chekhov undertook across Russia to investigate the injustices of their prison system and the difficult lives being led by people outside the capital cities. Being a great comic writer, his account is not only vivid, moving and entertaining, but in places very funny as well.

Q. What do you hope they take away from that performance?

A. A sense of well-being and of having learned something new about a great writer.

Building on the success of the Plymouth International Book Festival, the Plymouth Festival of Words celebrates words in all their forms including literature, poetry, theatre and more. In May 2017, the Festival launched Plymouth History Month, showcasing an eclectic blend of nationally and internationally renowned writers and artists, alongside a rich community programme coordinated by WonderZoo, involving literary groups from across the city and region, and the announcement of the 2017 Plymouth Mayflower Young City Laureate.

The programme also included the Society for Storytelling’s annual gathering, bringing professional storytellers from across the UK to Plymouth for a weekend of storytelling through music, dance, interactive workshops and talks.

The Plymouth Festival of Words is a partnership between Literature Works, the literature development agency for the South West, The Arts Institute at the University of Plymouth, Plymouth Museums Galleries Archives, and is supported by Arts Council England.

You can purchase tickets online here, or via Peninsula Arts Box Office:

Tickets can be posted to you, collected from the Box Office or provided as an e-ticket. We accept all major credit cards. Tickets cannot be reserved without payment. Seats are unreserved; a first come first served basis is in operation. We regret that it is not possible to offer a refund once a ticket has been purchased, unless an event has been cancelled by the organisers.

Concessions
Concessions apply to Plymouth University students and staff, over 60s, unwaged, full-time students and children under the age of 16. Proof of eligibility may be requested.

Artory: Collect Art Miles® with Artory and claim your discounts with Peninsula Arts and others in Plymouth. Download for your smartphone today: www.artory.co.uk @artoryplymouth.

House rules
Admittance may be restricted after the published commencement time of the event. Plymouth Festival of Words reserves the right to change the programme without prior notice.