When he retired from his decade-long term as Poet Laureate, Sir Andrew Motion maintained that “banging the drum for poetry helps it to be a part of our visible and audible life”.

Throughout his 10-year stint by Royal appointment, he proudly exalted the merits of poetry to young and old alike and spent a great deal of time endeavouring to make it accessible to new and wider audiences.

And five years after he retired from the role, becoming the first Laureate in history to do so, it is something he is passionate about continuing.

“I always look forward to talking to people about my work,” said Sir Andrew, who heads to the South West this week to appear at the third Plymouth International Book Festival. “I think it is interesting for writers to meet their readers and potentially new ones (which festivals can make happen), but also I devoutly believe the pleasures and opportunities of poetry are deeply to do with it being something you hear aloud.”

As well as remaining an active writer, having recently started work on a new collection of poems to be published next year, Sir Andrew is arguably busier now than ever.

After rising early each morning to write, he fills the rest of his days with teaching, public speaking, and his role as President of the Campaign to Protect Rural England. He also spends two days a week working on the Poetry Archive, an online initiative he began during his time as Laureate. Visited by more than 300,000 people every month, he believes it is proof that poetry and technology – though not the most obvious bedfellows – can function in harmony.

“Poetry is a very ancient and essentially primitive thing, so whatever history throws up it has deeply to do with pleasure and consolation and nothing can change that,” Sir Andrew continues. “Technology, by contrast, wants to make us read something and be done with it. But the archive’s viewing figures show that far from being an enemy of matters poetic, technology is enabling more people to read poetry now than at any time in the history of the human race.”

Every year the festival attracts a wealth of talent from across the literary world. Find out who took part in the 2014 festival. 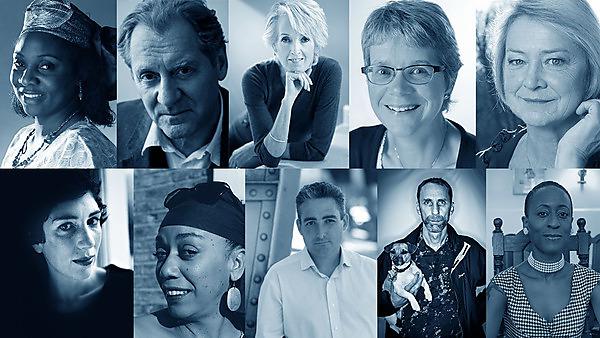 One of Sir Andrew’s major projects of the last year has been to compile a radio programme to coincide with the centenary of the outbreak of World War One. During that conflict, poets such as Wilfred Owen and Rupert Brooke helped to convey the true horrors of warfare to the public back home. For the programme, to be broadcast next month, Sir Andrew interviewed servicemen and women at a British army camp in Germany and their families back in the UK.

“Poetry is received in such a different way to other forms of writing – it can help people understand things,” he says, when asked if poetry could increase public understanding about current conflicts such as Afghanistan. “But having said that, the number of poems being written by those in the front line is few and far between so for writers like myself, there has to be an element of recovery or discovery built in. The evolution of warfare, and its journey through the 20th and 21st centuries, continues to inspire poets in interesting ways.”

Sir Andrew himself was something of a late bloomer in writing terms, admitting that he never really read a book until he was 16. But a “genius of an English teacher” fuelled his imagination and encouraged him to take it further, and he believes teachers can still play that role in spite of increased pressures on their time.

“Children receive it so variously and the way poetry is perceived in schools is very diverse,” he adds. “Teachers do a pretty amazing job but there is something in the National Curriculum that tends to squeeze the poetry out of poetry. Rather than enjoying and understanding a poem, it is very difficult for any assessment procedure not to reduce it to a box-ticking exercise – anything that can be done to resist that is obviously a good thing.”

For his talk in Plymouth – taking place on Friday 24 October from 8pm in the Roland Levinsky Building at Plymouth University – Sir Andrew will read some of his earlier pieces, including from his most recent collection The Custom House, as well as a number of new works.

“I like trying out new poems on an audience to see how they work, and hope they will get the sense of being near the workbench if they see me do that. Poetry for me is the most direct route to our strong feelings so I hope people will be entertained but put in touch with their deep feelings as well,” he concludes.

Become a Friend of PIBF

Learn more about becoming a friend of the festival 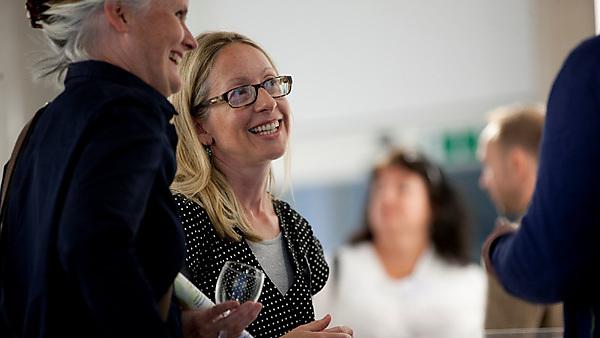