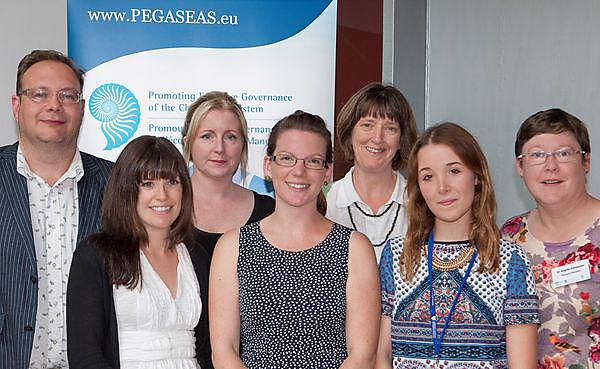 Marine experts in the UK and France are calling for international coordination of management efforts in order to protect the Channel’s marine ecosystem.

In their new publication, Pathways for effective governance of the English Channel, partners from the cross-border EU PEGASEAS INTERREG IVa project present a way forward for effectively managing Channel activities at the local, national and European levels.

The publication cites effective integration of UK and French cross-Channel governance and the creation of a forum to facilitate communication for Channel stakeholders as crucial steps needed to coherently manage the English Channel.

The English Channel is one of the busiest shipping lanes in the world, with more than 500 ships passing through each day. The Channel is also used intensively for a diverse range of activities, including energy production; aggregate extraction; commercial fishing; tourism; and recreational pursuits, all of which compete for limited marine space.

Traditionally, the UK and French governments have employed different strategies for governing their national waters, which is a risk to the long-term viability of the Channel ecosystem and threatens social and economic blue growth opportunities.

“Because the Channel is a single marine system, the separate management approaches applied to the French and UK sides cannot be sustained in the long term, especially given the unprecedented pressures facing the Channel. Instead an approach is needed in which the Channel is managed, planned and conserved in a co-ordinated way.”

“The English Channel is rich in biodiversity and is home to fish, sea birds, dolphins, crabs, mussels and hundreds of other organisms. Constant use by humans means the Channel ecosystem is under significant pressure. The only way to ensure the English Channel will remain full of life is to manage it sustainably, which requires coordination between France and the UK. A crucial step to achieving this is to help stakeholders on either side of the Channel communicate with each other about how they use the Channel and about their vision for this unique ecosystem.”

Pathways for effective governance of the English Channel, which is written in French and English, is aimed at policy makers working in the marine and coastal environment and addresses key issues of importance to Channel managers such as conservation and biodiversity, fishing, and marine planning.

The publication will be launched officially at the House of Commons in London on 24 November and will be downloadable from the PEGASEAS website.