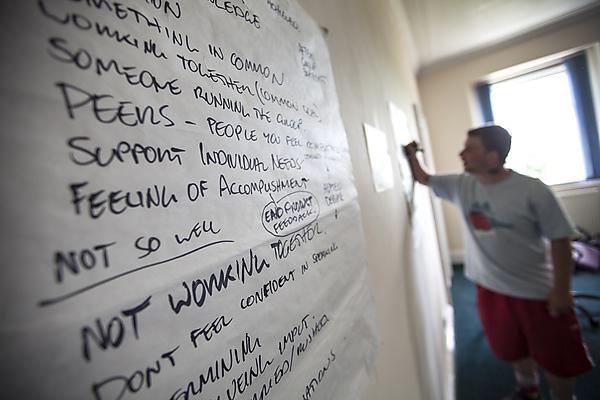 It lasts for five years and is funded by a grant in the region of £2 million from the National Institute for Health Research (NIHR) Programme Grants for Applied Research. It is also supported by the NIHR Collaboration for Leadership in Applied Health Research and Care South West Peninsula (NIHR PenCLAHRC).

As well as looking at the problems faced by prisoners with mental health problems, the research project also seeks to develop and evaluate a system of care to address those problems. It aims to create an integrated approach that not only involves therapy but also addresses housing, training and employment, thereby helping to ensure that meaningful care continues after release.

Playing a role in research

It is not unusual for members of the public to play a role in research, but what is innovative about our project is the extraordinary contribution being made by a group of people who are so personally affected by the issues we are exploring. 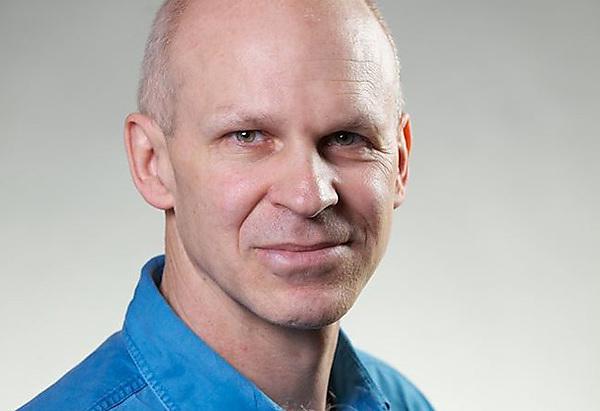 The academic research team is working with eight local men who have served prison sentences. As ‘peer researchers’ these men contribute their life experiences to the research project. The group has been able to use their experiences of being in prison, and of the challenging times they experienced when they were released, to support, inform and even challenge the research team. They have worked alongside the academic researchers to develop the proposed system of care, and advised on how best to phrase the written materials that participants will be given.

The peer researchers have met with the academic researchers fortnightly since the autumn. They have helped to run and interpret focus groups by communicating with other ex-offenders in ways in which they feel comfortable. They have ensured that the researchers are producing results that work in the real world for people with similar experiences to themselves. They have also contributed to how, and what, those taking part can do for themselves to build on their own skills and strengths.

Two such peer researchers are Steve and Julian.

Julian had a sad event in his life. In order to help ease his grief Julian turned to drugs, and shoplifted to help fund his need. He was sentenced three years ago for shoplifting.

He said: “There is no help for prisoners with mental health problems. Prison didn’t fix my mental health issues and did nothing to help them. That’s why I’m involved in this project – there needs to be a better understanding of where and how people can get help. There needs to be better sharing of information between prisons and outside agencies – no more ‘out the door and see you later’. We need places where we feel safe. Doing this makes you feel good.”

Steve was sentenced in 2009 for supplying heroin. During his time in prison he received one half day session on relapse prevention and no help for addressing the emotional issues that led to his conviction.

He said: “When you are released with a mental health problem there are a number of well-meaning agencies which are unfortunately ill-suited to helping people, and services such as probation are hard to be open and honest with – it is all too easy to fall through the system. By being involved with this project we can make a positive contribution to how people like us are supported in the future. We can help to make sure that people are signposted to agencies that can really help them, and improve access so that people have a better experience. This will have real benefit to individuals and to society: people aren’t inherently bad and there are factors behind their behaviour – this project will help them find the help they need. Personally, I’ve experienced real personal growth from being involved in the project.”

Both men cite Hamoaze House, a charity in Plymouth which supports rehabilitation facilities for people in the community affected by the problematic use of drugs and/or alcohol, and for their families and those close to them, as a key influence in helping them to turn their lives around. Said Steve: “It is an exceptional, flexible service that cares about how you are in general and which treats you like an individual.”

Julian and Steve are joined on the project by research peers Chris, Cliff, Lee and Eddie, and others.

Professor Richard Byng who leads the project from University of Plymouth Faculty of Medicine and Dentistry, commented: “It is not unusual for members of the public to play a role in research, but what is innovative about our project is the extraordinary contribution being made by a group of people who are so personally affected by the issues we are exploring. The help of Julian, Steve and their colleagues is vital to our work and they really help us to anchor the project in real life experience – which will make the results of our project all the more valuable, relevant and far-reaching."