For many people, it is a dream and the pinnacle of engineering – for Jake Cronk, it is an aspiration that has already become a reality.

Working alongside some of the world’s leading engineers, Jake has just completed a year’s placement with the Mercedes Formula One team.

It allowed him to put the skills amassed on his MEng (Hons) Mechanical Engineering course into practice, with the added bonus of rubbing shoulders with world champions Lewis Hamilton and Nico Rosberg and their team of world-beating engineers.

To secure the opportunity, Jake went up against over a thousand other applicants from across the UK and beyond, with only a few being selected.

“It was amazing to get the opportunity, and the guys at Mercedes must have picked up on my enthusiasm for engineering,” says Jake. “It is something I have always been interested in, and F1 leads the way in terms of automotive engineering. But if I hadn’t come to Plymouth it simply wouldn’t have been possible.”

Jake’s journey onto his current course has taken in an apprenticeship as a marine engineer followed by a foundation year at the University.

He then completed the first two years of the MEng programme before heading to the Mercedes High Performance Powertrains base around half an hour from Silverstone, home of the British Grand Prix.

Arriving mid-way through the 2016 season, Jake spent his first six months in the Product Validation department, which is closely linked with the team’s on-track activities.

Then, after the first race of the 2017 season, he joined the Boosting Product Engineering team that is responsible for the Turbocharger. This department’s key role is to bring the formidable Mercedes power unit, which has swept all before it in terms of performance and reliability in recent years, to life and then analyse its performance at testing and race weekends.

While much of this work took place in an office environment, one of the highlights for Jake was getting to go to a practice session at Silverstone, where he was able to get up close and personal with the car and its two champion drivers.

“There is a dedicated trackside team so there isn’t really the opportunity to go to race weekends very often,” he says. “But to meet the drivers and see the cars up close and in action brought the whole experience to life. It also made you feel like a real part of the team and that is something Mercedes do very well.”

That team ethic is something Mercedes has prided itself on nurturing among its 500-strong workforce, and Jake was able to fully experience it on the day the team won the constructors championship in late 2016.

He was also able to be part of celebrations after race wins, but also in the collective feeling of deflation if there had been a not so positive result.

“Growing up, my favourite driver was always Lewis Hamilton so to be part of his team and think I might have a future career in it is amazing,” Jake adds. “Formula One is a fast-paced environment, not just on the track but off it. You have to adapt to rule changes and advances in technology, but I have loved every minute of it.

“The great thing about the placement was that from day one, I did not feel like a student. I was trusted with my own tasks and was expected to complete them just like everyone else. That is a credit to Mercedes but for now, I am looking to take the lessons I have learned over the past years and use them to benefit my studies.” 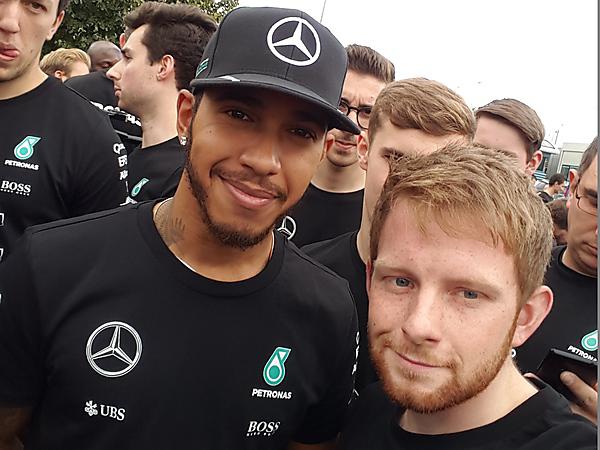 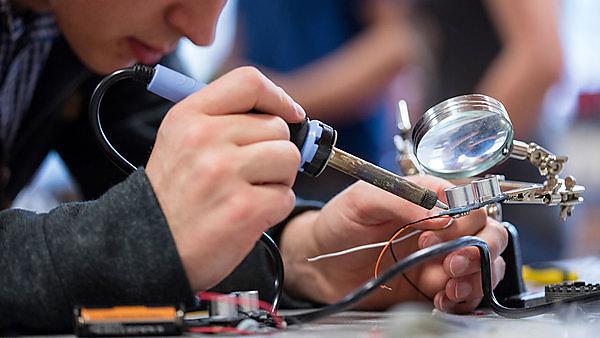 Get your career off to a great start by spending a year working professionally as a student engineer between years two and three. You could earn £15,000 a year or more, and possibly gain sponsorship through your final year(s) at university.

Gain experience that will help you find a job when you graduate and a Certificate of Professional or Work Experience in addition to your degree award.

"I spent a year on work placement with Plymouth-based Fine Tubes, a manufacturer of precision tubes for a wide range of industries including aerospace, oil and gas, medical. As a result of my performance, the company sponsored the final year of my degree and offered me a job"