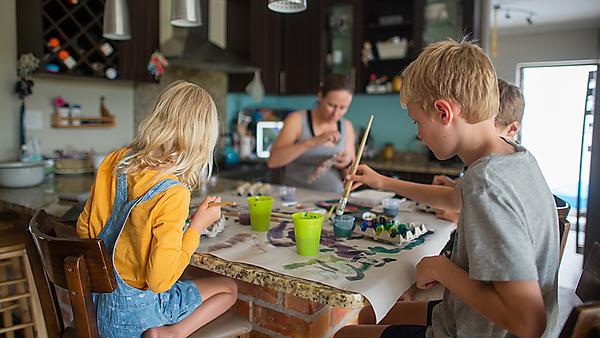 The outlook for the childminding sector in the country is an increasingly bleak one, with the coronavirus crisis threatening its future viability, an education academic has warned.

With numbers of childminders already in decline, the loss of business during the lockdown and difficulties in obtaining government funding could hasten the decline of one of the most important sectors of the childcare market. And this could result in a serious shortage of childcare provision when the crisis ends as a number of childminders, alongside nurseries, may well have gone out of business during the lockdown.

The comments come from Dr Verity Campbell-Barr, Associate Professor in Early Childhood Studies at the University of Plymouth’s Institute for Education, who has been leading a research project for the past year, funded by the Professional Association for Childcare and Early Years (PACEY) charity. The research has found a number of deep issues contributing to the current decline in the number of childminders, and she fears that coronavirus will gravely exacerbate the issue.

“We know there has been a slow decline in the number of childminders working in the country over the last 20 years, and the concern is that coronavirus is going to have a major impact upon this important provision,”

“Despite the government’s attempts to support the self-employed, the uncertainty is undoubtedly a disincentive to enter or remain in the sector, and we’re now looking at a situation where the long-term sustainability of the profession is being called into question. That many key workers are in need of childcare at this time adds to the general confusion as to how supply and demand is being managed.”

During the course of the study, which began last summer and has had to be temporarily halted as a result of the current situation, the research team undertook an extensive review of local authorities in England and Wales, and distributed an online survey that was completed by more than 3,000 childminders.

The results revealed a number of issues, including 90% of childminders perceiving that they are not recognised as performing a professional role – despite often having extensive qualifications – and that their role is not fully understood. This, they felt, extended to parents and other childcare providers, with reports that many childminders feel they are viewed as babysitters rather than qualified professionals able to deliver formal early years learning.

High start-up costs, low financial returns, increased competition from other providers, a lack of progression and career development opportunities, and a bureaucratic and overlong registration process were all seen as barriers to entering the profession. Almost two-thirds of respondents strongly agreed that the increase in the level of paperwork contributed to people leaving childminding, with a similar number strongly agreeing that the demands of regulation and registration were an issue.

There was also an indication that childminding faces challenges to its future sustainability with more than 70% of respondents aged between 41 and 61+, as well as around 30% either planning to leave in the next 12 months, or being unsure as to whether they would remain in the sector.

“The research confirms that childminding is being assailed on multiple fronts,”

“This includes too many people leaving and too few joining; and the dissonance between the childminder’s innate sense of professionalism and the lack of recognition from the early years sector. Though further research will be needed to ascertain its precise impact, the fear is that coronavirus and the lockdown will disproportionately hurt the childminding profession.”