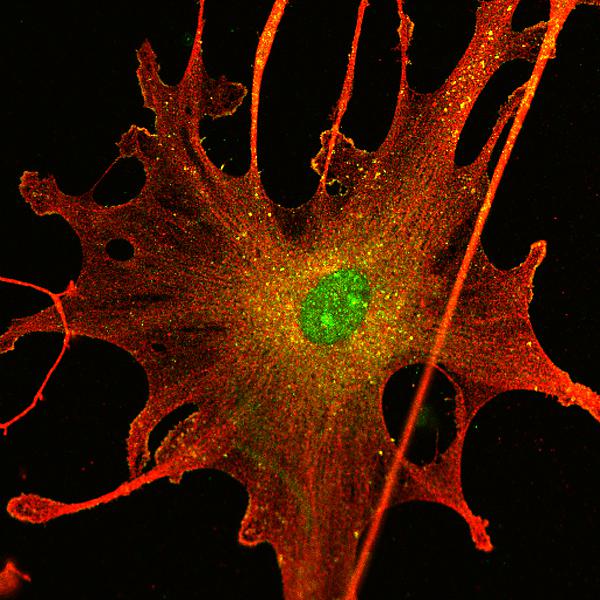 The shock value of the Pancreatic Cancer Action campaign and the subsequent media attention devoted to the all-too-short life of Kerry Harvey, the brave woman who featured in the adverts, engendered a level of debate around less well-known and less supported cancers rarely seen in this country.

The message was clear – such cancers are as, if not more, lethal than better supported ones; that more needs to be done to raise awareness and funding in order to achieve some equity. The collective name sometimes used for these is ‘Cinderella cancers’.

In the autumn of 2013, the Office for National Statistics published a report on cancer survival rates. The report showed, as a percentage, how many people survived for one year and five years after being diagnosed with a particular cancer.

For some cancers the results were extremely heartening – survival rates at five years for breast cancer was around 84 per cent; there was a similar result for skin cancer.

But for other cancers, the so-called ‘Cinderella cancers’, the statistics were not so positive – around 11 per cent for lung cancer; 15 per cent for cancer of the oesophagus; five per cent for pancreatic cancer; 13 per cent for brain cancer.

When the results were released, it was not long before a correlation was being made – it appeared that people with cancers with a higher profile and levels of funding were more likely to survive for five years, than those with a ‘Cinderella cancer’. Suddenly, the link between funding levels, awareness and cancer survival was clear.

Of course, there have been astounding achievements made by charities, interest groups and research institutions involved with conditions such as breast and skin cancers. They have been superbly adept at getting the message across and stirring individuals, corporations and policy makers into making efforts on their behalf.

As a consequence more funding has been raised for research in these areas, members of the public are more aware of symptoms and preventative measures, and lobbying has resulted in effective and readily available treatments.

But all the while patients are struggling with and tragically dying from a wide range of cancers, some of which are not receiving sufficient levels of investment in research, development of effective therapies and care strategies.

It is at this point that I must confess a vested interest in seeing an increase in resources to the ‘Cinderella cancers’.

At University of Plymouth's Faculty of Medicine and Dentistry, within its Institute for Translational and Stratified Medicine, I lead a team whose sole focus is to identify and understand the mechanism that underlies the development of brain tumours, and explore ways in which to halt or reverse that mechanism.

A key innovation is fast track: testing new drugs in human primary cell cultures leading to innovative early phase clinical trials leading to adaptive phase II/III trials with the potential for making drug therapies available to patients both safely and faster. These will augment or replace the only existing treatments – which are surgery to remove the tumours and/or radiotherapy.

We are recognised as the leaders in Europe for our work around low-grade brain tumours which typically affect younger people. We firmly believe that our work holds the key to better, more effective treatments for this type of brain tumour in the future.

According to Brain Tumour Research’s “Report on National Research Funding”, around 16,000 people a year are diagnosed with brain tumour. Even though brain tumours are the biggest cancer killer of children and adults under 40 in the UK, with up to 40 per cent of all cancers spreading to the brain, less than one per cent of the national cancer research funding is devoted to brain tumours.

In the case of cancer of the brain and nervous system, there is clearly huge inequality between its effect on human health and the investment being made to counter that effect.

The situation is not entirely without relief. Just as Pancreatic Cancer Action strives to raise awareness of and funding for that condition, so cancer of the brain has its own charitable champion in the form of Brain Tumour Research.

The work of Brain Tumour Research involves the establishment of and support for its Centres of Excellence, groundbreaking research hubs dedicated to working with the charity to enhance and progress research into all 120-plus types of brain tumour. The charity is on a mission to raise £7 million per year in order to establish and fund seven such dedicated Research Centres across the UK. Despite the advances in science and the growing opportunities for neurological investigation, with brain tumours receiving just one per cent of the national cancer research spend – at this rate, it could take another 100 years to find a cure. The charity is urgently calling for more fundraisers to help raise the millions needed to fund what researchers are calling ‘the last battle ground against cancer’.

The first such Centre of Excellence was established in 2010 at the University of Portsmouth. In March of this year the charity increased the number of centres to four by selecting The Blizard Institute in Queen Mary University of London, Imperial College Healthcare NHS Trust and ourselves, University of Plymouth's Faculty of Medicine and Dentistry to be the newest centres to launch, with another three planned in the next three years.

Sue Farrington Smith, Chief Executive of Brain Tumour Research, said: “The team at Plymouth share our vision of a sustainable and secure research environment, ultimately creating better futures for all those diagnosed and living with a brain tumour. The coming together of the four centres across the UK forms a powerful new network of collaborators who are investigating what researchers are calling ‘the last battle ground against cancer’.

Only 18.8 per cent of those diagnosed with a brain tumour survive beyond five years, compared with an average of 50 per cent across other cancers. This statistic is better than it used to be, but brain tumours are still responsible for more years of life lost than any other form of cancer making it the most lethal form of cancer by this measure. But we are determined to do all we can to change this, and to one day find a cure for this devastating disease.”

To say that this was an enormous boost to our research capabilities and our belief in what we are trying to achieve is an understatement – the positive impact on our work and our reputation is seismic.

Working with Brain Tumour Research, we aim to develop further our areas of research, work collaboratively with a growing local, national and international network of other researchers working in this field and raise £1 million a year. Members of the public and businesses in the South West who help raise funds for Brain Tumour Research Centres of Excellence can demonstrate their achievements by placing specially crafted tiles on a Wall of Hope situated next to our labs. Each can display their organisation's logo and/or event name and/or the names of individual loved ones’ who passed away from the disease.

But these are early days, and we have a lot to achieve. To extend the Cinderella analogy – in Brain Tumour Research we have found our financial Prince Charming. It is our hope that it will all have a happy ending for the thousands of people around the world affected by low-grade brain tumours.

Benjamin Mee, Owner of Dartmoor Zoological Park: "I lost my beautiful wife Katherine to a brain tumour in 2007. When she was first diagnosed and operated on in 2004 the neurosurgeon told us the tumour would come back. I remember thinking I would find a way to stop that from happening so I trawled the internet, used all my health contacts, looked at every experimental treatment and sent Katherine’s scans to experts in treatment centres across the world. The date 22nd December 2006 is etched on my mind, as this is the date we discovered Katherine's tumour had returned. The following March she died, leaving our children who were just four and six without their kind and talented mother. We talk about Katherine every day and I think about her and how despite all that we did and tried, we could not save her. At the time when we were exposed to the relentlessness of Katherine’s brain tumour, I was more than frustrated. I remain frustrated that a diagnosis of cancer is something of a lottery depending on where it is situated in your body, but take hope that research is happening to change this. We know from the success stories of other cancers that improvement in timely diagnosis and effective treatments are possible, due to investment in research. The idea that a local team are looking into better treatments and ultimately cures for brain tumours, is amazing, and something I am very proud of in our region."