The artwork from a comic which depicted the horrors of the World War One battlefields to audiences young and old will go on show at Plymouth University next week.

Charley’s War, launched in the late 1970s by writer Pat Mills and artist Joe Colquhoun, told the story of the Great War through the eyes of a 16-year-old boy, who lied about his age in order to go and fight for his country.

It follows him through infamous battles at the Somme, Passchendaele and Ypres and, in one scene, even sees Charley fighting in the trenches opposite a young Corporal Adolf Hitler.

The last edition was published in 1985, but now images from the comic – and the writer who created it – are both coming to Plymouth University as part of events marking the centenary of the outbreak of World War One.

“Charley’s War came out at a time when World War One was overshadowed by World War Two in the public consciousness, but Pat Mills wanted to alter that. The storyline and artwork was very brave in that it tackled a number of very difficult topics and didn’t shy away from being graphic, but it did so in a way that was essentially human. There is a sense of normality about Charley that people could, and still can, relate to and I hope it will capture the imagination of both old and new audiences in Plymouth.”

During its six-year run, the comic followed Charley through numerous roles, from being a stretcher-bearer at Passchendaele to a miner under the Messines Ridge. It also recounts his personal life during and after the war, showing him on the dole during the Great Depression of 1933, and enlisting for the Army alongside his son at the outbreak of World War Two.

The exhibition runs from November 3-14 and will see 36 iconic images from the comics, and subsequent book series, adorning the walls of Crosspoint, in the University’s Roland Levinsky Building. On Tuesday November 4, Pat Mills – often referred to as “the godfather of British comics” having also worked on 2000AD, Battle and Action – will give a talk about the comic series and his inspirations.

The Charley’s War activities are among several events being staged by Peninsula Arts, the University’s public arts programme, to mark the centenary of the outbreak of World War One.

Also on Monday November 3, there will be a screening of the rarely seen silent version of All Quiet on the Western Front and a talk by Dr Stephany Leach, Finding the Lost Battalions, about archaeological recovery and identification of soldiers in newly discovered graves on the Western Front. Then on Thursday November 6, Dr Angela K Smith (Associate Professor in English at Plymouth University) will speak about the literary legacies of World War One and how it influence writers in the 1920s and 30s.

Entry to the Charley’s War exhibition is free and more details about all these events, and information on how to book tickets for the talks and film screenings, are available from the Peninsula Arts website.

Find out more about our history courses

Enjoy a lively and fascinating discussion about Charley’s War, First World War revisionism and the role of war comics with Pat Mills. 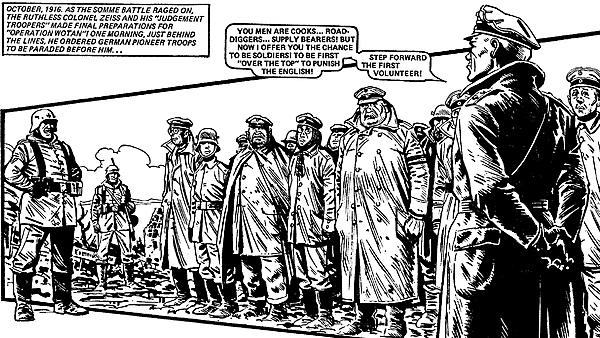 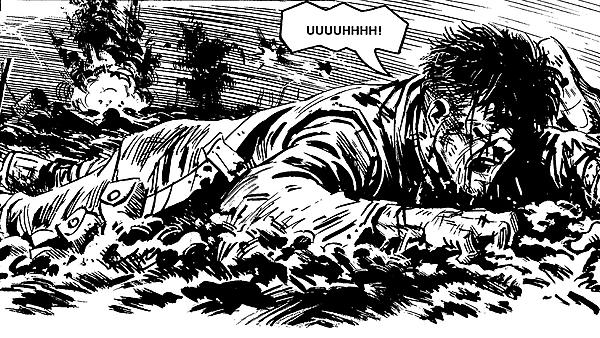 Charley's War is the greatest ever British war comic offering an unsentimental and often harrowing vision of the Great War.