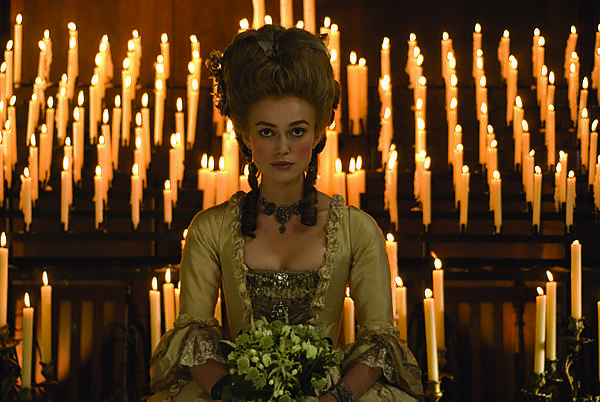 The lasting influence of Georgian culture on our modern society is to be celebrated through a series of events hosted by Peninsula Arts at Plymouth University.

Beginning on Thursday 16 April, a selection of talks, musical performances, film and more is being organised by the University’s public arts programme and staged at venues on the campus and across the city.

They form part of a city-wide event, Making the Modern, which celebrates the donation of the Cottonian Collection of 18th century art to the Plymouth City Museum and Art Gallery, and focuses on the enduring impact of Georgian philosophy, science, politics, culture, trade and industry on Western society.

The first Peninsula Arts event as part of that series is on Thursday 16 April and comprises a talk on popular 18th century music taking place in the Jill Craigie Cinema at Plymouth University beginning at 6.30pm. Peninsula Arts Director of Music Simon Ible will speak about the music that was popular in Georgian England, illustrated with songs from the top composers of the day, James Hook, Thomas Arne George and Frederick Handel performed by soprano Candida Frankham.

Then on Saturday 18 April, starting at 7.30pm, the Ten Tors Orchestra will be performing a selection of works from the period in a concert at the Minster Church of St Andrew. Featuring works by Giovanni Battista Pergolesi, Thomas Arne, Joseph Haydn and Johann Christian Bach, the concert will feature Simon Ible as conductor alongside soloists Augusta Hebbert (soprano), Andrew Radley (counter-tenor) and Julian Perkins (harpsicord).

“The 18th century theme provided the perfect opportunity to bring three of the UK's finest baroque specialists to Plymouth to perform one of the most passionate and moving works by the star composer of the day, Pergolesi. His Stabat Mater for me contains some of the most beautiful and moving music I have ever experienced. This will be a real musical treat for the region. Add to this Haydn’s most popular symphony, the Surprise, and a rarely heard masterpiece – Arne’s Harpsichord Concerto No.5 – and you can be sure of a truly stunning 18th century musical experience.”

After the musical introduction, the Peninsula Arts focus turns to film with screenings of:

All these screenings will take place in the Jill Craigie Cinema at Plymouth University, and will be introduced by associate professor in art history, Dr Jenny Graham.

Visit the Making the Modern pages