Beethoven’s Violin Concerto will be the centrepiece of a performance in Plymouth’s Minster Church of St Andrew on Saturday 07 November.

Praised as a masterpiece of tenderness and serenity, the piece will be played by the Ten Tors Orchestra and virtuoso violinist Leland Chen.

The concert – part of Peninsula Arts’ musical events programme – will also include two popular works by Mozart, the Marriage of Figaro Overture and Symphony No.35, nicknamed The Haffner.

The Ten Tors Orchestra is the resident professional ensemble of Peninsula Arts, the public arts programme of Plymouth University, and performs at venues across the region.

“It has always been a dream of mine to bring Leland Chen and Ten Tors Orchestra together to perform this great concerto. We have all the ingredients for a magnificent performance – a virtuoso violinist, our own Ten Tors Orchestra and the quite superb venue and acoustic of Plymouth’s Minster Church. It’s going to be a special music occasion for the city.”

Beethoven’s Violin Concerto premiered in the winter of 1806. War with France had put a dampener on artistic life in Vienna in the summer of that year, but winter brought a revival. The first large-scale orchestral concert was given by the violinist Franz Clement, leader of the Vienna Opera orchestra, and Beethoven wrote his violin concerto this event.

His performances have been broadcast live on Radio 3, while his rendition of Vivaldi’s Four Seasons was telecast throughout North America by CBS and his contribution to a gala concert in Monte Carlo broadcast throughout Europe by Eurovision.

Tickets, priced £17, are available in advance form Peninsula Arts box office on 01752 585050, or online at www.peninsula-arts.co.uk, and on the door on the evening of the concert. 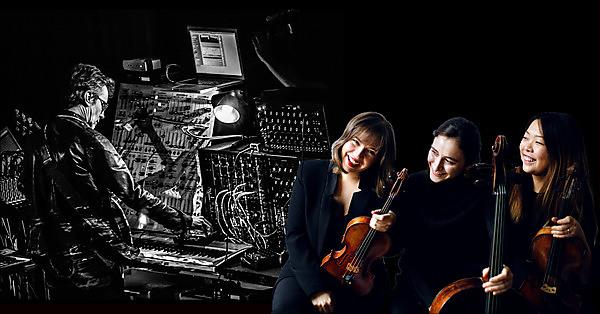