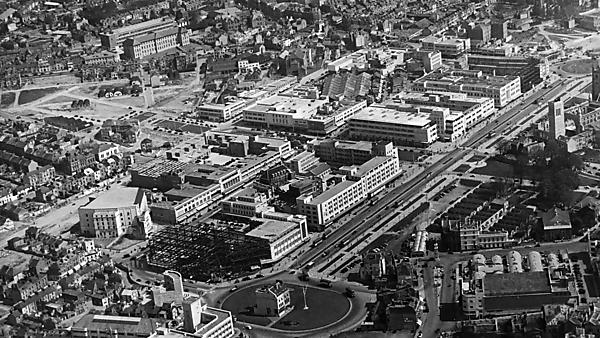 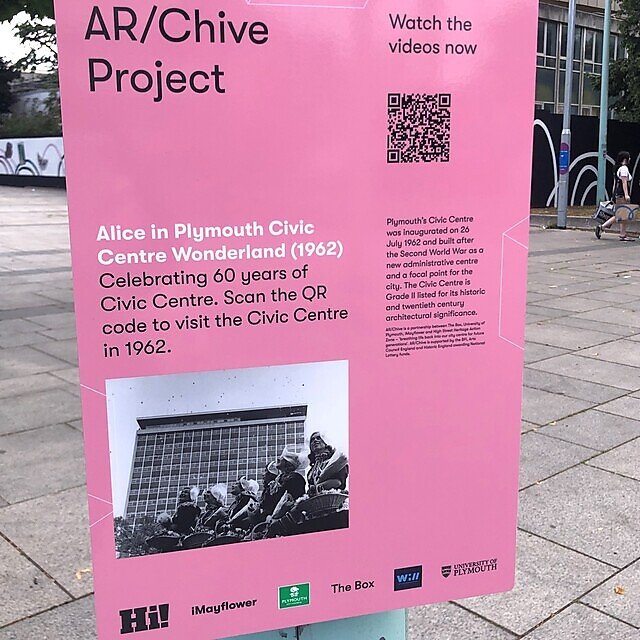 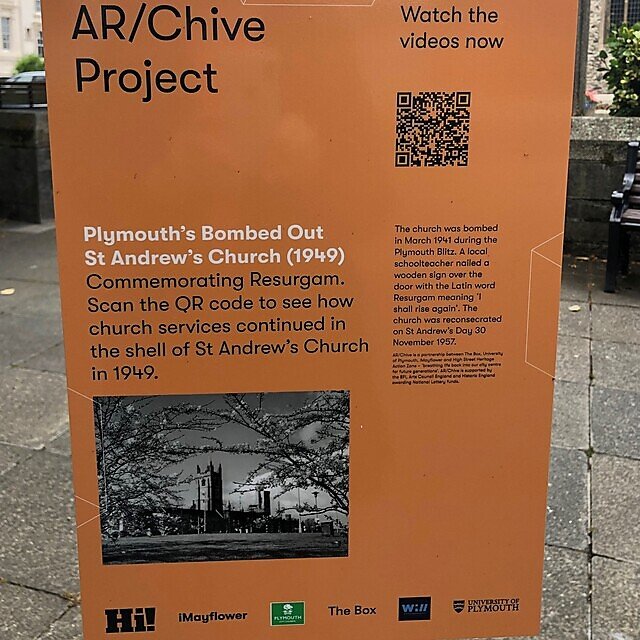 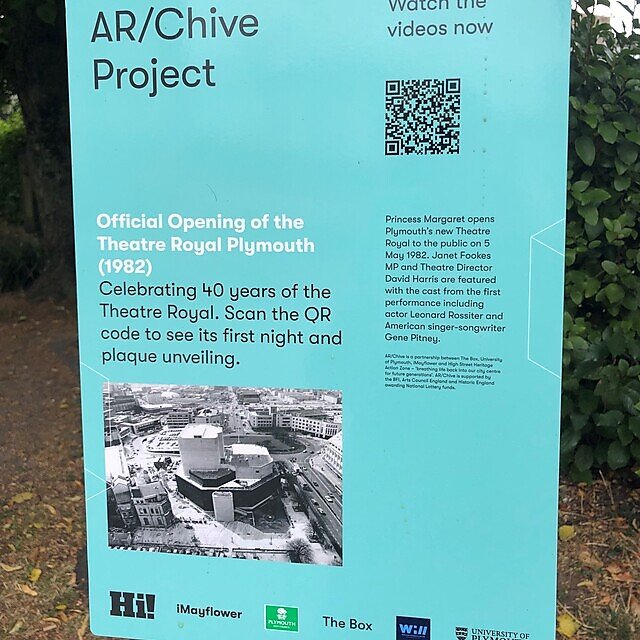 People walking around the centre of Plymouth this summer are being given a futuristic glimpse of the city’s past.
The University of Plymouth and The Box have joined forces for an augmented reality project that enables residents and visitors to unlock a series of heritage films from the British Film Institute archive featuring Plymouth's post-war reconstruction.
Passers-by are able to use a smartphone to scan QR codes displayed in five city centre locations, gaining access to archive footage played out in the setting where it was captured.
The AR/Chive project, which will run until the end of September, is centred on Plymouth’s Civic Conservation Area, which stretches from Royal Parade to Hoe Park. 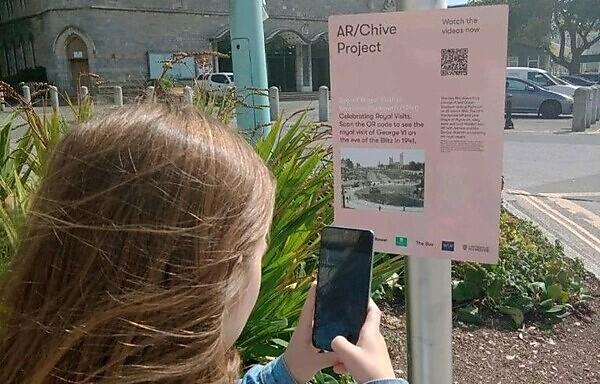 The area represents one of the country’s most iconic examples of reconstruction following the Second World War, with much of it having been devastated by the Blitz of Plymouth in 1941.
The first of the QR codes is located on a sign outside the Guildhall and links through to archival film footage of a Royal visit to the city captured in 1941.
Other footage features the bombed out Minster Church of St Andrew, an ‘Alice in Wonderland’ style film created to mark the opening of the Civic Centre in 1962, and other iconic city centre developments including Theatre Royal Plymouth and Dingles.
The project is a joint venture between The Box and the University’s MA Smart Urban Futures programme, which encourages students to address design challenges at the boundaries between smart technologies and urban design and planning.
Will Braddon-Milon, the MA Smart Urban Futures student who has worked on the project, said:

“It has been fascinating to work together with The Box and bring some of its vast collection of archived film content to life using the latest technologies. By placing QR codes around relevant locations within Plymouth, we have been able to show the films within an augmented reality space. It not only makes them more accessible to the general public, but also means they are more engaging and interactive.”

AR/Chive has been funded through the Innovative Placements Scheme with the Bridge as part of the the iMayflower programme. It is also supported by the BFI and the Cultural Development Fund, which is administered by Arts Council England and Historic England’s High Street Heritage programme awarding National Lottery funds.
Councillor Pat Patel, Cabinet Member for Customer Services, Leisure & Sport said:

“Augmented and virtual reality have the power to completely transform the way we see and experience things, and this is a brilliant way of giving residents and visitors to Plymouth a real sense of the city centre’s history. The footage connects with anniversaries for the inauguration of the Civic Centre in 1962 and the opening night of the Theatre Royal in 1982.

"I hope as many people as possible will take the chance to spend a few minutes using the codes and watching the films the next time they’re walking through the civic square.” 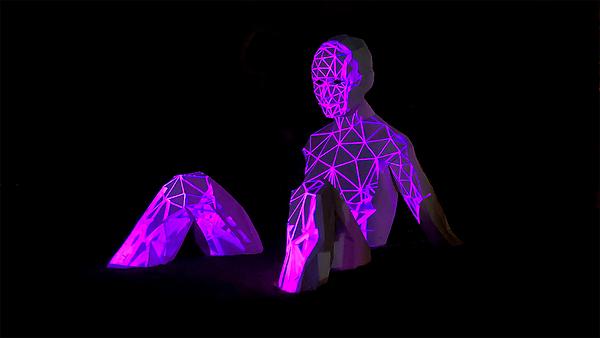 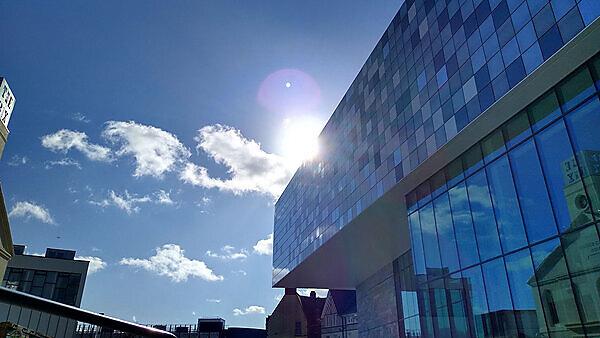 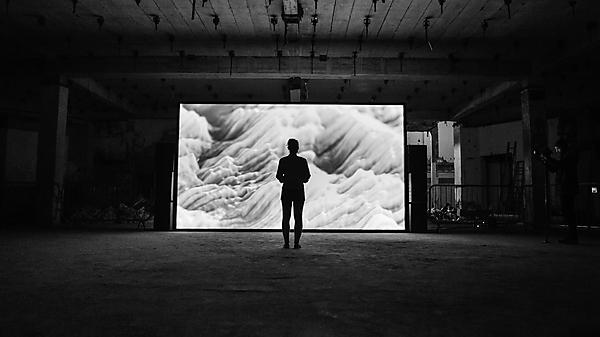 The Bridge drives Knowledge Exchange, Impact and Placemaking initiatives for the Faculty of Arts, Humanities and Business