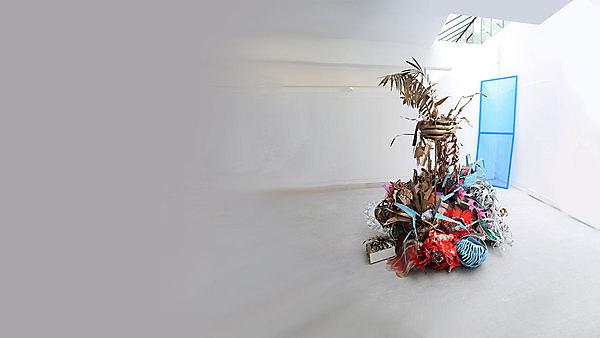 Contemporary artworks demonstrating high levels of quality and vision have been selected to feature in a dual-site exhibition for the second Plymouth Contemporary.

More than 800 submissions from across the world were put forward for the biennial competition, with those entries being whittled down by a panel of expert judges.

Successful applicants have been notified and they can be viewed on the Plymouth Contemporary website.

The judges have selected 41 artists to feature in the final exhibition, which will be held from 15 July to 2 September at the University of Plymouth’s Peninsula Arts Gallery and at KARST’s gallery space.

The 2017 Plymouth Contemporary is a partnership between the University, the Plymouth History Centre and KARST, and artists and curators were invited to develop work within the theme of ‘visions’, exploring what the concept might mean for us now.

Entries were received from 26 countries as far afield as New Zealand, South Africa, Argentina and the USA and comprised a wide range of interpretations of that topic. They focussed on themes from architecture and archaeology to war zones and nuclear survival, using an array of media from installations and sculpture, to film, painting and live performance.

“The entries received for the 2017 Plymouth Contemporary have blown us away in terms of the way artists have interpreted the theme of visions in such a creative and high quality manner. We have seen gritty social realism mixing with the surreal and absurd in a truly wonderful and fantastical way. The final exhibition will blend all of that, giving audiences a chance to see not only established artists but also new faces that they will want to keep an eye on for years and decades to come.”

“It’s been great to see the interest and application made by artists who applied for the Plymouth Contemporary. The process of selection has been a rigorous but also enjoyable one, from which it will be exciting to see new artists become a part of Plymouth's contemporary art landscape.”

“The Plymouth Contemporary is an exciting platform for our city and region and the submissions we received offered a timely and insightful commentary on the world we live in through a diverse range of art forms. 2017 is shaping up to be an even more ambitious and reflective exhibition than the first Plymouth Contemporary in 2015, and a great opportunity for people to see the current practice of a range of local, national and international artists.”