An internationally renowned composer, multimedia artist, and writer is coming to Plymouth University to talk about a project which uses innovative new ways to explore the planet’s remotest continent.

Paul D Miller, aka DJ Spooky that Subliminal Kid, is based in New York and his works aim to immerse audiences in a blend of genres, global culture, and environmental and social issues.

Recently, he has completed a number of projects focussed on Antarctica and among them is Book of Ice, which will form the focus of his free public talk in Plymouth on Monday 01 June.

It forms part of a wider and ongoing multidisciplinary study, which draws on the continent’s rich history of inspiring exploration and artistic endeavours, and which saw him named one of National Geographic’s Emerging Explorers in 2014.

“Music and art can be vehicles for provoking thought, overcoming inertia, and helping people engage with issues that are exponentially reshaping our information-driven world.”

During his career to date, Miller has collaborated with a vast array of recording artists, ranging from Metallica to Chuck D, and Steve Reich to Yoko Ono.

His large scale, multimedia performance pieces include Terra Nova: Sinfonia Antarctica, which was commissioned by the Brooklyn Academy of Music for the Next Wave Festival 2009, and Seoul Counterpoint, written during his residency at Seoul Institute of the Arts in South Korea in 2014.

His work has appeared in the Ludwig Museum in Cologne, Kunsthalle in Vienna, The Andy Warhol Museum in Pittsburgh, the Miami/Art Basel fair, and many other museums and galleries, while he has also held residencies at the Metropolitan Museum of Art in New York and the University of New South Wales in Australia.

“DJ Spooky is a leading global figure in his field, and it is a real coup to get him to come to Plymouth. The talk will be appropriate for anyone interested in music, art and climate change – as well as those with an interest in Antarctica – and it promises to be a fascinating evening for everyone who attends.”

Paul D Miller’s The Book of Ice talk will take place from 6-7pm on 01 June in the Roland Levinsky Building and admission is free. For more details, email Dr Anya Lewin.

Music and art can be vehicles for provoking thought, overcoming inertia, and helping people engage with issues that are exponentially reshaping our information-driven world. 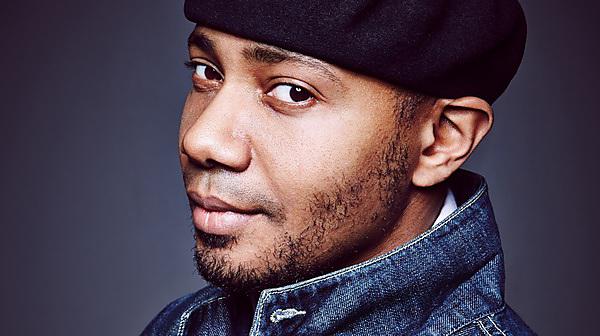