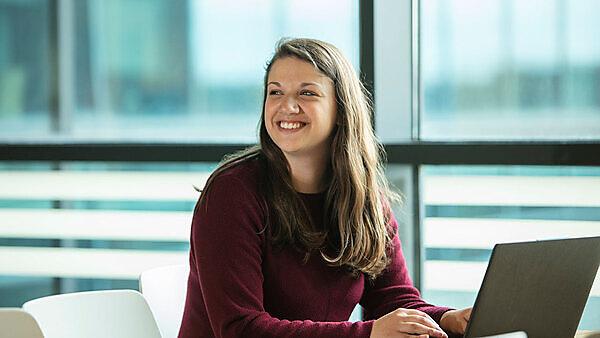 I grew up in a small town that is mostly farms and universities. I had never been to England before and I had never lived on the coast. It has been such a wonderful experience that I have decided to stay in the country for longer.

My journey to Plymouth

While I have always been interested in animals, my personal journey into this field actually relates to my learning disabilities. I was really struggling in high school and my grades were plummeting. I ended up getting tested and we learned I had multiple learning disabilities. For me, hands-on learning is a much better way for me to learn. I attended a large public school where I was having a hard time feeling motivated. My parents ended up sending me on a three-week course to Costa Rica to do primatology and I fell in love with animal behaviour and research – I loved being out in the field seeing exactly what I had studied in a classroom. This gave me the motivation I needed to finish high school.
Before attending university I took a gap year where I got to experience a few different aspects of animal conservation. I spent time working at an animal sanctuary and rehab centre in Costa Rica, and then did research out in South Africa. I then went on to complete an undergraduate degree in upstate New York (Bard College) where I double majored in biology and photography. For biology, my thesis brought me back to Costa Rica where I designed, implemented and researched a novel foraging enrichment device for common marmosets (tiny monkeys) in captivity. My art photography thesis centered around the relationship between animals and humans.

After undergrad, I ended up taking a five year break where I worked various jobs – including at zoos and aquariums – until the pandemic hit. Like a lot of people, I became unemployed and really thought about my priorities in life and what I actually want to do. This led me to the decision to go back to school for a masters degree and I knew I wanted it to be in animal behaviour. When I started to look into programs, the majority of them seemed to be abroad; there were very few options in the US. On top of that, US programs are longer (2 years vs. 12 months), they are more expensive, and they would have required me to complete a national standardized test which would have been very difficult with my learning disabilities.
I narrowed it down to four universities, and met with directors and students alike to make my decision. I eventually chose Plymouth because the course was zoo specific (as opposed to farm animal welfare), and focused on more than just behaviour and welfare, which would give me more employment opportunities. Other universities teach applied animal behaviour, and the Plymouth course was a lot more hands-on. The program partners with Paignton Zoo, so twice a week classes are on campus and twice a week classes are at the zoo. I got to learn from a variety of people who are currently doing the type of work I would like to do one day.

Help every step of the way

Before I even accepted my place at Plymouth, the disability advice team had already reached out and gotten my accommodations in place.

This made me feel a lot better about my decision, knowing I would have the support I needed.

Also, with regards to the process of the CAS/Visa and questions about moving here, the international department at Plymouth was very helpful! I emailed them all the time and they were very responsive with any big or small questions I had. 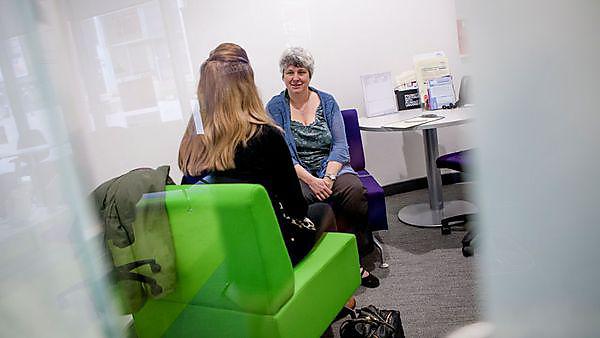 In the first term, we got to take an animal behaviour and welfare module and since that is the field I want to go into, that was a highlight course for me. Also, while I am not necessarily interested in management, we got to take a contemporary zoo management module which was led by a very high up individual at the zoo. This offered us a realistic look into the challenges zoos face daily. This term, we have had to take small population genetics, which has proven very difficult, but we got the opportunity to analyse and make breeding recommendations for an actual captive population of primates. The software was difficult to learn, however, it offered us life skills that are CV worthy – I have even come across jobs that require knowledge of the software.

These opportunities are not to be taken for granted even if they are wrapped in the format of a graded piece of coursework.

and teach out of Paignton and getting to learn from them has been a pleasure. They are extremely intelligent and powerful women. Holly for example is director of welfare at the zoo, is a professor for multiple courses for us, works on the BIAZA welfare group, manages a breeding program all by herself, and has children. How she does it all I have no idea, but she is very inspiring.
Since I have already had the opportunity to do multiple animal behaviour studies before, I really wanted to push myself and go to the 'next step' with my dissertation. My project is going to analyse a pre-existing welfare assessment form that zoos are using. This form looks at a large range of information to determine if an animal has good welfare (i.e. 'happy', healthy, and its habitat is meeting its needs – stuff like that). My project is looking specifically at the reliability of the form so I will be travelling to a few different zoos and asking keepers, researchers and vets to fill out the same form with the same information to see if they come up with the same scores.
This is going to be very useful information for zoos. For example, if a level 1 keeper can get the same score reliably as a curator or manager, that could mean less work for someone who already has a lot to do. Or if a reptile keeper can come up with the same answers as a primate keeper when analysing a primate, that means keepers can reliably ask for help from other knowledgeable individuals.

Looking to the future

I would like to go on to be a welfare/behaviour consultant or director at a zoo.

To do that, I will probably need a PhD first, so that has been my focus. I would like to do one here in the UK, but finding funding might take a bit of time. In the US, a PhD would still require me to do that standardised test which would take a lot of time and money. As well, a PhD is longer in the US than the UK – 6 or 7 years compared to 3 or 4 years here. 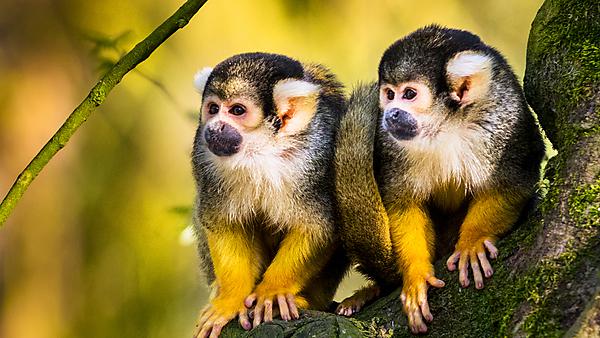 I love playing ultimate frisbee in my spare time but my favourite non-academic thing is the people I have met. When I moved here, I had been living in a different city and state than where I had grown up. I had been there for 3 years working and had barely made any friends. I didn’t think much of it until I moved here. I’ve had the opportunity to make international friends by attending the international welcome week back in September, like-minded friends from my course, and friends from joining a club. I didn’t realize how much I missed socialising until I was back here going to pubs and long sessions at the library.

I know I have made life-long friendships here and that is something I am extremely grateful for.

It has been really interesting meeting people and being asked about America. Something that comes up a lot is the cost of education and the cost of living, as well as some more intense topics like gun control. While England has its issues, universal healthcare is completely amazing to me, something I would only ever read about. Also, it is hilarious what British people consider a long car ride. I tell people I would drive 21 hours to go home and they tell me they rarely go home because it’s a 3 hour drive. It is very funny!

Make the most of your time. Go to the pubs, go to the clubs, enjoy living in a new place. If you’re from the US, take advantage of the cheap flights to Europe!

Are you passionate about animal conservation and welfare and keen to shape the zoos and aquariums of the future? Our unique programme is the first of its kind in the world. Study factors affecting animal husbandry and breeding programmes within the context of international zoo management and collaboration. Our partnership with Paignton Zoo gives you access to their connections, research and expertise – so you’re primed to make a difference. 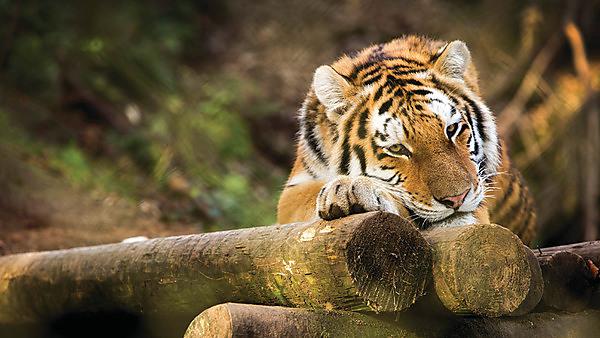