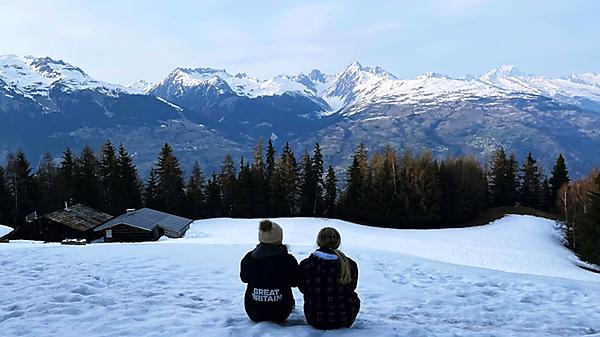 Abi Peake's dream is to represent Great Britain in the Skeleton Team at the Winter Olympics in 2026.

To make this a reality, and to follow in the recent success of Team GB Olympic medalists Lizzy Yarnold and Laura Deas, Abi is currently training full time with the GB Skeleton Development Squad in Bath, which has included ice camps in Norway, Latvia, and France – while studying BSc (Hons) Psychology at Plymouth.
Close to 250 hopefuls put themselves forward for this fast-track scheme that aims to take athletes from novice to Olympic champion, with Abi going through extensive physical testing combined with individual interviews, sport-specific coaching and assessments over a three-month period, before being selected for full time training.
Skeleton is one of Team GB’s most successful winter sports and sees competitors slide head first down an ice track. Considered the world’s first sliding sport, since skeleton's re-introduction into the Winter Olympics at Salt Lake City 2002, Team GB's women have won a skeleton medal at every Games since.
In a candid conversation, Abi talks about her love of speed and what made her shift from racing on track to on ice; the selection and training process for the GB Skeleton Development Squad and her Olympics ambition; and what the future may hold beyond a potential appearance at the Milan Cortina Winter Games. 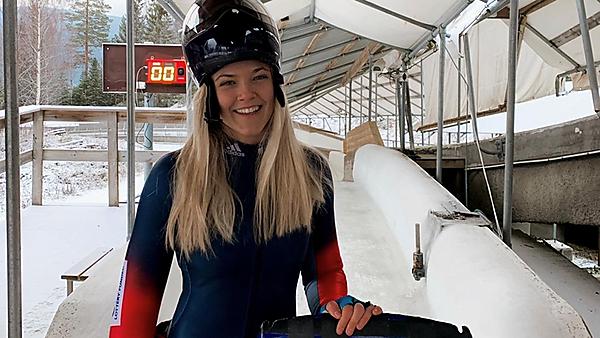 In conversation with Abi Peake

From track to ice

You seem to have a hugely enthusiastic passion for sport. Have you always been this way?
I have always had a passion for sport from a young age. I used to train in 100 and 200m before transitioning into skeleton and I love it. I also did a bit of football too. My parents have always supported me in training and I’m really grateful for that.

Who has inspired you to get to where you are so far?
The people who inspire me the most are the other athletes I train with, especially those who have just been to the 2022 Winter Olympics. They are always extremely helpful and remind me that if I work hard maybe one day I too could be an Olympian.

As a 100m and 200m sprinter and former 200m age group national champion who represented England, what inspired you to progress from the track to the ice and to skeleton in particular?
I’ve always loved athletics and competed because I enjoyed it. Seeing other successful skeleton athletes from an athletic background gave me confidence that I could transition into this sport too. Skeleton also requires a 30m sprint start, which is something I was already doing in training – only without the sled!
Changing your discipline from track sprinting to sliding down an ice track at 70mph must be a very different experience. Are you able to describe how it feels?
It’s amazing! If you love adrenaline, then skeleton is the sport for you. Everything is heightened, it’s crazy. By the time you’ve got to the bottom of the track, you want to get back up to the top and go again.

Can you tell us about the selection process for the fast track training programme run by the British Bobsleigh and Skeleton Association (BBSA), which is giving you the opportunity to be selected for the Milan Cortina Games in 2026?
The selection phases took place for around six months starting in April 2021. They tested us in a number of areas including: force deck testing, our ability on the push track, sprinting, counter movement jumps, among other things, as well as interviews.
After this a selected group of us were taken to Norway for the final selection where we were tested on our natural ability on the ice. It was then finally narrowed down to four girls.
It is a four-year programme and we are training full time in Bath with the hope to represent Great Britain and win a gold medal at the 2026 Milan Cortina Games.

You are one of just four athletes from a group of 370 to join the GB Skeleton Development Squad. To get to this point you had to go through five selection centres, culminating in a gruelling 10 days at the Lillehammer ice camp in Norway. How does it feel to have come this far?
It’s an amazing feeling to been given such a unique opportunity. Looking back, I’m glad I decided to sign up for the selection phases, even if they were challenging at times.
Can you tell us about the different rounds of the selection progress and what is was like in Norway and the subsequent ice camps in Sigulda, Latvia, and La Plagne, France? What has it been like to experience these different locations in Europe to train?
After the fourth training phase, a group of us were taken in for full time training in Bath over the summer of 2021.
In November, we were flown out to Lillehammer, Norway for the final selection phase. The phase was two weeks long. The coaches wanted to see our natural ability and to give us an opportunity to understand if skeleton was a sport we were actually interested in.
The second ice camp was three weeks and focused more on developing our understanding and technical skills on the ice.
While our final ice camp in La Plagne was where I developed a stronger understanding of skeleton in preparation for the upcoming season starting September/October.

Before skeleton, I had never been to anywhere like these places before which was exciting for me. 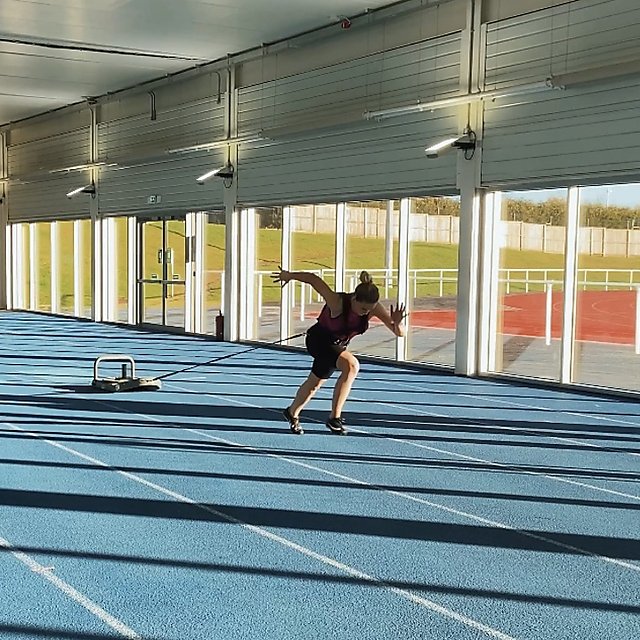 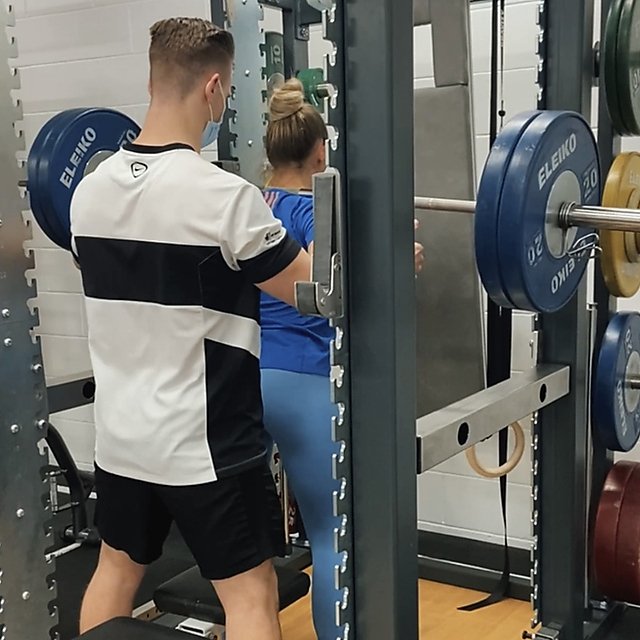 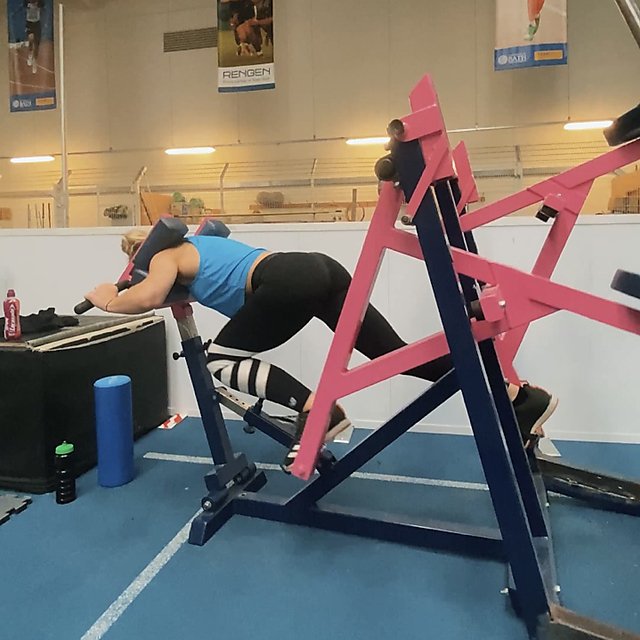 Training for the Winter Olympics

The European circuit begins in the autumn. What are your next goals or milestones for 2022 and beyond? What is the next step in your development?
This summer I will be focusing on my development in the gym and the push track in preparation for the winter season. I am hoping to compete in the European Circuit; however, this has not been confirmed yet.

What would it mean to you to go to the Winter Olympics in 2026 and follow in the footsteps of Olympic medalists Lizzy Yarnold and Laura Deas, both of whom came through a similar recruitment scheme in 2009 before tasting global glory in 2014 and 2018?

It would mean everything to be able to win gold at the 2026 Winter Games – and I am willing to work hard to get there!

Both Lizzy and Laura are such an inspiration, not only within skeleton, but also for other female athletes.
Is there such a thing as a typical training week for you?
I spend four days a week at Bath University training village where I train with the British Skeleton team. In the evenings and on my days off, I will be in Plymouth studying.

How difficult is it transitioning from training on the track in Bath to the ice in camps across Europe?
There is a lot of preparation, mentally and physically, before we transition from Bath to training on ice. Everything we do in the UK is for preparation for when we train on ice.
As we don’t have easy access to a skeleton track in the UK, we make the most of the time we have on ice. We have core aims and targets that we want to be reaching on ice before we have even arrived.

How important is camaraderie in the camp between your fellow athletes and coaches?
Extremely important! Being able to have supportive teammates that push you in training is what helps you succeed. We are all really close which is also really nice. Part of the sport is being able to push each other’s limits so we can all be the best we can be. 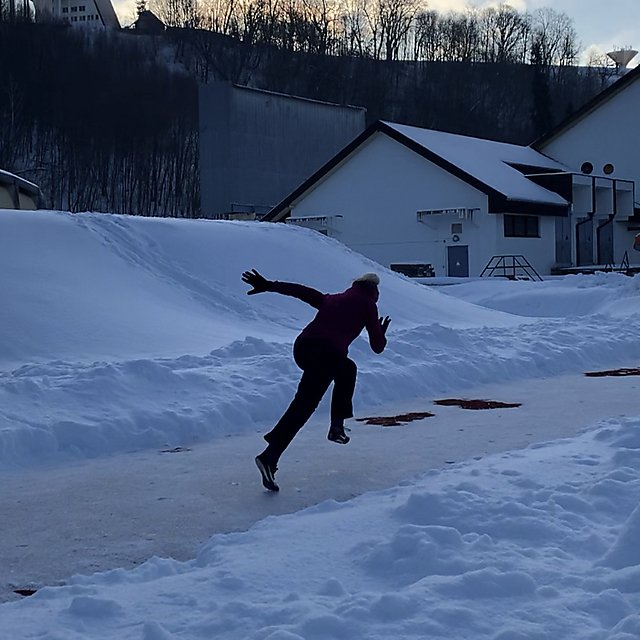 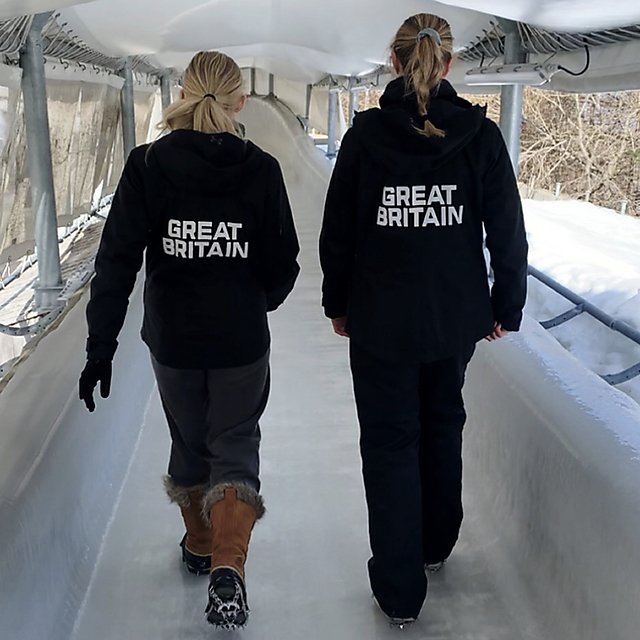 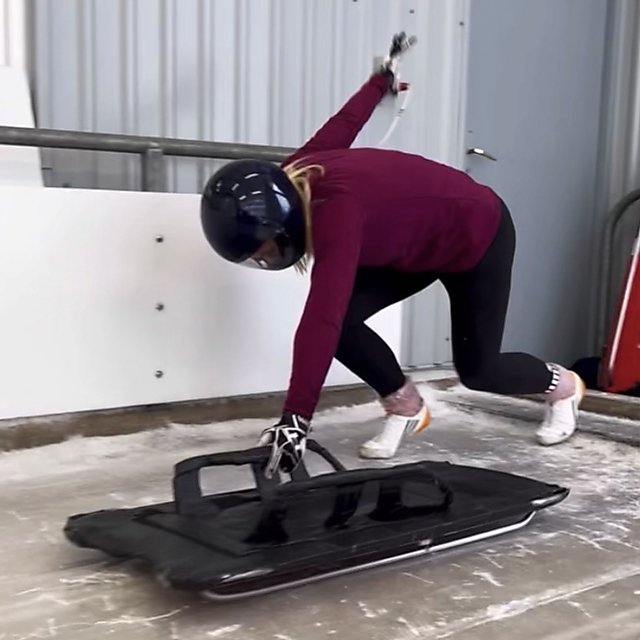 The psychology of sport

Psychology is a key component of every successful athlete. Has studying psychology at Plymouth been beneficial to your time on the track and ice?
I love everything about psychology, I just find it so interesting. There are definitely some things I have learnt from my modules in the last year that could help benefit me in training.

Are there any life lessons that you have learnt from your GB Skeleton journey so far? What have you discovered about yourself throughout the process?
To not be so hard on myself and to be patient with the process. And that when you really want something, you have to work hard for it.
I never thought I would be given the opportunity to travel, study and train at the same time, but I believed I could do it and went to make it happen.
Where does your mental and physical determination come from?
My coaches, teammates, and parents. They all push me to be a better version of myself, which I am very grateful for.

What has been the highlights of the process so far?
Being able to have such supportive teammates and progressing together in this journey.

Has there been any anything that surprised you?

Seeing yourself improve is such an amazing feeling.

Role models and the future

Do you have any role models – both in and out of the world of sport – that you look up?
Dina Asher-Smith – the fastest British woman in recorded history – is a role model I look up to. She’s inspiring to watch and listen to and is a huge inspiration for young women in sport.
Outside of sport, it would be my parents – they’ve always supported and helped me become the person that I am today.

Do you have any advice for students wishing to follow you into a similar career path?
Believe in yourself and work hard at the things you are passionate about. Also, to be patient with the process and surround yourself with people that want to achieve the same things as you.
Do you have a dream job?
I’ve always wanted to do something in psychology. I am really interested in clinical psychology, so something along that career path.

What do you hope to achieve within the next five years – both within sports and academically?

I want to continue studying in psychology and finish my bachelors degree, and I would love to see myself representing Great Britain at the 2026 Milan Cortina Games. 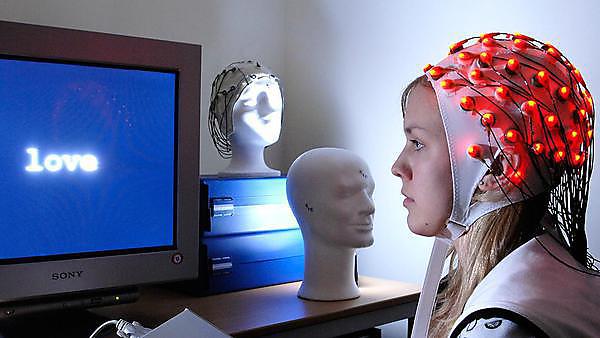 As one of the largest and best resourced psychology departments in the UK, we cover all areas of psychology. We share our expertise and enthusiasm for psychology with over 800 students and offer undergraduate and postgraduate courses, and a Doctorate in Clinical Psychology, all accredited by the British Psychological Society.
We have an impressive range of specialist expertise reflecting all the major branches of psychology. Your course will be delivered by experts in their fields, many with international reputations for their research. Student learning and support were rated as excellent by The Sunday Times, based on our evaluation by the government's Quality Assurance Agency.