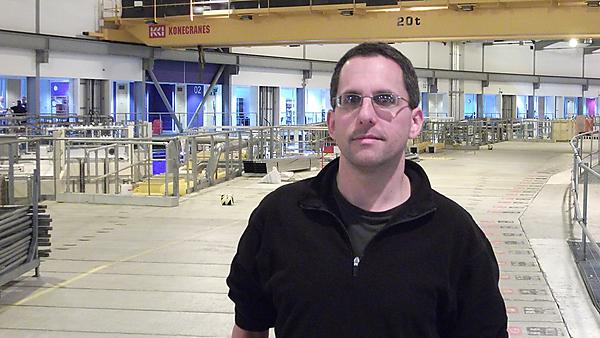 "Back in 1998, I completed my degree in Mathematics at Plymouth University, then went on to Cambridge University to do Part III Mathematics, at the Department for Applied Mathematics & Theoretical Physics. Following a short excursion into astrophysics I took a programming job at the MRC Laboratory for Molecular Biology in Cambridge, where I moved into the area of macromolecular crystallography, the study of biological macromolecules (e.g. proteins and similar) by X-ray diffraction. This work then took me to Daresbury Laboratory, the home of the UK's first synchrotron radiation facility (where I completed at part time Ph.D. at the University of Manchester) and then on to Diamond Light Source, where I now lead a team developing new methods for the analysis of X-ray diffraction data.

The environment at Diamond Light Source is very much on the boundary between academia & industry, and the work is also on the boundary between application and theory, as we are trying to develop new methods to extract the maximum amount of information from increasingly weak data but also support ongoing experiments. My background in mathematical methods has proved critical over the years, particularly as the analysis of X-ray diffraction data requires such a wide range of techniques. The 'instinct' I have been able to build up on how algorithms should work has been particularly valuable, as this has often accelerated problem solving."