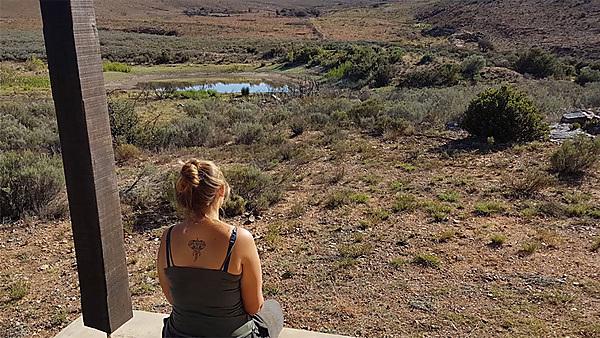 The pull of the wild

Originally I had planned to do medicine – I had my application ready for submission to UCAS – but I hesitated and decided to take a year out to think about it more.

I had always thought about conservation and working with wildlife and the natural world, but thought it was an unrealistic goal to support me and not how I saw my life going. But one day I just turned around and asked myself, why not live to work, rather than work to live?

I grew up with my family in Plymouth and once I realised that conservation biology was for me and that the University had the course I wanted to do, it didn’t make any sense to go anywhere else.

Field trips and placements are really good to get an idea what it is like out in the field as a researcher.

They are a great way to get know your course mates and your lecturers, too, outside of the classroom and to get to know them as people. I've been fortunate to have had a great placement year, which has given me so much experience, a chance to put a lot of theory from the course into practice, as well as grow as a person and a conservationist. 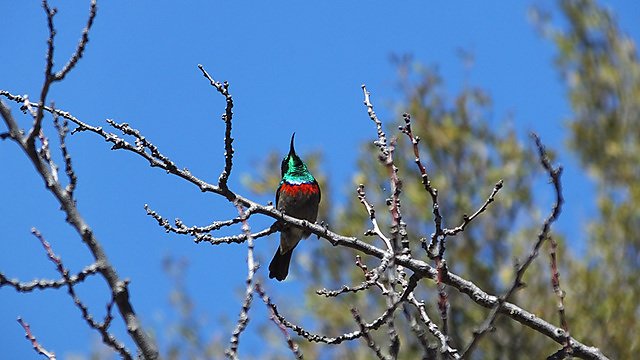 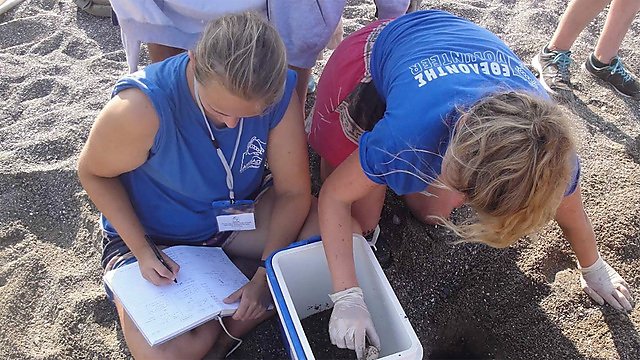 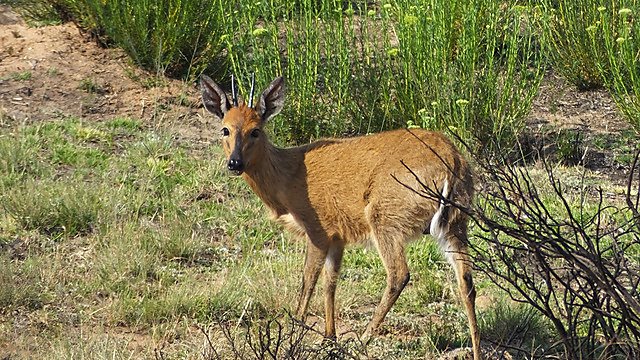 My first placement was with the Sea Turtle Protection Society of Greece in Archelon, Zakynthos. I was fortunate to work in two different projects, in three different roles, across the year.

During the first summer, I spent two and a half months on a loggerhead sea turtle nesting project in the Bay of Lagana working in collaboration with the National Marine Park of Zakynthos. My January was spent at a rescue centre in Athens, before I returned to Zakynthos in my second summer for a leadership role.

As a morning survey leader for both nesting and hatchling season, I was responsible for leading a small group of volunteers on the beaches each morning. I learned how to read and interpret tracks of both adult and hatchling turtles, determine whether a nest had been laid or hatched, take necessary data, implement protection measures and inform the public. I also led on expeditions to deal with stranded sea turtles, and on night surveys, wherein we would tag and take data on turtles that were currently nesting.

The main highlight was definitely the people. Meeting people on the beaches and talking to everybody.

One day we did a release of a sea turtle I had known from the rescue centre, so it was really nice to see her go back to the sea. It just felt that was what we were there to do – the monitoring of the research but also educating the public. 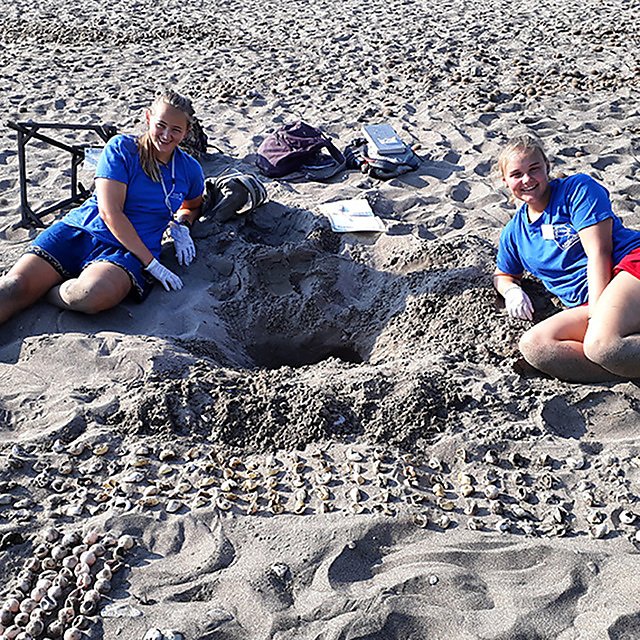 Victoria (left) and colleague researching on the beach 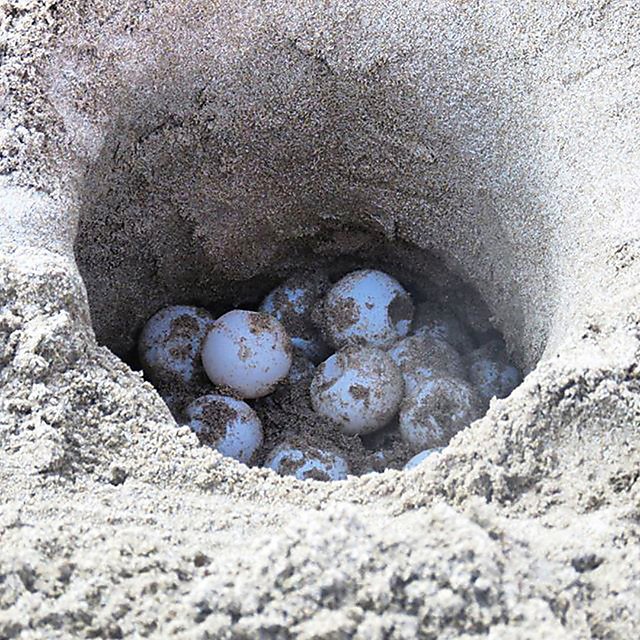 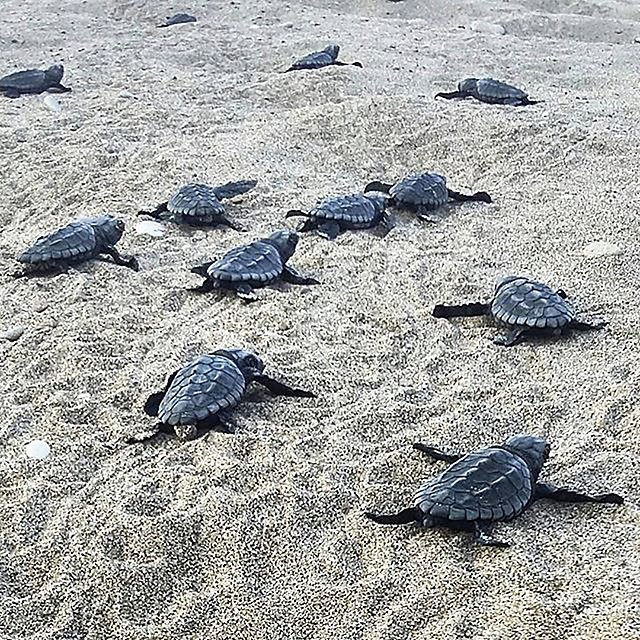 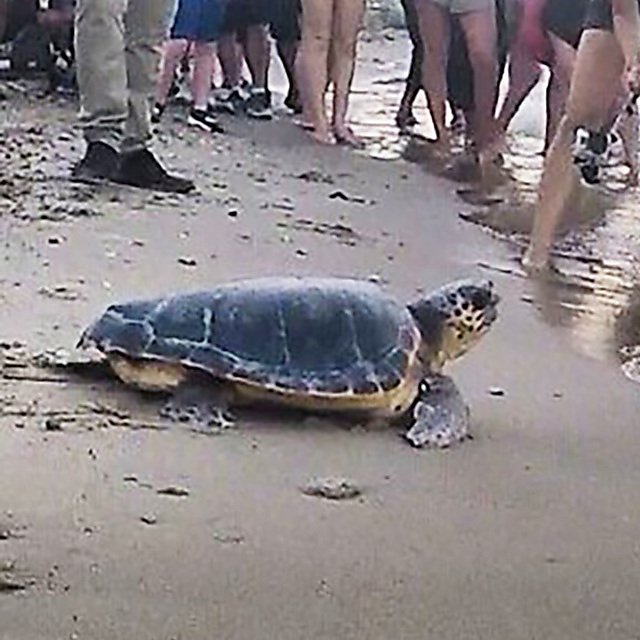 Across my two summers with the beach project, the difference between the public perceptions of plastic pollution from one year to the next was really interesting to see.

I took part in public awareness campaigns across the island, where I talked to tourists visiting nesting beaches to inform them of the beach rules. In the second year, more people were talking to us about plastic and picking up litter and joining in with our beach clean. It was nice to see people getting involved, caring about something and talking to us about it.

The research did come with a number of challenges. There were difficulties with balancing the number of tourists and monitoring the turtles nesting activity in the bay. There was a lot of beach furniture for example, so you are trying to follow a turtle track and you see one come up the beach and hit a sun lounger and then go back down and you think ‘oh no’.

I took part in the monitoring of violations recorded in the area, including on turtle spotting boats and patrolling beaches. Trying to keep the beaches safe at night for the turtles and to explain this to the tourists was quite difficult.

Ninety-nine percent of people were amazing – they wanted to know what you are doing, they are really interested and ask lots of good questions.

But the other one percent weren’t particularly appreciative of someone telling them they are not allowed on the beach before 7am or that they have to stay at the front of the beach. We did get people, including some locals, challenging us, which in itself provided an extra challenge for us. 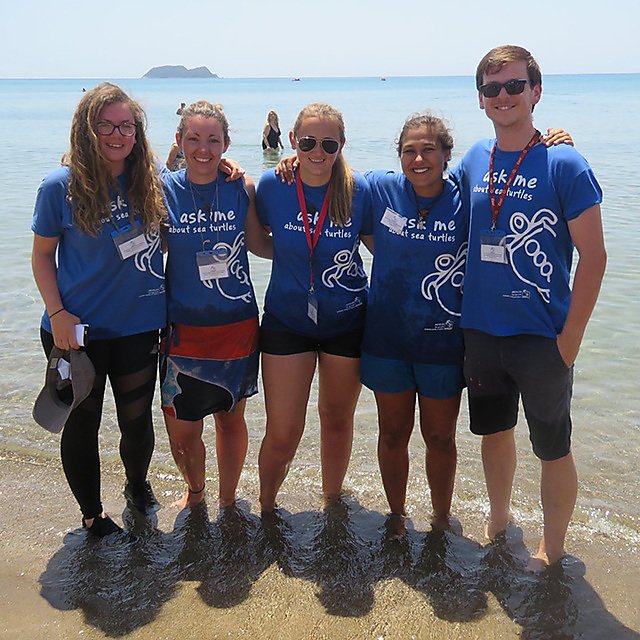 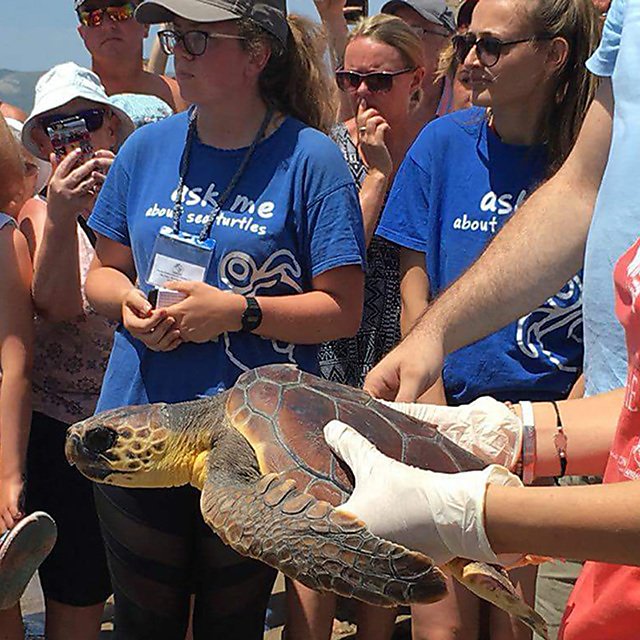 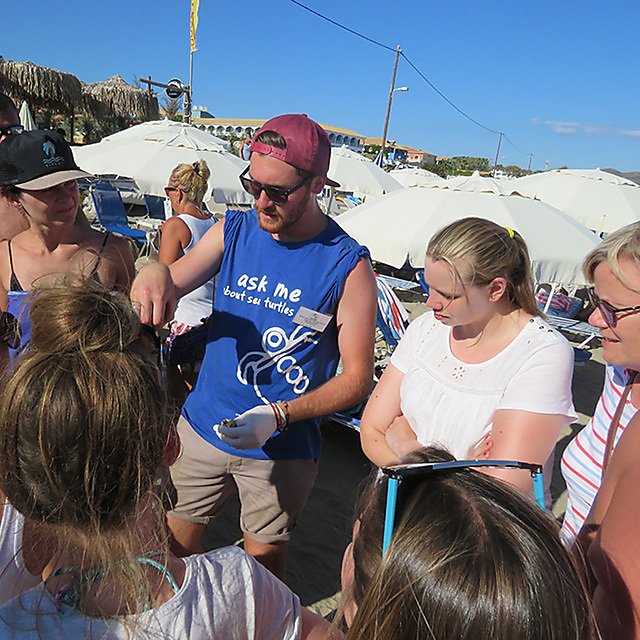 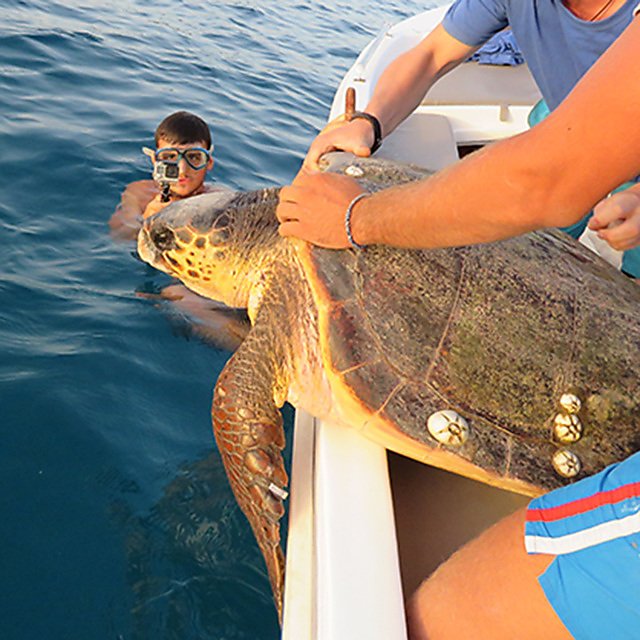 I had fallen in love with South Africa when I volunteered there in my gap year between my second and third years and I knew I wanted to go back. This three-month placement project took place in the Cape Floristic Region, which was a completely different area to ones I previously had visited.

It wasn’t so much about elephants and lions, as amazing floral diversity and a few cryptic species and a lot of farmland. It was nice to see a different side of the country which was less touristic.

It was fascinating to see the different types of attitudes toward conservation. There was a lot of human-wildlife conflict. We had a neighbour on one side who quite often used lethal methods to control jackal, leopard and caracal. While on the other side we had a farmer who took great pride in showing us his leopard-proof boma – an enclosure – he had made for his sheep and told us he had never had a problem, just one lamb taken in ten years. So to see the contrasting attitudes was interesting. 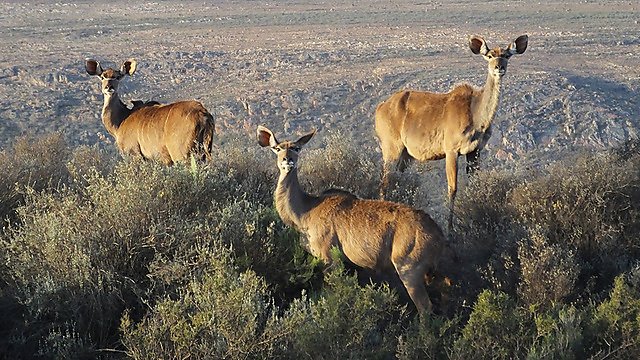 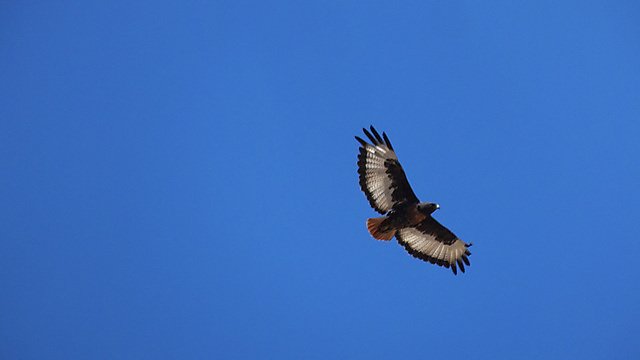 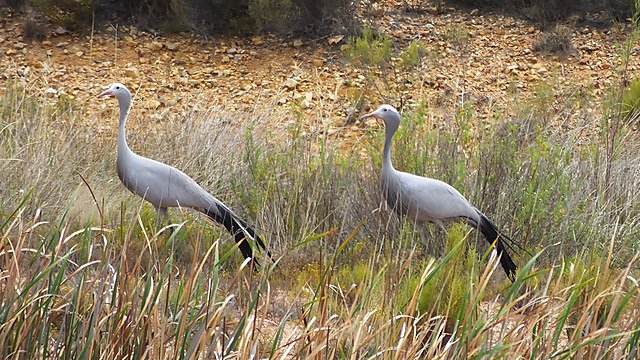 Capturing the caracal on camera

A real highlight was in the Oudeberg Nature Reserve when we got our camera traps back with caracal on it – a medium-sized wild cat native to Africa – it was amazing because we had been trying to get the cameras to work for two or three weeks. Lots of repositioning to try to get the angles right and changing of locations, but getting nothing and quite frustrated.

So, on the day when we picked up our first beautiful image of a female caracal it was amazing and what we had been working towards. It just proved we were doing something right.

I have completely fallen in love with Africa, so I would love to go back there again for my career. The camera trapping we did was really rewarding, although I didn’t appreciate the limitations of that method of surveying until I returned to Plymouth and started doing modules in my final year on geographic information systems (GIS) and distributing modelling. I would love to go back to Africa and do some similar research with the knowledge I now have from my final year at Plymouth. 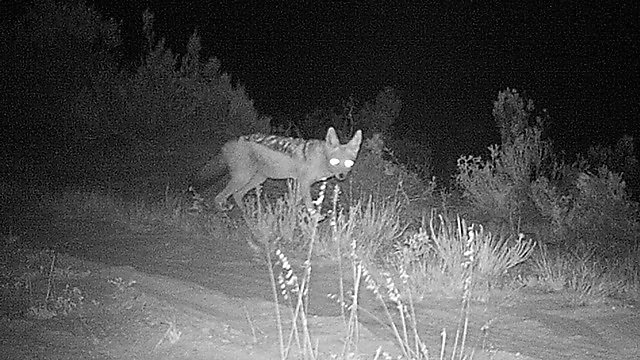 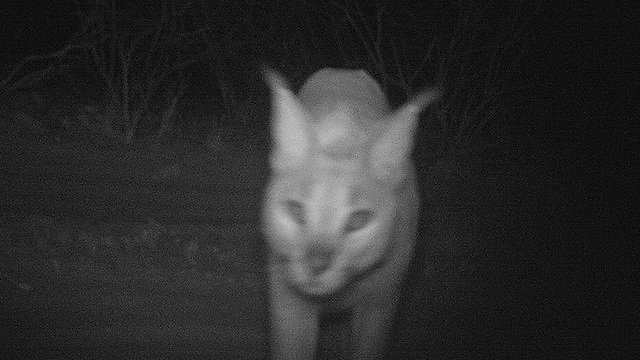 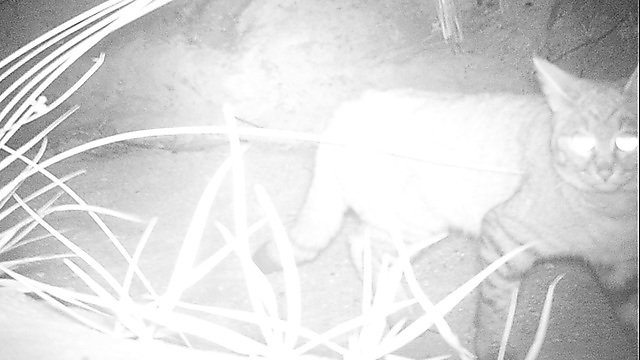 Placements really do propel your career

The course has helped me develop as a person. I’m a completely different person to who I was in the first year. It has made me think more critically and scientifically about the world and it provides a really good framework for learning the concepts and skills you need to succeed in conservation. It also gives you the freedom to pursue your own interests with coursework and further reading.

I would recommend to get as much experience as you can, as soon as you can. It’s never too soon to start getting experience. And get as many different places and types of work that you can get.

I would definitely recommend doing the placement year option because you have the time, the support of the University and the chance to get as much experience in as many different places as you can.

Don’t worry about getting your placement year completely planned as you're leaving the second year, as mine came out of nowhere. Don’t be afraid to ask lecturers for help with ideas where to go, as they have lots of contacts – they will find you the real conservation projects that won’t cost a lot for you to do very little, you will go on placements where you actually will be useful to these organisations, make a real difference and make life-long memories and skills.

– All images by Victoria Coulton.

Why should we conserve biodiversity? How can we manage and restore habitats?

With a hands-on approach, we’ll give you the scientific tools to address these issues, developing your understanding of plant and animal biodiversity in the UK and abroad. Develop your knowledge of key areas such as population ecology, evolutionary processes, behavioural ecology, conservation genetics and habitat management, and prime yourself for a career in ecology, conservation or environmental monitoring. 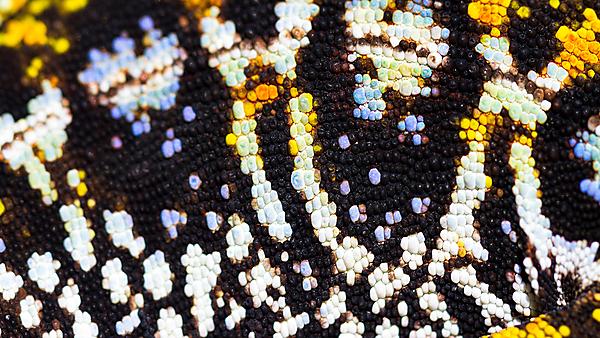