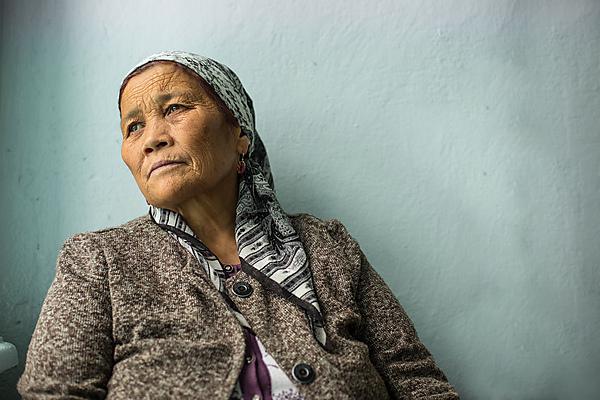 It was when the people began to dance that Dr Rupert Jones knew that they’d made a breakthrough. In a remote Kyrgyzstan town, the men and women started rising to their feet and moving to the rhythms of their traditional music.

“A whole different warmth and energy entered the room,” recalls Rupert, Associate Professor (Research) in the Faculty of Medicine and Dentistry, of the moment that a workshop on lung rehabilitation truly began to transcend cultures. “The people of Kyrgyzstan remember the good times, when music and dance was very important to them. In many ways that has slipped, so to go back to it was, and is, a very positive thing.”

This snapshot from a fieldtrip in the summer of 2018 encapsulates the impact the €3million EU-funded FRESH AIR project is having, bringing hope, health, life, to people suffering from Chronic Obstructive Pulmonary Disorder (COPD). Across Uganda, Kyrgyzstan, Vietnam and Greece, it has introduced for the first time awareness raising of, and rehabilitation from, the debilitating effects of COPD – the third leading cause of death in the world today.

“It’s a fascinating project because what we’re ultimately doing is helping people to heal themselves, without using drugs,” Rupert says of the work he is leading. “That is really, really powerful. It is about educating and changing mind sets. Seeing the smiles of the people who have been through the rehab programme is very moving. You hear the patients’ stories of how well they are – where before, they were just dying.” 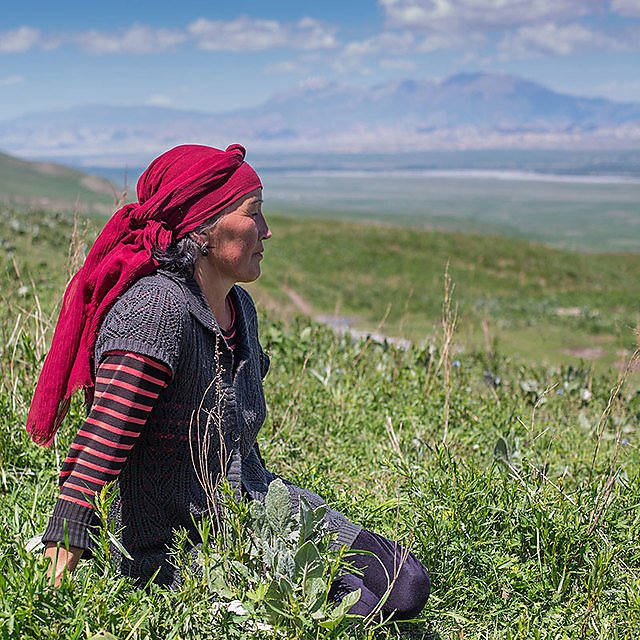 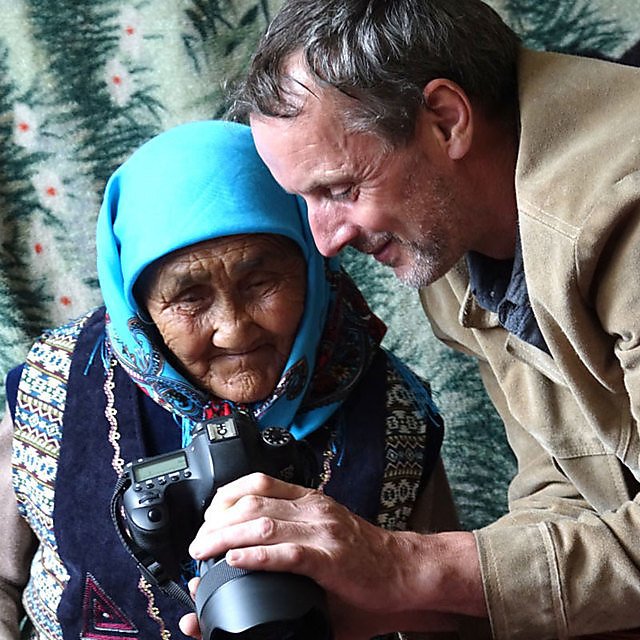 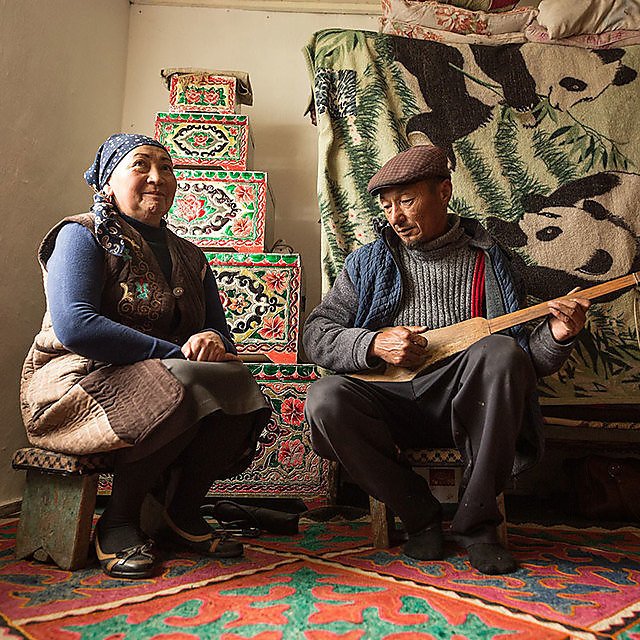 The long road to Kyrgyzstan is one that Rupert Jones has been travelling along since he first began to research lung disorders in the 1980s.

A GP by training, and a father to three asthmatic children, Rupert initially looked into the likely causes of the then asthma epidemic during that decade. But when he joined the academic community at the University in the mid-90s, Rupert, turned his attention to COPD, and quickly became involved at both national and international level, helping to establish education, research and policy frameworks and guidelines. And then in 2003, he was one of the founding members of the International Primary Care Respiratory Group (IPCRG), a clinically-led charitable organisation whose mission is to conduct and promote research into the care, treatment and prevention of respiratory diseases and tobacco dependence.

“Through the IPCRG we quickly developed links with Australia, Canada, and across Europe,” he says. “But there was a whole world out there, of Africa, South America, and Asia. So a group of us set up a project in Uganda, where we conducted a survey of the rural population, looking at the risk factors for, and prevalence of, COPD in adults over the age of 30. The results were staggering; 16 per cent had it, and at a much earlier age than we typically saw in more developed countries.”

COPD covers a range of progressive and incurable lung diseases including emphysema, chronic bronchitis, and non-reversible asthma. It is associated with air pollution, lung damage following tuberculosis, cigarette smoking, and fumes from cooking on open stoves. And it was these last two causes that were of particular concern in Uganda.

We talked about what we would do about this, and we sat in a room with all of the healthcare workers and they said they wanted two things,” recalls Rupert. “One was to tell people about the problem, particularly things they could do around tobacco smoke and biomass smoke from cooking. So we developed a lung-health prevention programme, the first of its kind in the world. And the second was to develop a programme of pulmonary rehabilitation to make people better. And again, that was completely unique.”

Over a series of projects, funded by the likes of the Medical Research Council and the Department for International Development, the team, led by Rupert, began to accumulate a body of work notable for its insight and impact. This led in 2015 to a successful application to the Horizon 2020 fund, and the launch of the three-year FRESH AIR project, which extended the scope from Uganda to Kyrgyzstan, Vietnam and Greece – all countries with high levels of smoking and COPD. And it was working with the ex-Soviet nation that presented the team with arguably its greatest challenge.

“We realised this was a country with an environment completely different to where we had been working before,” says Rupert. “It is remote, mountainous, and has no functional primary healthcare structure. But it is a wonderful country to work with, full of very intelligent people who are really keen to make a difference. And they wanted to do it not just for the cities, but the whole country.”

Across two field trips to Kyrgyzstan, Rupert and his team met representatives at all levels – from the leading hospital in the capital city of Bishkek, to community centres in small towns such as At-Bashi. On the first visit, in 2017, Rupert and the team delivered training to health officials and hospital staff, so that they could begin to implement rehabilitation programmes themselves, as well as disseminate the training to others. On the second visit in the summer of 2018, the team was able to move away from the major population centres, and spoke with health workers and local people in some of the smaller towns and rural areas. 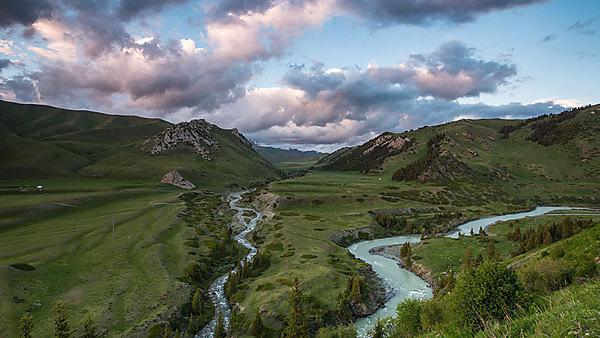 Rupert says: “Chronic lung disease is a very isolating condition. Because you get breathless, you cough, and people don’t want you around too much. So you tend to stay indoors. You don’t want to exercise because you’re going to get breathless. If you are in Kyrgyzstan, you have a nine-month winter, and so peoples’ lives are spent in these very small rooms. You’re exposed to the smoke, you’re inactive, your muscles become weak, and the problem is exacerbated.”

“And stigma is a massive factor, as well,” he adds. “If you have TB you will probably be locked up in a hospital, away from your community until you are treated and released again. When you are released, you may have lost your job, your family, your wife and children. You’re often away for two years! So if you think you have TB, you don’t tell anyone. And what happens? You get really bad lung damage.”

The team conducted a number of qualitative interviews and distributed a ‘five steps’ leaflet, which had been designed by illustration students at the University, and translated into Russian. And they also spoke to the villagers about the issue of rehabilitation and exercise.

“It’s a very interesting thing,” Rupert says. “We know that exercise strengthens people with bad lungs, and if I said to you that you need to go to the gym, you’d probably be fine with that. If you said it to a little old lady in a Kyrgyz village that would be a very different thing.

“So on that second trip, we were accompanied by a doctor from Imperial College who is interested in pulmonary rehabilitation and dance, and who used to be a professional dancer. During a visit to a clinic he asked the people about rehab, and how it would work for them. And then he asked them about music and dance and you could see the energy in the room change. We then did a dance session outside, and they all loved it. They loved it. Later that evening we all had this huge dance and there was probably 100 people involved. It remains a highlight of the project.” 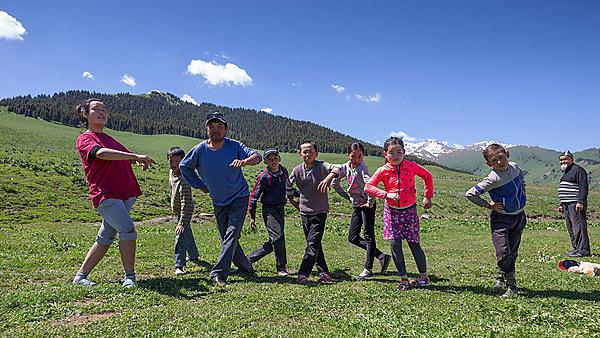 In a country where smoking represents one of life’s few affordable pleasures, and the population is neither attuned nor inclined to take anti-smoking advice from the ‘nanny state’, the opportunities afforded by combining dance and rehabilitation are undergoing further research. And indeed, a new project called RECHARGE has recently received funding from the National Institute for Health and Care Research, which extends the focus to India and Sri Lanka, and will work to help all six countries build capacity in their own research programmes. 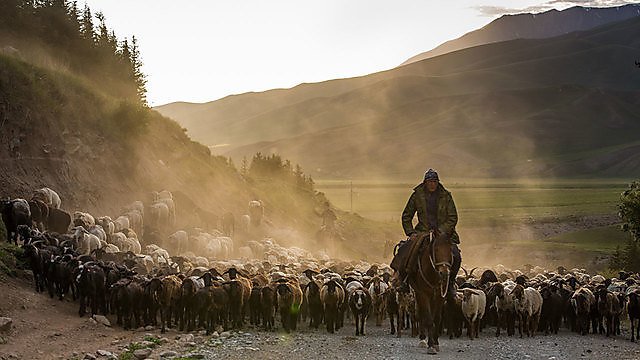 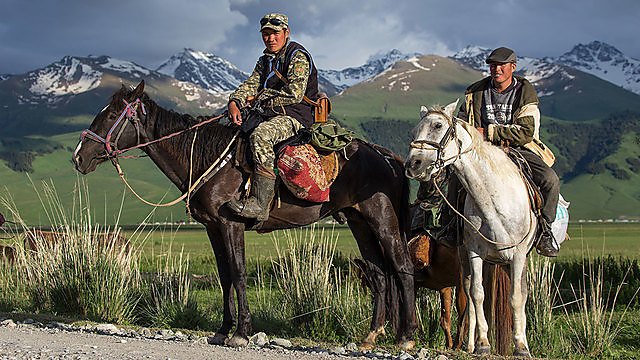 And while the ink dries on the final report into FRESH AIR – formally declared a success by the EU – and a number of research papers are formulated, the links forged by Rupert and his team continue to flourish.

“It is often the case that once a project finishes, the work stops,” Rupert says. “But in all of these countries the rehab is continuing. In Greece, it is in the university hospital in Crete. They’ve never had it before, now it is out there. In Vietnam it is the national programme for the south of the country; in Kyrgyzstan it is the national programme; and in Uganda it is going across the entire country. If you think about impact – that’s big when you’re changing national policy.

“And it is vital that we do this,” he concludes. “If we can get the awareness right, we can prevent the problems for the future. When you look at where the globe’s health is going to be in 50 years’ time, it is the non-communicable diseases, the heart disease, lung disease, diabetes that will be killing people, as they do in the west. We have to deal with the root causes now, because by the time we get to 50 years’ time, it’s too late.”

One of the characteristics of the FRESH AIR project has been a willingness to tell the story through non-academic channels. Much of this has been done visually, including through the photography of Carey Marks, who was introduced to Rupert via the Sustainable Earth Institute and its Creative Associates project. Also involved were Plymouth illustration students, who created original artwork for the various booklets and posters to raise awareness for the dangers of smoke inhalation.