Revealing the partnerships changing perceptions of a ship, its passengers and an Atlantic journey made 400 years ago

By Jo Loosemore, curator of the Legend and Legacy exhibition at The Box 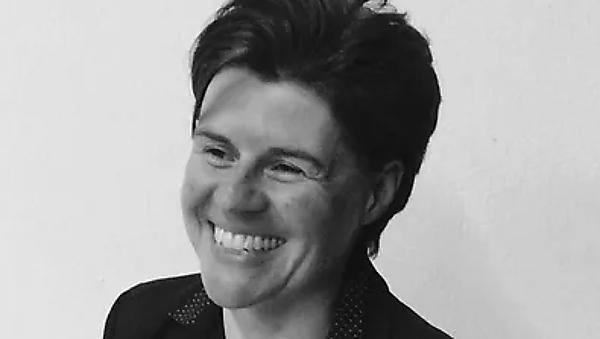 An anniversary for reflection

2020 marks the 400th anniversary of the sailing of the Mayflower. This history connects four nations over four centuries. It is a story with personal connections for some, cultural sensitivities for others and political ramifications for us all.

Our work at The Box, Plymouth [1] is an ambitious response to the anniversary and to both the symbolic and substantive opportunities it offers.

It is also a recognition of the need to genuinely reflect on the English colonisation of America and its consequences. 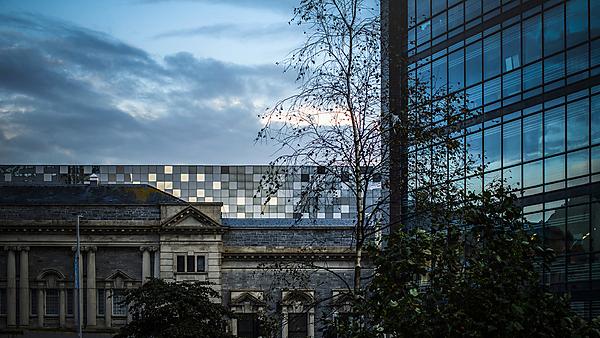 An opportunity to listen

'Pilgrims’ are powerful, so some might have expected us to share the Separatist story, which has dominated Mayflower anniversaries for four centuries.

But their hats and histories over-shadow so many others – the women, the children, the crew who took them across the Atlantic, as well as those who had sailed from these shores before, and, the indigenous people they met, and changed. This is a shared history.

My practice is the curation of community exhibitions and the collection of multiple voices to present different perspectives of a past.

In my experience there is rarely just one tale to tell. So I’m always interested in the people, and particularly those whose stories are not told, or heard.

I wanted to see them and hear them in the exhibition – clearly and loudly. I also wanted to know something of the people I knew nothing.

To my shame, I had never heard of the Wampanoag. But perhaps that isn’t surprising. They have been written out of the Mayflower story for centuries. It intrigued me to know why – and to try to change that. 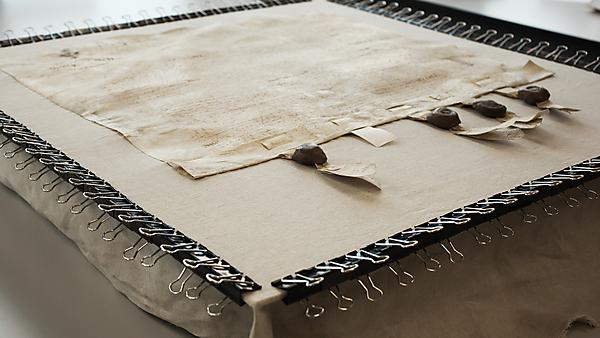 A partnership for action

In 2017, The Box in Plymouth (UK) committed to co-curate its exhibition Mayflower 400: Legend and Legacy with Native Americans living in and around Plymouth (US) today.

For me, and for the city, this was right. For others it was radical. For indigenous Americans, it was surprising.

Understandably, the Wampanoag people have a difficult relationship with Mayflower history and its legacy.

They are the People of the First Light, who have lived in the American eastern woodlands for 12,000 years. They were also subject to attack from European disease and capture by English adventurers.

Yet they enabled the survival of the Mayflower’s colonists, before being subjected to decimation during King Philip’s War of 1676 and generations of repression.

Today the Wampanoag Nation includes the people of Mashpee and Aquinnah, as well as several tribal clans living in modern-day Massachusetts. 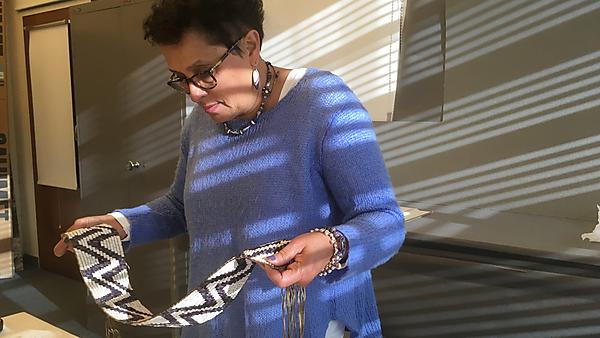 400 years is a long time and four centuries of conflict cannot be ignored, forgotten – or forgiven. Our shared history is one of cultural collision. There is damage and hurt. That is long-term and also more recent.

In 1970, the Wampanoag were censored out of the American commemorations, which resulted in what is now recognised as the National Day of Mourning. Here, as part of the 350th anniversary in 1970, other Native Americans were welcomed to the city, but it appears Wampanoag people were not. We wanted to change that too for 2020. The co-curation of the Legend and Legacy exhibition would make that possible – if we could find a compatible connection over time and sea.

But partnerships take time – and trust. Why would, or should, the Wampanoag people work with us? The history is uncomfortable. Naively perhaps, I also failed to appreciate that colonisation is living history. That was learning to come.

Following months of questions and concerns, our exchanges became answers and suggestions. The Wampanoag Advisory Committee to Plymouth 400 recommended we establish a partnership with Smoke Sygnals (Wampanoag history and communication specialists) ‘to develop a foundation of a shared history between our people’. The mother and son team of Paula and Steven Peters recognised that we wanted to listen and to learn.

My kind of curation is about being open to ideas, ready to create, and committed to getting the story right for contributors and audiences.

SmokeSygnals transformed my aspirations, understanding and outlook on what the Legend and Legacy exhibition could be, and what The Box’s programme for Mayflower 400 could be. Listening, learning and living the past through Paula, Steven and the Wampanoag artists and artisans they’ve introduced our city to, is a privilege.

They have made a 17th century moment a meaningful 21st century experience. They are living alongside their ancestors, while reimagining a culture corrupted by colonisation, and living with its consequences today. That’s powerful. Together we realised we could shape a new interpretation of our shared past – one which included them at last.

Exhibitions require objects, images and ideas. Which ones would allow us to tell a shared story? Early texts are English and they present a colonial view. They’ve also determined how we’ve read the past. We have a written history. The Wampanoag people do not. Theirs is oral, so the stories need to be spoken.

It looks east, not west. Our starting points were different, so were our sources. That makes for a richer, rounder world.

When you come from different places – literally and metaphorically – there’s somewhere to go. We could travel through the past with English armour and Wampanoag arms, West Country pottery and north eastern ceramics, and we could share children’s toys from both cultures. Photographs of the modern-day descendants of the Mayflower’s passengers and the local people who met them could be shown side by side.

Collaboratively we created an exhibition, which emerged from our combined knowledge, expertise and experience – and a shared commitment to a shared story. It’s told through objects found in collections on both sides of the Atlantic and in stories sourced from each culture.

We didn’t always agree on museological matters. As an English curator, I favour original, historical pieces with a proven provenance. My Wampanoag advisors, who have spent their lifetimes rediscovering their culture and representing it to others, use replicas and reproductions. The Legend and Legacy exhibition will show both – of course. 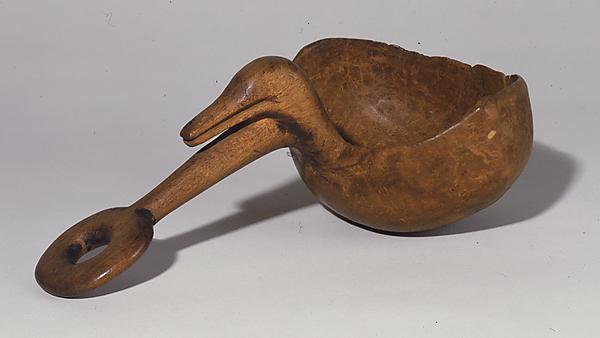 An artwork for tomorrow

As the Wampanoag so often say, and want us to understand, ‘We’re still here’. That matters.

It has also allowed me not just to see the past through them, but to embrace the present too. As an oral historian, who works primarily with living memory, it makes sense for me to use today to look at yesterday. 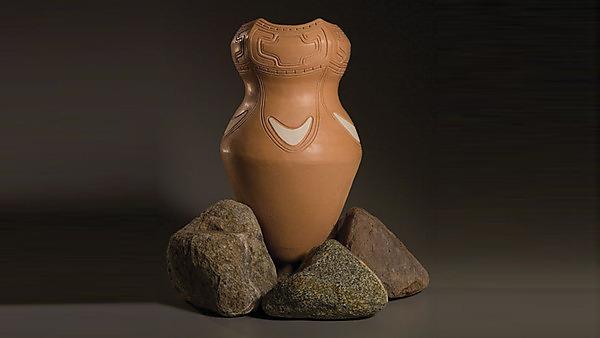 But conversations today also allow us to consider tomorrow. So, we commissioned a piece of contemporary Wampanoag art for the future.

Created by Nosapocket/Ramona Peters, it is Plymouth’s first ever commission to a Wampanoag artist. They said:

“My work allows me the honour of reviving my ancestors’ art through time.

“This pot is a representation of a 1600s Wampanoag cooking pot like the ones used inside family dwellings called wetu. There were often no windows or light except for the fire. The white inlay clay is meant to help locate the pot in the darkened interior.”

The cooking pot will be displayed as part of the exhibition. It will then become part of the city’s permanent collections and a legacy of the modern collaboration between Plymouth and the Wampanoag Nation.

This is symbolic, but it’s also substantive. It tells us something about time too – 12,000 years of Wampanoag culture and 400 years in conflict and co-existence with own. That’s perspective.

It also reminds us of the connections that can be found and expressed in objects, the museums that care for them, and the curators for whom material culture has meaning.

A past to reveal

Co-curating the Legend and Legacy exhibition with SmokeSygnals and the Wampanoag Advisory Committee has been a professional privilege. Few curators get the opportunity to work with communities, which value their culture so keenly, protect it so valiantly, and share it so generously.

The Wampanoag do, always will, and have. Over the past three years or so, they have entrusted their stories to me. That is a personal privilege. Sharing our shared past is now a responsibility like no other.

Hopefully the exhibition will give you the surprises it has given me, and you’ll see the insights, and hear the voices we’ve never heard before.

Now, at last, we can listen to transatlantic stories with different accents. This commemoration will be defined by the involvement of the Wampanoag.

They are still here – thankfully – and they have a story to share with all of us. 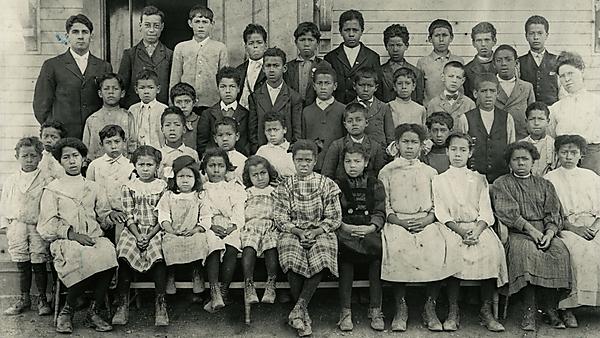 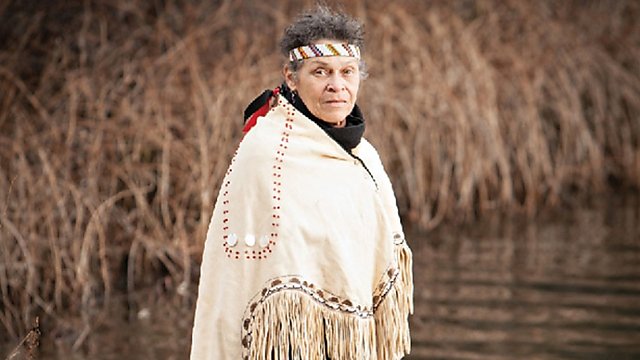 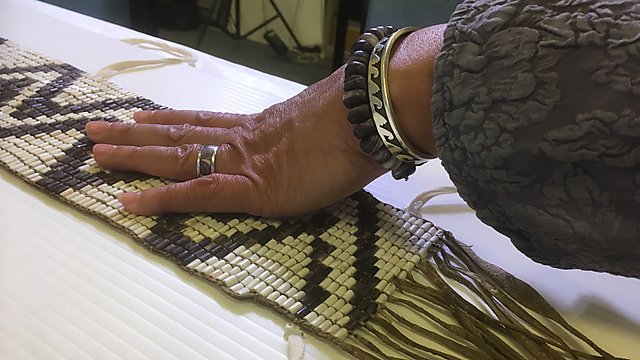 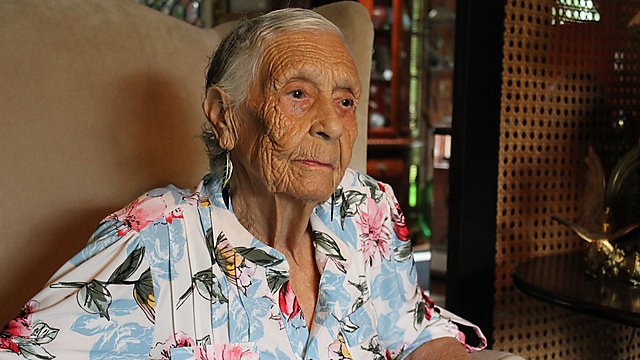 [1] The Box, Plymouth is a multi-million pound redevelopment of the former Plymouth City Museum and Art Gallery, Central Library building and St Luke’s Church, bringing together existing collections with those of the Plymouth and West Devon Record Office, the South West Film and Television Archive, the South West Image Bank, the Local Studies Library and significant loans from the National Museum of the Royal Navy.

[2] Mayflower 400: Legend and Legacy features objects, images and ideas from museums, libraries and archives across the UK, US and The Netherlands. This exhibition explores early English attempts to colonise America, recognises conflict and coexistence with Native America, addresses the political and religious context for the sailing of the Mayflower in 1620, details the lives of its passengers, and considers the cultural, demographic and personal legacies of the story. 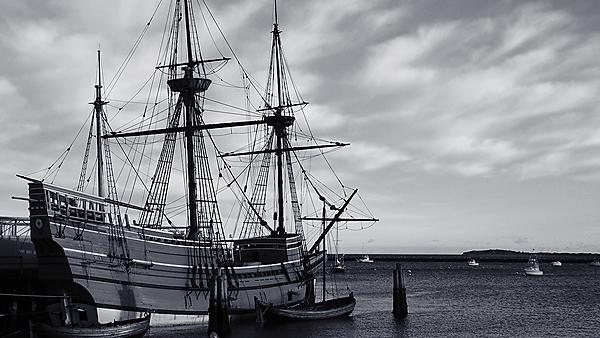